The world is made up of different races, nations, languages, and opinions, but we all share one thing in common: the Earth we inhabit. We depend on the planet’s resources to live our lives. The faith of Islam teaches followers to care for Allah’s creation, as part of our values of ethical behaviour and good character.

Mawlana Hazar Imam has often spoken of the importance of caring for the environment. In Ottawa in 2013, he said, “Our faith constantly reminds us to observe and be thankful for the beauty of the world and the universe around us, and our responsibility and obligation, as good stewards of God’s creation, to leave the world in a better condition than we found it.”

Stewardship is the understanding that humans are responsible for nurturing, protecting, and conserving the earth — a tradition that has existed and been practiced for many centuries. In fact, our own lives and wellbeing depend on a thriving environment.

The word environment itself has many layers of meaning. It can be understood as our surroundings, conditions, or the natural world as a whole. It comprises our planet and its atmosphere, humans, animals, plants, and the buildings that societies construct. The environment is all around us, and everyday we live within it.

For Muslims, the principles of responsibility and stewardship apply to both human society and the natural world. The Qur’an encourages us to leave behind a better social and physical environment for our children and grandchildren. This prompts the question: What changes can we make in our lives to be more mindful of our impact on the world, not just on World Environment Day, but every day?

One of the silver linings of the ongoing public health crisis is that humans everywhere are exploring ways to better care for the environment. Whether this involves walking or cycling instead of driving, reducing waste, recycling more, saving water, using less plastic, or making more discerning choices with food and other essentials.

With a recent reduction in greenhouse gas emissions, air pollution, and harmful industrial activity, the global pandemic has helped us to pause and envision a cleaner and brighter future. As Mother Teresa once said, “A healthy ecology is the basis for a healthy economy.” Finding a balance between human progress and respecting the planet we live on will be crucial to building a sustainable future for ourselves and the generations to follow.

For a number of years, the Aga Khan Development Network has been working in harmony with the natural world to improve the conditions in which individuals and communities live. Its various agencies, projects, and programmes follow a multi-input approach to development, advancing socio-economic prospects for disadvantaged populations, while simultaneously enhacing the natural and built environments they work within.

From Bamako to Kabul, and Delhi to Toronto, the Network’s urban regeneration projects, including the restoration of monuments, the rehabilitation of parks, and the creation of new green space, has provided millions of urban dwellers with a much-needed oasis and restored hope to communities for a better future.

One such project is the Azhar Park in Cairo. Located in the heart of Egypt’s capital, the open urban space has become a popular destination for both locals and tourists. Landscaping features include walkways, fountains, lawns, and gardens overlooking a lake in the traditional chahar bagh style. The park features over 300 different plant species — many native to Egypt — grown in a special nursery, and an orchard provides shade from the sun.

The Azhar Park project and its positive impact on the natural and built environment in Cairo is the focus of a new film entitled Close to Home: Al-Khimyah.

Written and directed by Prince Aly Muhammad, the film shines a spotlight on the 30-hectare Al-Azhar Park — converted from a mound of rubble — and the stories of local residents of the adjacent Darb al-Ahmar neighbourhood. Since opening in 2005 after 20 years of careful excavation and design, Al-Azhar Park has provided much-needed leisure and recreational space to the inhabitants of the city, and is today often referred to as “Cairo’s green lung.”

The film is an account of a city whose foundations were laid over a thousand years ago, which has seen a 500-year-old rubbish dump rebuilt into a lush green oasis, and a poor inner-city district transformed into a thriving community.

Close to Home: Al-Khimyah will be screened on The Ismaili TV on Friday 5 June at 5:00 PM (BST). It can also be seen on the Close to Home website. 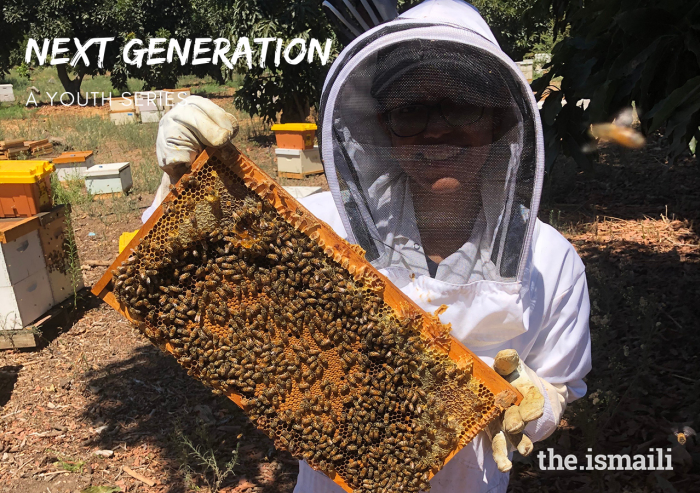