Are you curious to learn more about Islamic history, culture, and societies? The Institute of Ismaili Studies (IIS) publishes a wide range of books that explore some of the diverse manifestations of Islam. This guide, in celebration of World Book Day, suggests a few good places to start.

As a means to engage with new ideas, widen our perspectives, and travel imaginatively, books have been a source of stimulation, solace, and connection for many of us over the past year of pandemic and lockdowns. The IIS’s publications programme has continued apace through this time, with a number of new titles released. Not all of these texts are the academic works on Ismaili, Shi‘i, and Islamic studies that the IIS is well known for. The Institute also publishes books in these fields for a more general reader, that will engage, inspire, and stimulate them to think differently about Islam. Not sure where to start? Here’s a guide to some of the IIS’s most rewarding recent books for a general reader: 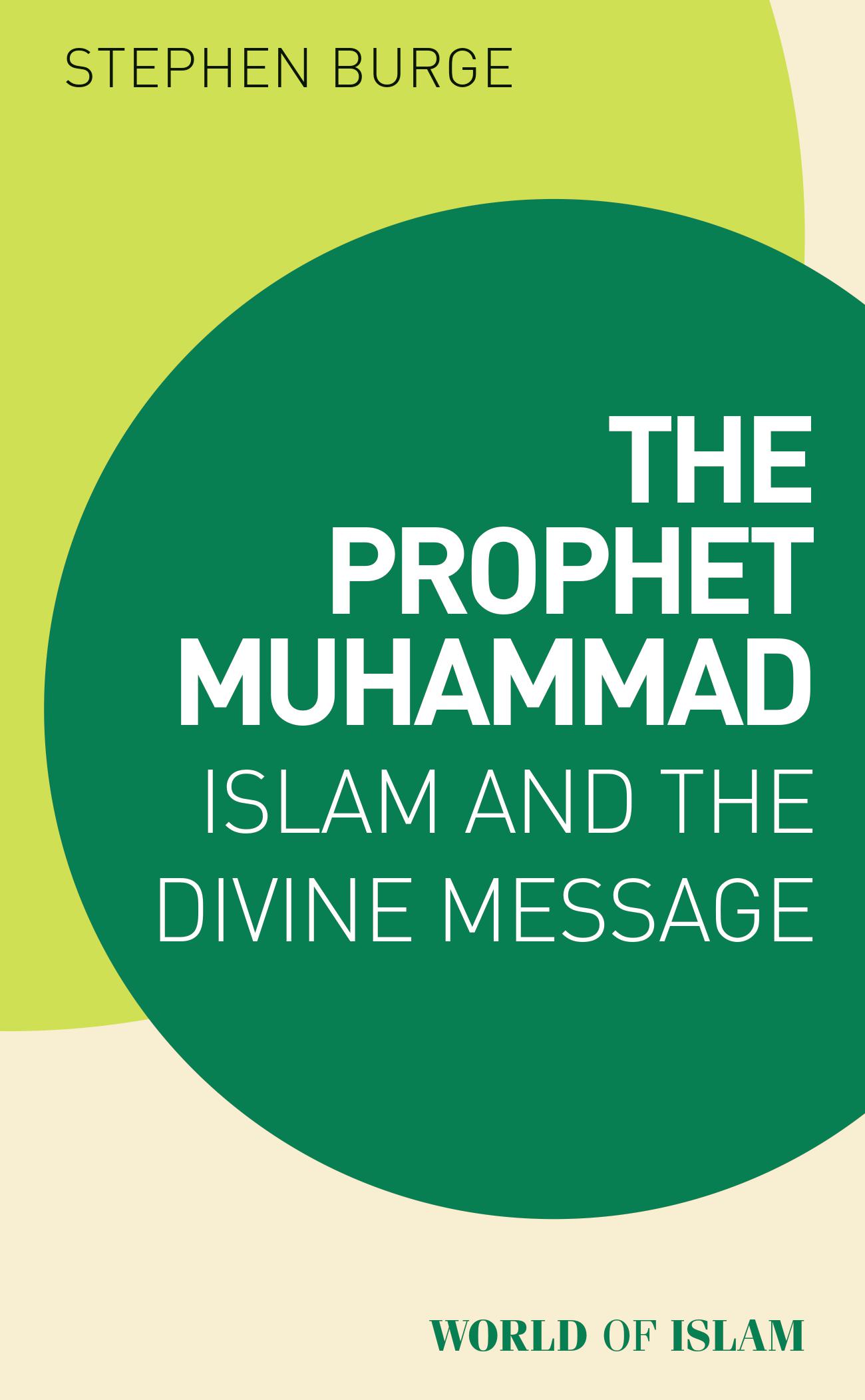 The Prophet Muhammad: Islam and the Divine Message by Stephen Burge

The Prophet Muhammad: Islam and the Divine Message by Stephen Burge

What makes a prophet a prophet? What was the experience like of being a prophet? How did the people living in Mecca, Medina, and the surrounding areas know that the man they simply knew as Muhammad, the husband of Khadija, had received a message from God? And what was so special about this particular man that God should choose him and not somebody else? These are some of the questions that Stephen Burge grapples with in The Prophet Muhammad: Islam and the Divine Message. The most recent book in the IIS’s World of Islam series presents an illuminating portrait of Muhammad in his capacity as God’s messenger and an exemplary figure to Muslims. If you like to listen to your books, it’s now available in audio too.

Order a copy from Bloomsbury
Listen on Audible 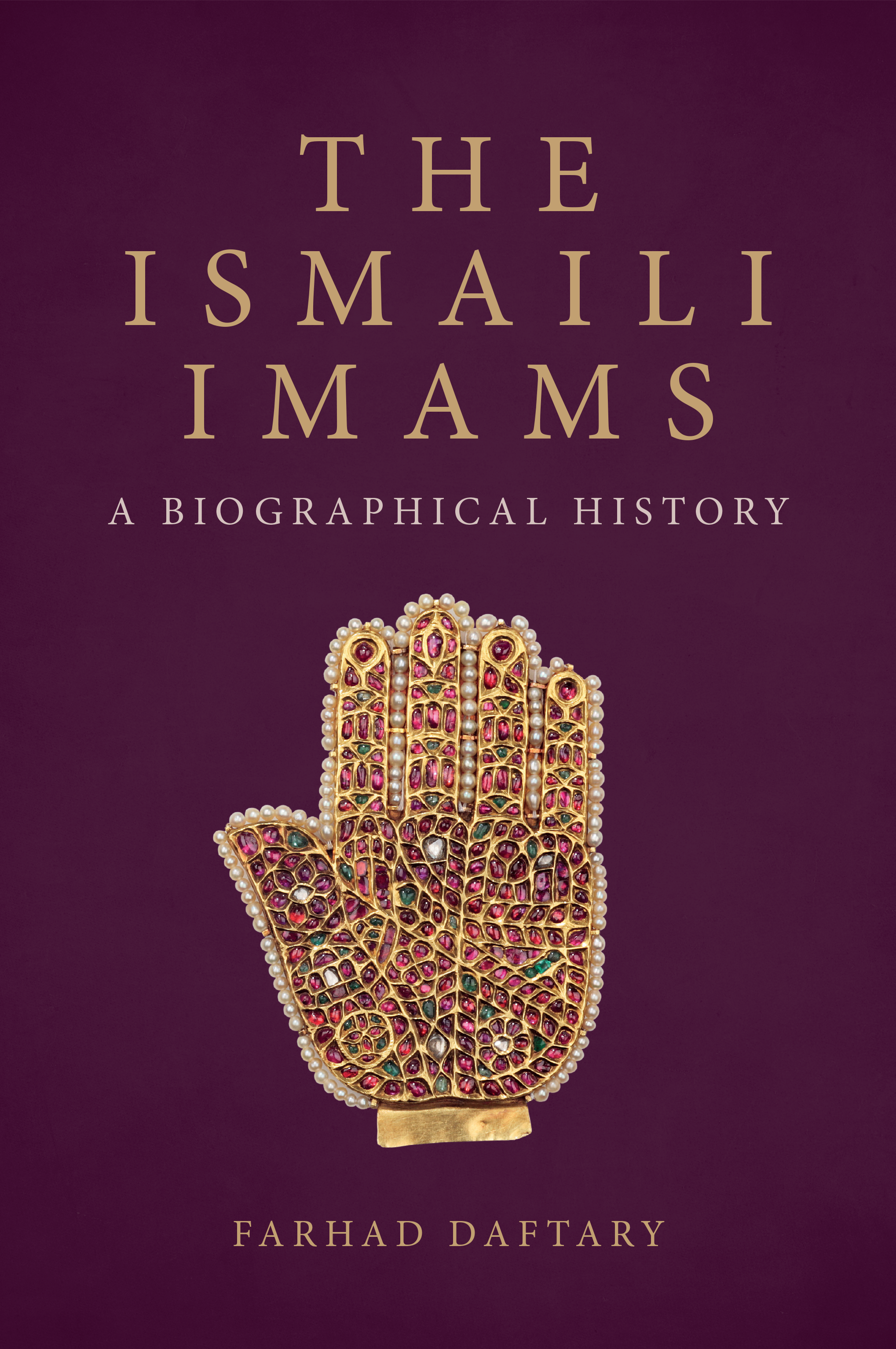 The Ismaili Imams: A Biographical History by Farhad Daftary

The Ismaili Imams: A Biographical History by Farhad Daftary

In a series of concise, richly illustrated narratives, this book brings together for the first time the biographies of all 49 of the Ismaili Imams, from those living during the formative period of Islam, through to the hidden Imams of the first ‘period of concealment’ when their public identities remained guarded, to the Imam-caliphs of the illustrious Fatimid dynasty, and those of the Alamut period, up to the Aga Khans of modern times. Tying together the scattered results of modern scholarship in the field of Ismaili studies, Dr Daftary — an authority in Shi'i studies, with special reference to its Ismaili tradition — provides a simple and clear resource for both Ismailis themselves and general readers.

Order a copy from Bloomsbury. 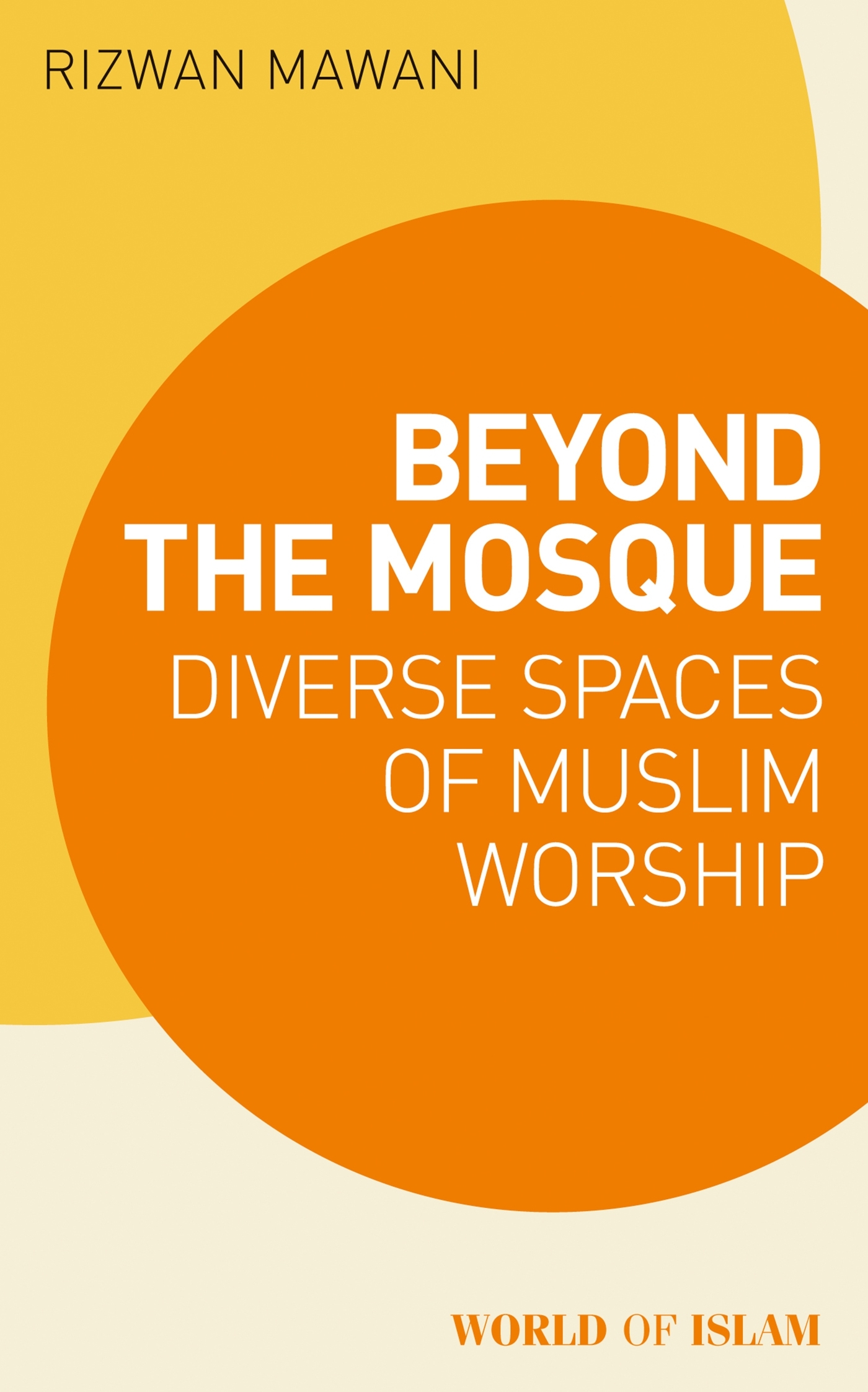 Beyond the Mosque: Diverse Spaces of Muslim Worship by Rizwan Mawani

Beyond the Mosque: Diverse Spaces of Muslim Worship by Rizwan Mawani

Another in the World of Islam series, Beyond the Mosque will take you on a tour of some of the world’s most fascinating mosques and spaces of Muslim worship — from the Brongshal Jamatkhana in the mountains of Hunza to the spectacularly colourful Great Mosque of Tuban in East Java. Author Rizwan Mawani encounters diverse communities and their sites of worship, including the mosque, husayniya, khanaqah and jamatkhana. Readers are introduced to a variety of Muslim spaces, modest and elaborate, their distinct structures and the rituals practiced within them, as well as the purposes they serve as Muslim community centres and markers of identity.

Order a copy from Bloomsbury.
Listen on Audible.

"Beyond the Mosque is a unique and engaging exploration of the diversity of sacred spaces in Islam from the seventh century to the present day. Through anthropological case studies, Mawani brings to life a myriad of practices and persuasions of Muslims from across West Africa to Southeast Asia and Northwest China." Dr Fahmida Suleman, University of Toronto and Royal Ontario Museum 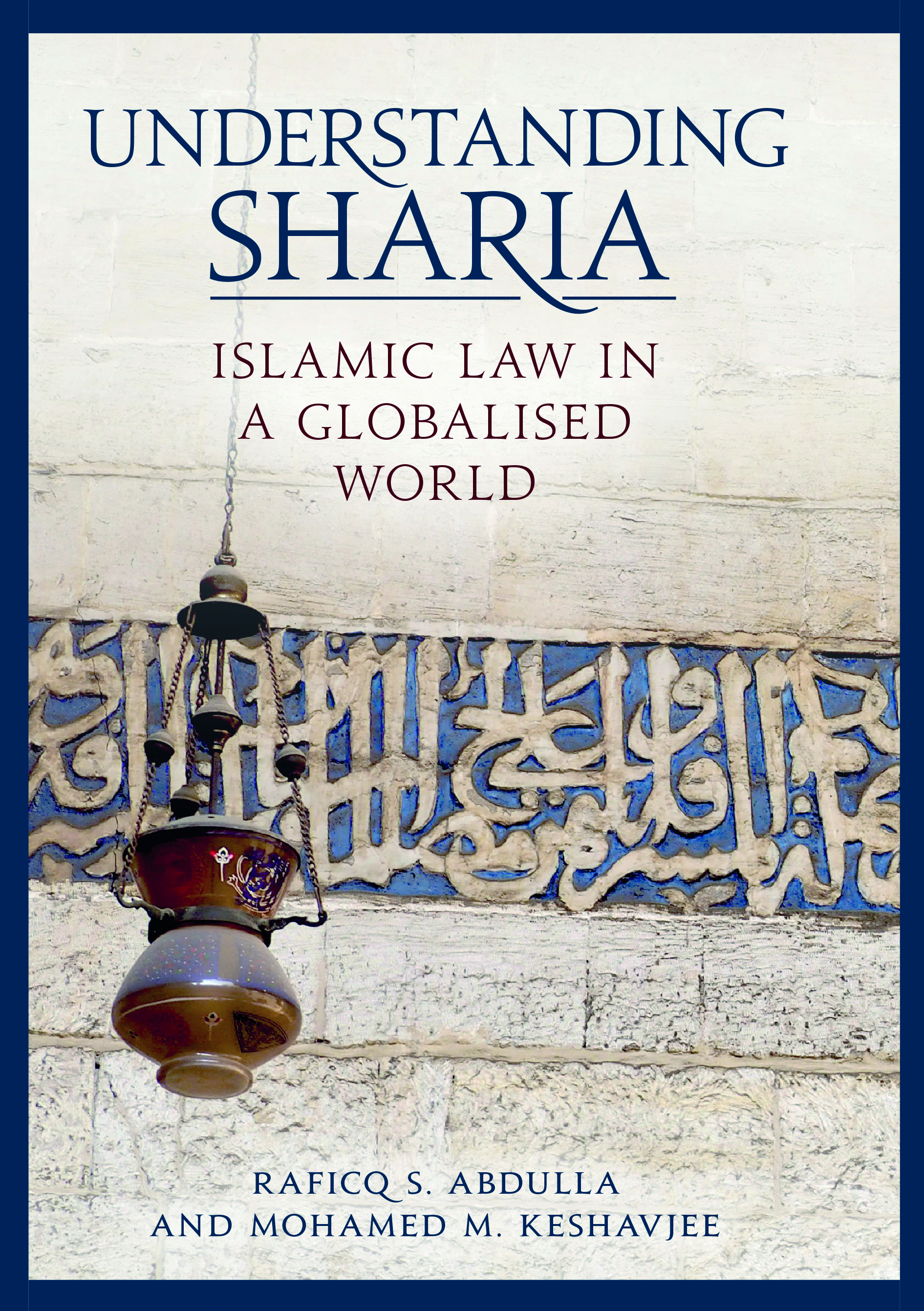 Shari‘a has been a source of misunderstanding and misconception in both the Muslim and non-Muslim worlds. Understanding Sharia sets out to tackle this, exploring the reality of shari‘a, contextualising its development in the early centuries of Islam and showing how it evolved in line with historical and social circumstances. The book also puts shari'a in the context of current debates on the place of Muslim citizens in Western societies, on issues of integration, identity politics, and the role of women, and sheds light on the complexity of shari'a’s manifestations today. This webinar with the author and other leading thinkers in the field will give you a taste of some of the book’s themes and helps to pull back the curtain a little, and demystify this much misunderstood concept.

Order a copy from Bloomsbury.

“I loved this book. It gives the reader an introduction to the thinking behind shari'a, and the evolutionary nature of its interpretation. And it makes clear how different authorities at different times in history have had wholly different approaches. The fact that the law is not a terrifying, immutable, and uncompromising whole, but has to be interpreted by human beings, is strongly emphasised, and changes in interpretation and practice are well laid out. Everyone, Muslim and non-Muslim alike, can learn from this elegantly written, well-researched volume.” Rabbi The Rt Hon The Baroness Neuberger DBE

Watch a webinar featuring Dr Mohamed Keshavjee and an esteemed panel of speakers for a discussion which aims to demystify shari’a on 25 April on The Ismaili TV. For the schedule in your timezone, visit the.ismaili/tv. 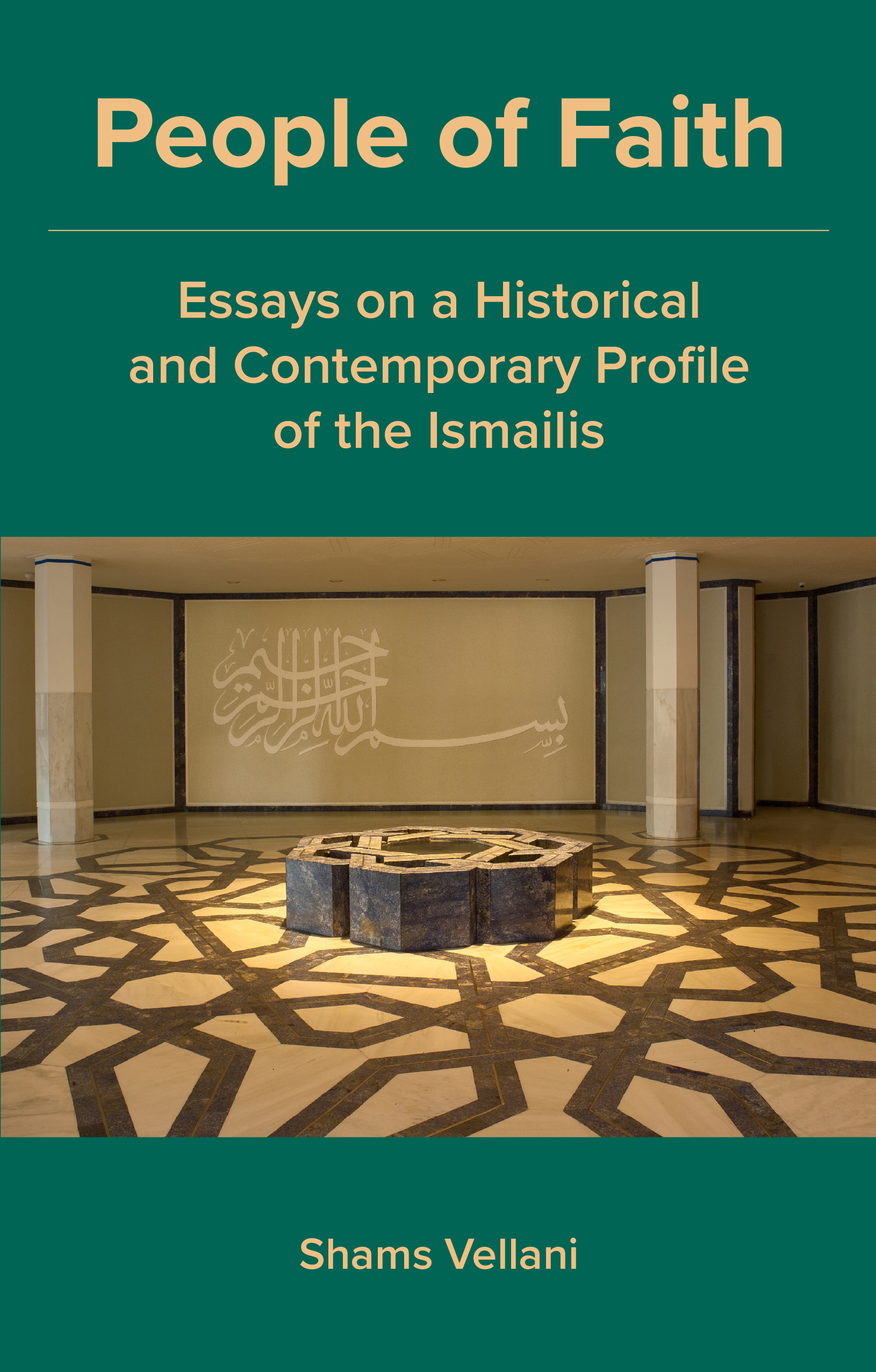 People of Faith: Essays on a Historical and Contemporary Profile of the Ismailis by Shams Vellani

People of Faith: Essays on a Historical and Contemporary Profile of the Ismailis by Shams Vellani

Showing how the Shi‛a Ismaili Muslims unite their spiritual traditions with the demands of living in the modern world according to the ethics of Islam, this collection of essays covers a range of topics including an overview of Shi‛i Islam, a profile of the Ismaili Jamat and models for contemporary living. Under the guidance of the hereditary Imam-of-the-Time, the Jamat embraces a rich diversity of traditions which collectively strive towards the betterment of self and society. These clearly written essays highlight the crucial Ismaili traditions of philanthropy, voluntary service, and self-reliance, while touching on the activities and achievements of the institutions of the Ismaili Imamat.

Find out more about People of Faith.

Watch an interview with Shams Vellani, the author of People of Faith, on The Ismaili TV on 25 April. For the schedule in your timezone, visit the.ismaili/tv.