Skip to main content
The.ismaili > Global > What is net-zero carbon?

The Aga Khan Development Network’s agencies have committed to be net-zero carbon by 2030. But what exactly does this mean, and why is it important?

Climate change is not only bad for our planet, it also negatively affects the quality of human life. According to the World Health Organization, climate change is the greatest threat to global health in the 21st century.

Carbon dioxide is the primary greenhouse gas emitted through human activities. This is why many of the conversations around sustainability are centered on reducing carbon emissions. In order to stop the threat of climate change, these emissions need to fall to zero. The longer it takes, the more the climate will change.

Some industries, like local transport systems, are able to adopt technologies such as electrification, which can help to reduce carbon emissions to zero. But for others, such as aviation or large-scale agriculture, getting completely to zero will be difficult or even impossible.

As such, emissions from some sectors will continue, and need to be offset. An equivalent amount of emitted carbon needs to be removed from the atmosphere, to achieve a balance of zero — thus the term ‘net-zero.’

Upon the launch of the Earthshot Prize last year, Prince Rahim announced AKDN’s intention to become net-zero carbon in its operations, as part of its contribution towards global efforts to address the threat of climate change.

Leading by example, AKDN committed to a rapid and substantial reduction in greenhouse gas emissions from its operations, aligned with the latest climate science on limiting global warming to 1.5°C. Agencies signed-up to science-based targets to both significantly reduce emissions and offset the remainder.

Earlier this month, Prince Hussain reiterated the pledge in a video released by the Aga Khan Agency for Habitat (AKAH) to coincide with the COP26 climate conference in Glasgow.

“For decades, AKDN has been working with vulnerable communities to help them adapt to risk and build a better quality of life,” he said. “The climate crisis threatens to undo much of the progress we have achieved together. This is why we are committed to making the entire AKDN network net-zero carbon before 2030.”

“All our activities - more than 200 schools, over 400 hospitals and clinics, all our humanitarian and development programmes, hotels, factories, universities, and cultural restoration projects will be carbon neutral by 2030,” continued Prince Hussain. “It is our duty to be good stewards of the earth. This is deeply embedded in the ethics of our faith and in our network.”

The work required to achieve this target has already begun. In fact, working in harmony with natural resources has been at the heart of AKDN’s work for many decades. As part of the net-zero pledge, AKDN has started to scale up investment in Nature-Based Solutions. 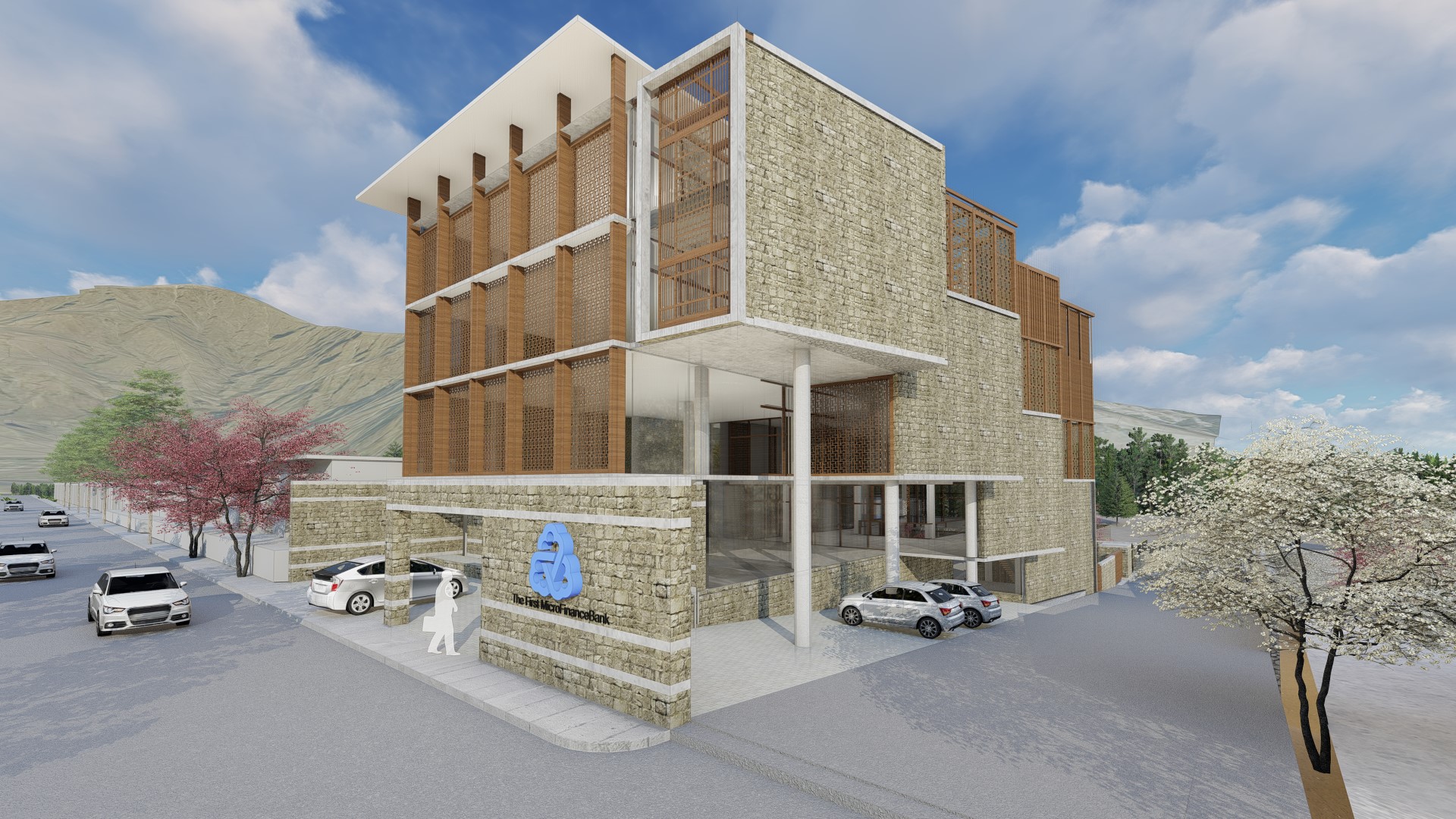 Since most of AKDN’s direct and indirect emissions are linked to owned or operated buildings, all its agencies and institutions will now adhere to a set of AKDN Green Building Guidelines for the construction of new buildings and the management of existing ones.

This requires rethinking the ways in which buildings are designed, constructed, and operated, putting sustainable construction at the heart of development and promoting low-carbon construction principles.

In the mountainous region of Gilgit, Northern Pakistan, AKAH is working with the First Microfinance Bank to construct a green building to house the bank’s new Regional Headquarters. It will benefit from a range of passive design measures, which take advantage of local climate conditions to reduce the amount of energy required to maintain a comfortable environment indoors.

AKAH's design responds to the site by using insulation, shading devices, and natural materials to regulate temperature and lighting levels in the office. With these features, the building will need less energy to operate, reducing its greenhouse gas emissions by 13 tonnes of Co2 per year.

Energy generation is an important part of AKDN’s work and contribution to the wellbeing of communities. AKDN has committed to working with partners to avoid greenhouse gas emissions by investing in energy efficiency and the production of renewable energy. 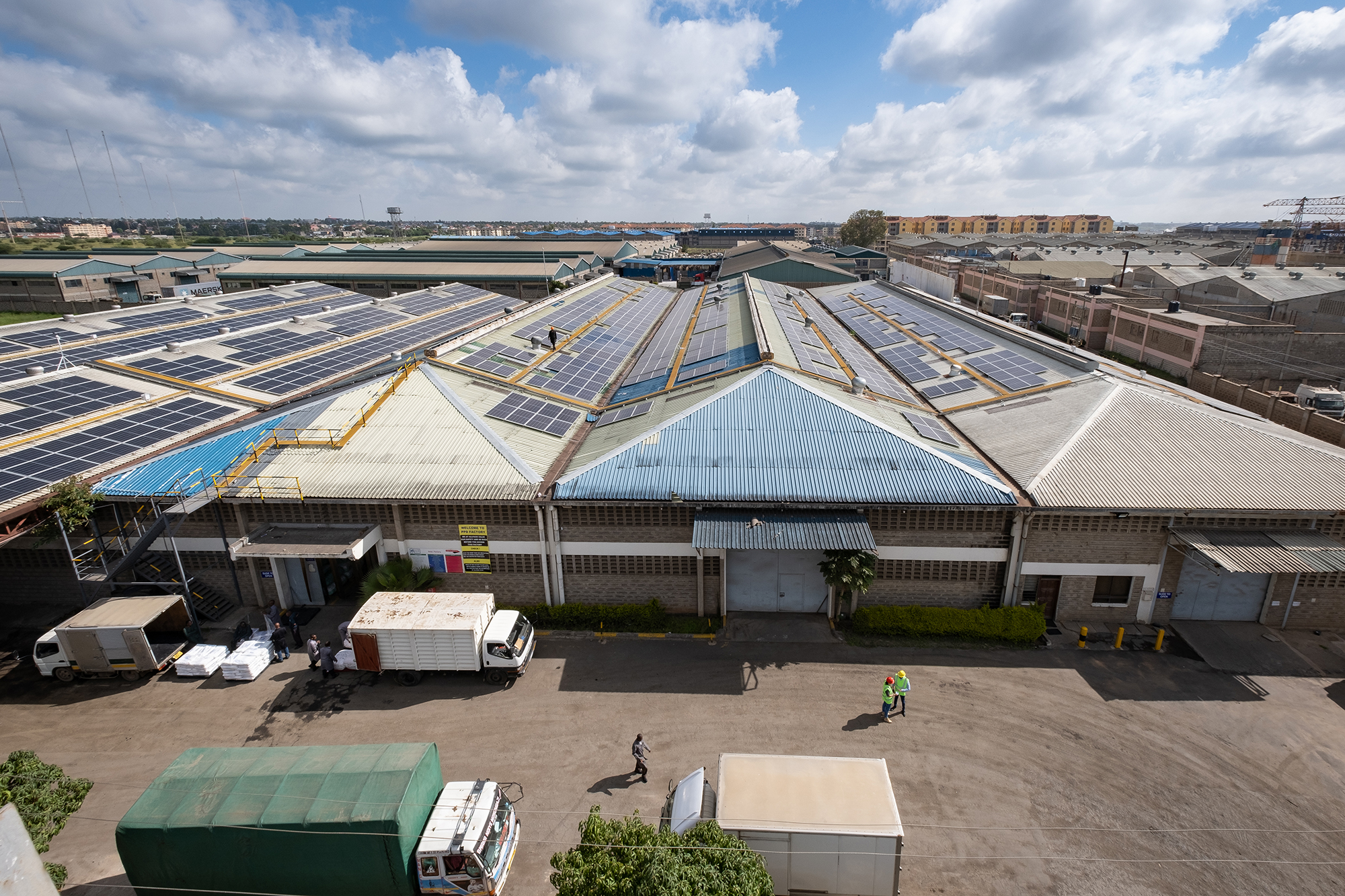 investing in solar power to reduce their carbon footprint. The installation of more than 1,400 solar panels at the Allpack printing plant in Nairobi, Kenya, is expected to eliminate over 90,000 tonnes of carbon dioxide emissions per year.

Similar plans are underway to adopt renewable energy at other AKFED project companies, including at the Serena hotel chain. In partnership with Mettle Solar OFGEN, AKFED have transformed three properties, the Mara, Kilaguni, and Amboseli Serena Safari Lodges in Kenya into fully solar powered properties.

The lodges, all built in the 1970s within National Parks, are today leading examples of how clean, renewable energy independence can be successfully achieved through the installation of off-grid solar systems, even in challenging safari locations.

If more organisations, businesses, and governments can make similar pledges to reduce emissions and bring forward their net-zero targets, it would contribute to repairing the earth, and improving the quality of life for us and many generations to come.

“It is an urgent task,” Prince Hussain concluded in his video message. “The earth and the future of humanity depend on it.” 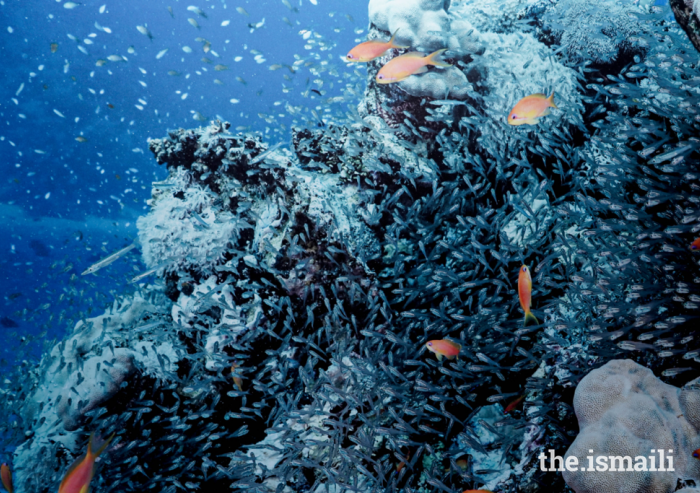