Skip to main content
The.ismaili > Global > The story behind The Ismaili Sounds

In May 2020, while the world was in lockdown, The Ismaili TV hosted a virtual Shukrana Concert to commemorate Eid ul-Fitr. To prepare, the organising team issued a call out for song submissions, hoping for a few hours worth of content. The response was overwhelming. A new platform was soon created to showcase the musical talent of the Jamat – and thus, two years ago this week, The Ismaili Sounds was born.

In a speech at the inaugural Aga Khan Music Awards in 2019, Mawlana Hazar Imam remarked that, “The cultural heritage of Islam has long embraced musical language as an elemental expression of human spirituality. Listening to music, practicing music, sharing music, performing music - have long been an intimate part of life for Muslim communities across the world.”

The Ismaili Sounds – an initiative born amidst the global pandemic – embodies and carries forth this historical tradition of musical expression, giving voice to hundreds of artists across the worldwide Jamat. In the process, it enables them to showcase their talents and touch the hearts of a global audience. The story of the project begins with a touch of serendipity.

“We wanted to get 3 to 4 hours of content,” explained Amina Dhrolia, who coordinated the Shukrana concert in 2020 and now leads The Ismaili Sounds. “While working on the timetable, we received 17 to 18 hours of content, which we weren’t expecting!”

Artists of different ages from over 20 countries submitted songs to be featured in the online performance and celebration, which took place over three days.

In recognition of the diverse artistic talent within the community, as well as the demand for such content, The Ismaili Sounds was officially launched in June 2020. It served as a platform to promote the talent of renowned and emerging Ismaili artists, to produce original devotional content in accordance with our beliefs, and to unite the global Ismaili community during a time of physical isolation.

“In the early days of Covid-19, we couldn’t perform or enjoy arts in-person, so we looked for a way to engage global artists and give them a virtual stage,” said Amina. “People told us the music was so uplifting during such an uncertain and anxious time,” she added. “In some ways, along with volunteers, these artists and their music got us through the pandemic.” 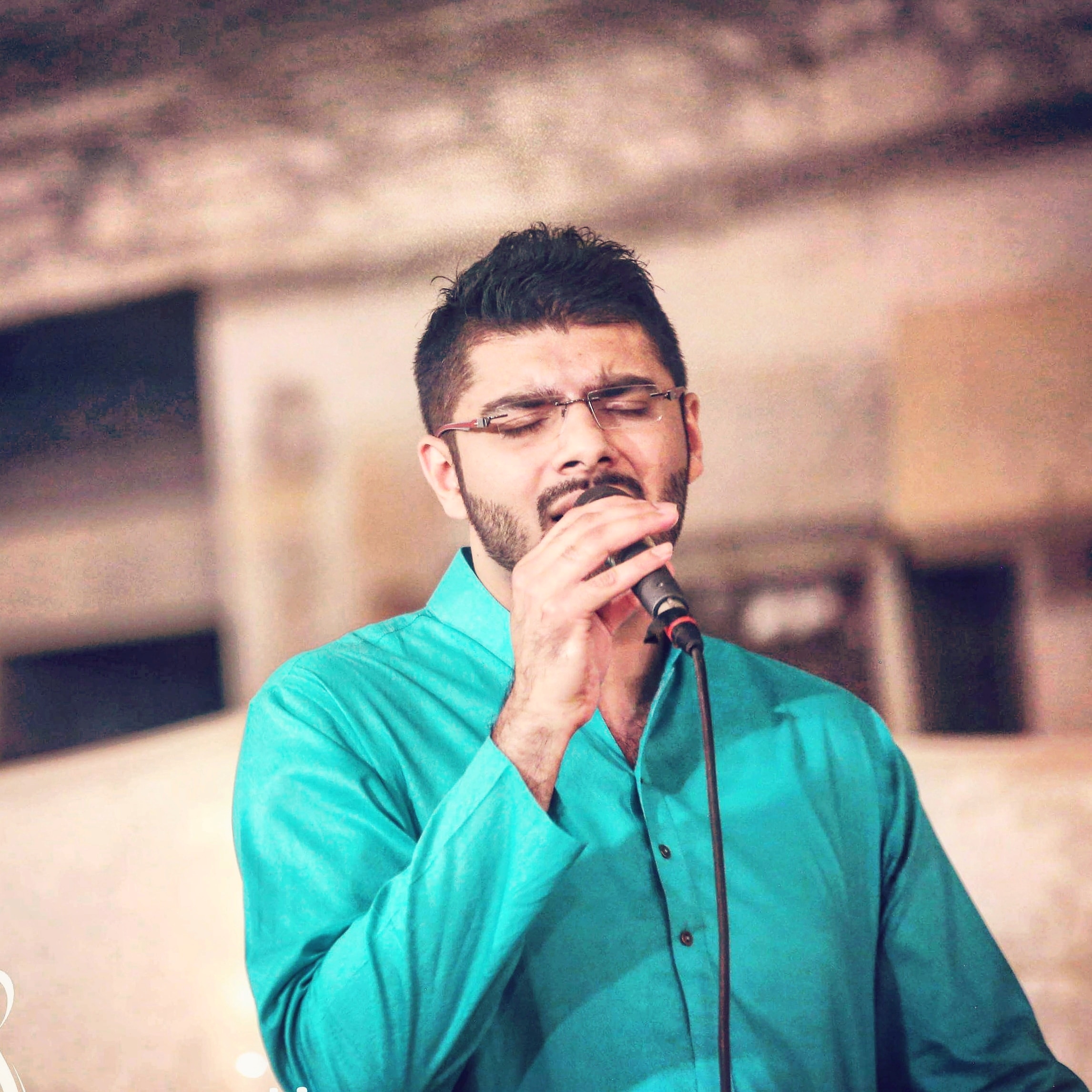 One of these artists is Faisal Amlani, an Australian-Pakistani singer, composer, and musician. Faisal has released multiple songs on The Ismaili Sounds, including

Dua-e-Reham, and a Sufi-Pop track, Ya Rehman Ya Raheem. As a teenager, he was fond of Pop music, and later became inspired by the qawwali genre after listening to the work of Nusrat Fateh Ali Khan.

“I realised that I have a soft voice texture that suits Pop music but at the same time, I wanted my music to have more purpose and meaning to it. Pop music can entertain people, but Sufi music can provide relaxation to the soul,” said Faisal. “So, I thought, why not do something which entertains, shares a message, and provides relaxation to the soul at the same time? That’s how my genre, Sufi-Pop, came into existence.”

From renditions of Silver Jubilee geets, Arabic Nasheeds, and Pamiri folk music to Eastern-Western fusion songs, the tracks featured on The Ismaili Sounds are diverse in musical genres, languages, instruments, and styles.

Some compositions are performed by groups from the same region, like The Sufistics from the United States, the Khorog Band from Tajikistan, and the Pamoja Ensemble from Kenya and South Africa. Others, such as Tere Liye (For You) and Mawla Mera Ishq Tu, are multilingual works recorded across multiple countries. These collaborations illustrate the diverse talent of our community in various parts of the world, celebrate our differences and commonalities, and reflect the ethos of One Jamat.

Not only does the platform encourage experimentation with genres, but it also supports new and emerging artists, including youth and young adults.

Twenty-year-old Amisha Lakhani from Hyderabad, India, produced and released her first track on The Ismaili Sounds. The composition – an acoustic version of Allahuma Salli Aala, – was originally written and composed by Khairunissa and Fez Meghani in the United States during the Mawlana Hazar Imam’s Golden Jubilee. 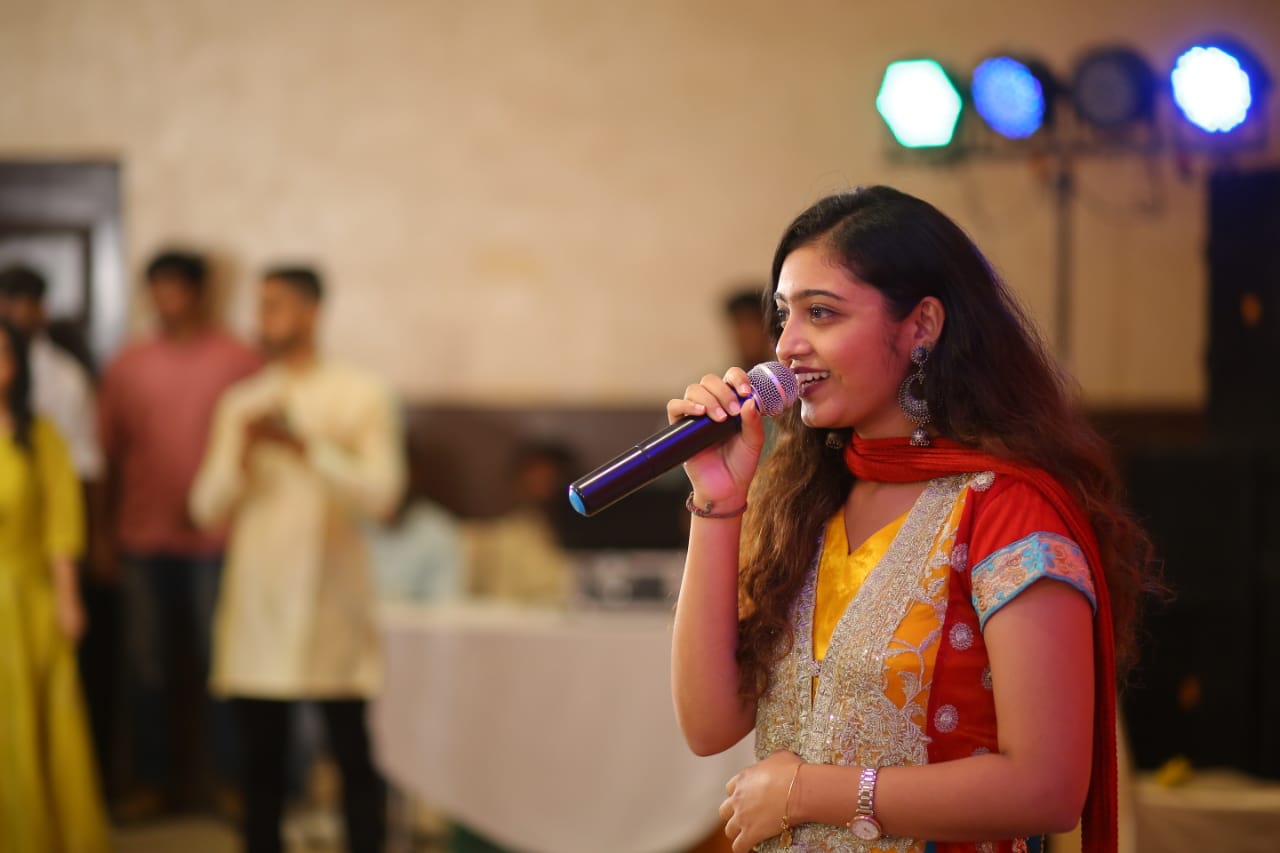 The Salwat by Fez Meghani was regularly played in my household,” said Amisha. “I was always a big fan and that made this task in itself very rewarding. I had to tweak a few guitar chords and keep re-recording until I recorded the perfect track.”

After it was released, Amisha said she felt elated. “I never expected such a heartwarming response from people around the world. I will forever be grateful for the opportunity,” she said.

The Ismaili Sounds has released over 65 tracks online via Youtube, Facebook, and Instagram. In the days ahead of special festivals, such as Salgirah, Navroz, or Imamat Day, songs are released more frequently. Whereas at first, the team approached artists to ask for content, the team now receives a regular stream of submissions from artists around the world.

One of these is Calgary-based singer and songwriter Cimone Rajan, a young musician currently charting her course. She has featured on various tracks for The Ismaili Sounds, including Heal a Heart and the Navroz composition, New Perfume.

Cimone is a 2019 graduate of Boston’s Berklee School of Music and holds degrees in Songwriting and Music Technology. She observed that The Ismaili Sounds platform holds significance because the spirituality of music can unify diverse groups. 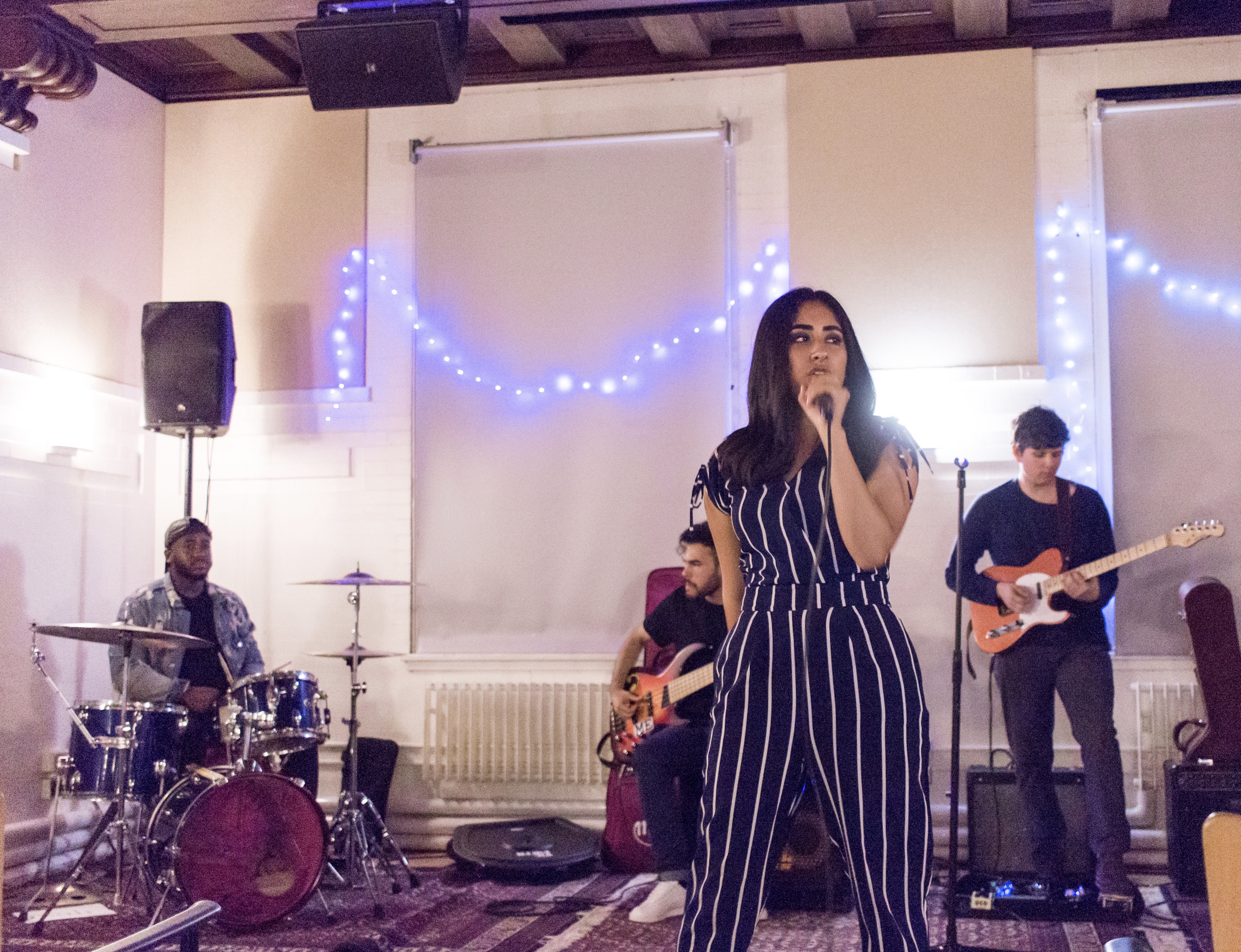 “Do you ever hear a song that moves you in a way that you can’t even describe? You just get this feeling inside and you don’t have the words for it, but it moves you. I see that as a spiritual connection,” she said. “There’s a reason why music is considered a universal language. It’s because everyone can connect to it and have an emotional response to it. That coming together is in itself something so spiritual.”

Growing up in North America, Cimone explained that she did not see enough representation of Muslim artists in the Western music industry.

“That very much affected the way I saw myself and my culture,” she said. “Now as an adult, having so much pride in who I am and in our community and in our culture, that’s something that I want to represent, and I want to offer that representation that I needed growing up.”

Cimone has since worked on a rhythm and blues debut album, featuring samples from Sufi songs by her late father, as well as South Asian and Middle Eastern instruments.

“Displaying our identity musically is something I want to continue doing. It’s a really cool way to showcase the beauty that exists in the Muslim world, and I hope to provide representation in the most positive way.”

What’s so bad about plastic?