Skip to main content
The.ismaili > Global > The development of medicine in Muslim societies

In contributing to the development of human knowledge, historic Muslim societies laid the foundations of modern science and medicine. Throughout history, Muslim doctors and nurses pushed the boundaries of medical science, and established hospitals and clinics. Today, and especially at the current time, the modern world is indebted to these figures and institutions.

Just as the ethics of Islam encourage believers to care for the poor, they also endorse care for the sick and differently-abled. According to the Qur’an, good health is seen as a divine gift, and the sanctity of human life is paramount: “whoever saves a life, it is as if he had saved the entirety of mankind” (5:32).

Rufayda bint Sa’ad, who lived at the time of Prophet Muhammad (peace be upon him and his family), was considered to be the first nurse in Islamic history. She devoted herself to caring for sick people and became an expert healer. She trained other women to become nurses, worked to solve social problems, and also took care of orphans and children in need.

Today’s hospitals are sometimes taken for granted; we hope not to need them, but are grateful when we do. All across the world now, we expect hospitals and clinics to be places where we are treated and healed when suffering illness or accidents.

In medieval times, during the so-called golden age of Islam, Muslim scientists and physicians made far-reaching strides and discoveries which would treat ailments and extend lives. Hospitals and mobile dispensaries were established, and were staffed by both male and female health personnel.

The earliest documented general hospitals were built by Muslims in Baghdad, Damascus, Fustat (Cairo) and Córdoba, and were referred to as Bimaristan, an establishment where people with physical and mental ailments were treated and cared for by qualified staff, with separate wards for males and females. They consisted of several specialist departments, and included pharmacies, lecture theatres, and libraries. They were open to all; male or female, civilian or military, child or adult, Muslim or non-Muslim, rich or poor. Eventually, charitable foundations were set up to support patients who were unable to pay.

These institutions are similar to the multi-service healthcare and medical education centres we recognise today.

The famous 11th-century Persian scholar Ibn Sina — also referred to by his Latin name, Avicenna — is considered the father of modern medicine. He wrote the Canon of Medicine, a five-volume work encompassing all known medical knowledge of the time, known as "the most famous medical textbook ever written," and studied by European medics until the 18th century. Through his research, Ibn Sina found that viruses caused infectious diseases; a hypothesis confirmed by Louis Pasteur in Europe 800 years later.

When the great plague struck Europe and Asia in the late 14th century, Muslim physicians argued against the prevailing superstition that the Black Death was sent as a punishment from the heavens. Explaining the scientific theory of contagion, Ibn al-Khatib of Andalusia clarified that the spread of disease was caused by transmission from one infected person to the next, and pointed out the immunity of those who had been isolated.

In more recent times, various healthcare organisations have been set up across the world. These include the World Health Organisation, The Red Cross and Red Crescent, and Médecins sans Frontières.

Mawlana Sultan Mahomed Shah established healthcare institutions for the Ismaili community and others in South Asia and East Africa in the early 20th century. One of these was the Ismailia General Hospital in Bombay, which later became the Prince Aly Khan Hospital, serving a wide cross-section of the Mumbai public.

The hospital is now part of the Aga Khan Health Services (AKHS), designated as an AKDN agency by Mawlana Hazar Imam. Today, AKHS manages over 200 health facilities, ranging from dispensaries to full-service hospitals. Working in the areas of health services, primary health care, health promotion, and disease prevention, AKHS — along with the Aga Khan University and Aga Khan Foundation — provides quality healthcare annually to five million people around the world. 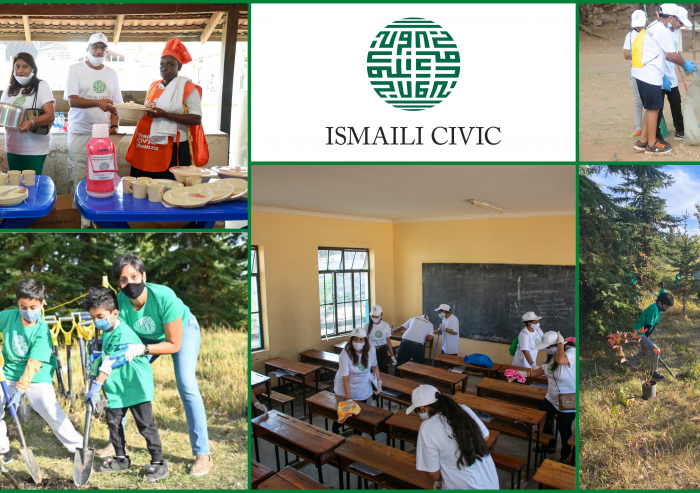 Global Ismaili Civic Day: A weekend of service to humanity