Skip to main content
Home > Skills for the future: Part one

At the Peterson Lecture to the International Baccalaureate in Atlanta in 2008, Mawlana Hazar Imam outlined a number of key attributes required to be adaptable, saying, “In a world of rapid change, an agile and adaptable mind, a pragmatic and cooperative temperament, a strong ethical orientation - these are increasingly the keys to effective leadership. And I would add to this list a capacity for intellectual humility which keeps one’s mind constantly open to a variety of viewpoints and which welcomes pluralistic exchange.”

How can we even begin to prepare for a future that will no doubt be more mobile, autonomous, and machine-driven than today? This question is prodding workers to think about lifetime commitments to retraining and upgrading their skills, and is seeping into society’s consciousness about where these constantly-evolving skills should be learned. The following are a few skills and attitudes identified as critical for success in the future:

“Grit” has become one of the biggest buzzwords among talent acquisition, education-policy, and young professional circles. Largely credited to scholar and psychologist Angela Duckworth of the University of Pennsylvania, grit is comprised of characteristics like guts, resilience, initiative, and tenacity, and it centers on the idea that grit is a better indicator of success than talent or IQ. It can also be taught and found in anyone regardless of age, race, or gender.

Radhika Aggarwal, who is CBO and co-founder of ShopClues, can attest to that. When leading a team as a strategy manager at Nordstrom, she said she rebuffed individual smartness and intelligence as the hallmarks of success. Instead, she began valuing grit and mindset as “fundamentally more critical to individual and organizational success.

“Running a start-up or doing any other job for that matter, requires extended periods of commitment and hard work,” she said. “The fact that you are there every day, especially on those days when every part of your body and mind is screaming, ‘I can't do this anymore.’ The one who picks herself up and is determined to grow is the one who wins in the long run.”

According to the World Economic Forum, empathy, creativity, leadership, intuition, and social intelligence make up the perfect mélange of skills to prepare for the future. Additionally, it advises to pay attention to how machines function and think. The Pew Research Center confirms the general public also sees a mix of technical skills, soft skills, and attitudes as being fundamental to success in today’s economy.

Social intelligence includes empathy, but goes beyond to consider more of a global orientation. As Mawlana Hazar Imam has cautioned in multiple speeches: “Knowledge gaps so often run the risk of becoming empathy gaps." In a time when one’s various roles and projects will be changing frequently, transferring relevant information and displaying empathy in the transition will only make for smoother cross-disciplinary, even cross-cultural collaboration.

Intellectual humility is about recognizing and accepting the limits of one’s knowledge. It is especially important considering we subconsciously run the risk of filtering and consuming information that results in confirmation bias and perpetuates even more stubbornness in our beliefs. To this, Hazar Imam has urged listeners to exhibit intellectual humility and combat the custom by “launching an ardent, lifelong search for the knowledge they will need.”

Oftentimes, that knowledge comes in unexpected ways. In fact, research has shown that intellectually humble adults are more likely to learn from people with whom they disagree.

“When we’re more engaged and listening to the other side, the disagreements tend to be more constructive,” said Tenelle Porter, a postdoctoral researcher in psychology at the University of California, Davis. But to get there, she added, “We have to be willing to expose ourselves to opposing perspectives in the first place.” Once we do, the results can lead to civil discourse and a cosmopolitan outlook.

Finally, this matters in the job market, too. Laszlo Block, Google's senior vice president of people operations, said he searches for candidates who exhibit intellectual humility because without it, he contends, one is unable to learn.

Zahir Ladhani, marketing professional and business coach, echoes this sentiment: “In order to empower high performing teams, leaders must ask more questions than they provide answers. Asking questions displays the self-awareness that one person, even if he or she has authority, cannot know everything. Humility manifests in listening and responding, so as to inspire everyone to contribute. Consultation and consensus generally provide the best outcome”

Consider sensemaking (the process by which people give meaning to their collective experiences) to be the new wave of critical thinking. The most common demonstration of this is via data analysis. Currently, an innumerable amount of information about us is being collected. But data can be overwhelming, and is only useful when you can extract insights and then act on them. At that point, it becomes powerful. Data and analytics will only become more prevalent in the future, as more of our actions are tracked. Learning how to use data to power your decisions will be essential for most roles in the future.

This could be one reason Bill Gates, a self-described futurist, has recently determined that workers savvy in science, engineering, and economics will be “the agents of change for all institutions.”

Coding is another means by which sensemaking can occur. While we’re not prompting everyone to become the next Y Combinator Hackathon winner, learning how to code can change your mindset and provide related advantages in how we view the world, see what is possible, and problem solve for it.

This article has been adapted from a feature previously published in The Ismaili USA Magazine. 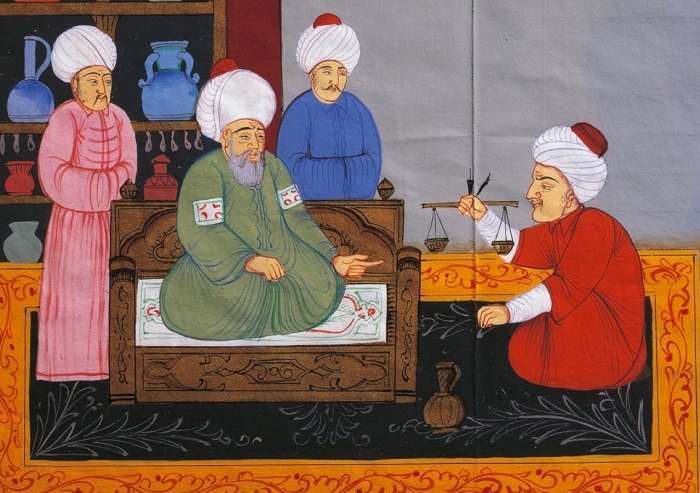 The development of medicine in Muslim societies