Younger generations invariably inherit the earth from those who came before. It is often these youngsters who are leading action to create positive change in their surroundings. Here are some examples of inspiring stories of young members of the Jamat working to introduce sustainable and environmentally friendly practices in their communities.

Mawlana Hazar Imam has often stressed the need to care for the natural environment. “Each generation must leave for its successors an enhanced and sustainable social and physical environment," he said during a speech in India in 2004.

With this goal in mind, Ismaili youth from around the world have been making strides to bring about positive environmental change among the communities in which they live.

Four girls from the Aga Khan Academy Mombasa, led by Sara Janmohammed, and in collaboration with community partners working at the Likoni Hatua Community library, came together to raise awareness on contemporary environmental issues in the community. 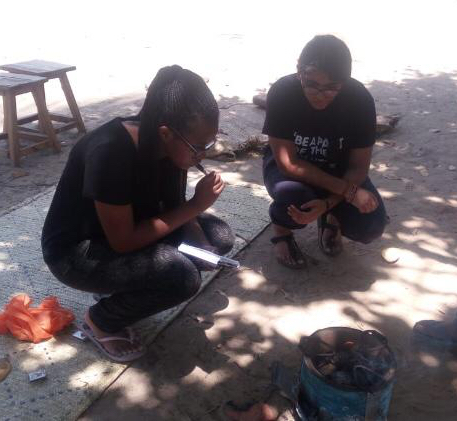 “My project involves introducing animal waste as an alternative source of biomass to rural communities in Kwale Countyclose to Mombasa,” said Sara. “Along with this, we strive to help the families we work with understand contemporary issues, specifically global warming, deforestation, and what comes about as a result of these..”

The main goal of Sara’s project is to reduce the amount of money rural communities use for charcoal. A consequence of the recent charcoal ban in Kenya is that biomass prices have risen. As there is no alternative, families are forced to spend a large portion of their income every month to fulfil their energy needs.

The project also focuses on reducing the amount of deforestation taking place, and for the communities to understand issues that are drastically affecting our climate.

Sara has taken away many learnings while working in the field. “It allowed me to understand how you can encourage environmental stewardship within your community,” she said.

“Being an Aga Khan Academy student has benefited me in that there is a lot of emphasis on service, and plenty of support provided to those inspired to implement projects in the community,” said Sara. “Hence, I have found it very easy to seek guidance and implement an effective project with regard to being environmentally conscious.”

Recently, The New Zealand National Commission for UNESCO appointed five new members to its UNESCO Aotearoa Youth Leaders group, one of whom is 19-year-old Shahin Najak.

Shahin, who moved to New Zealand from the United Kingdom as a child, is a student at the University of Auckland studying science and commerce. Her role as part of the Youth Leaders group is to serve as an advisor, negotiating inclusive ways for young people to be engaged and empowered in the New Zealand National Commission’s programme areas, including education, natural sciences, social and human sciences, culture, and communication and information. 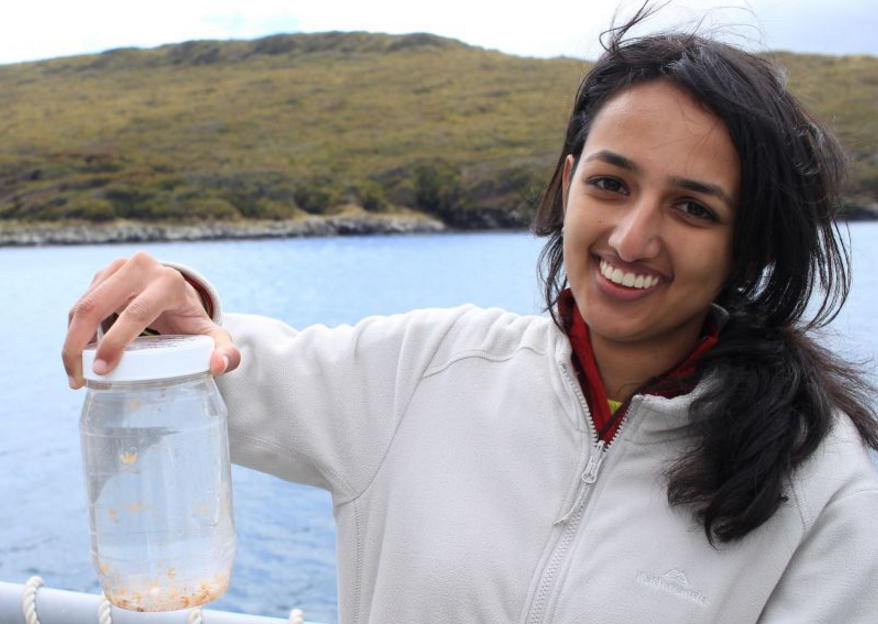 Shahin is passionate about contributing to environmental projects involving coastlines and waterways.

In an interview with UNESCO New Zealand, Shahin spoke about her participation in the group, and the type of work and advocacy they engage in.

“I think youth need a lot more voice in Auckland, in terms of what’s going on in their heads, what they’re learning about at university, and how relevant it is to right now,” Shahin said.

“Like looking at coastal ecosystems and fresh water systems in New Zealand. Our fresh water systems, our streams, and our lakes are so polluted, and there’s so much more we could be doing about that, we just need a voice to be heard.”

Shahin has a long history of taking on volunteering and leadership roles, which have led her to this prestigious position. In 2016, Shahin was the youngest of only 14 young adults selected to travel to the Auckland Islands with the Sir Peter Blake Trust and the Royal New Zealand Navy in order to work with a team of scientists and conduct research. Shahin also regularly volunteers with beach clean ups, at soup kitchens, and with the Auckland City mission to help alleviate poverty in New Zealand.

Shahin also enjoys volunteering with an organisation entitled Sustainable Coastlines, an award-winning charity that enables people to look after their local coastlines and waterways.

“I love the work that they do and it’s awesome getting out there and dealing with microplastics and getting them off the beach and out of the ecosystem.”

As part of the Youth Leaders group, Shahin’s upcoming projects include protecting and celebrating New Zealand’s taonga (cultural treasures), promoting access to information and knowledge, and furthering the scope of UNESCO’s work by strengthening relationships.

In early 2018, a number of University of Central Asia (UCA) students came together to form a club - the UCA Green Community. Earth and Environmental Sciences student, Alidovar Sodatsairov, became the vice president of the club, whose main goal is to reach out to people on campus and in the community with knowledge of the effects of plastic on the environment and health.

The club gathers plastic and paper from around the campus and takes it to Dushanbe for recycling. They also organise cleaning campaigns around town. 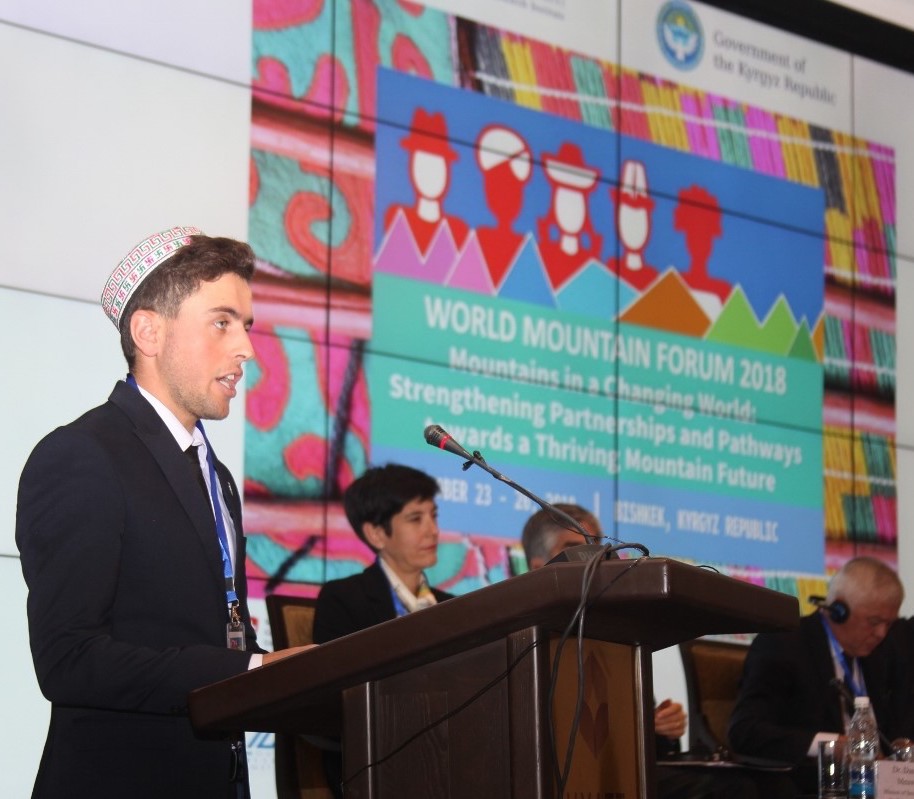 Alidovar currently serves as the vice-president of the UCA Green Community club.

The UCA Green Community targets their awareness campaigns toward youth as they believe the younger generation can learn and adapt faster to a world with lesser use of single-use plastic.

“I am currently striving to learn more about nature and the natural risks that are harmful to humans as well as understand how the environment is getting harmed,” Alidovar said. “After working with this club, I have reduced my use of plastic. I now use a reusable water bottle, cloth bags or non-plastic bags, which last longer.”

Also, the university is in an area where students can learn hands-on about natural disasters in the region and develop their knowledge and skills to mitigate the associated dangers.

“With such initiatives, I can get closer to what I study as well as learn ways to prevent some of the harm we cause in nature, and learn how we can be more resilient to natural risks,” he said.

This June, Alidovar started an internship at the Public Foundation in Khorog town, which focuses on environmental issues in Bartang Valley, such as Ecosystem based Adaptation (EBA). He will soon travel to Naryn in Kyrgyzstan to serve as a youth counselor at a summer camp.

‘Take part in the Solution and not the Pollution,’ was the thought that inspired 11-year-old Anaya Chavda to organise a beach cleanup at Baby plagè in Geneva this June, to mark the occasions of World Environment Day and World Ocean Day. 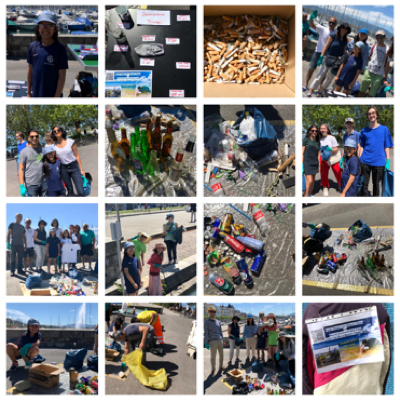 “I chose this issue because I love going to the beach and when I go, I see lots of litter which people have thrown around therefore I wanted to take some action rather than just complain,” said Anaya. “The first time, two years back, when I went for a beach cleanup with my mom, I saw scuba divers that went into the sea and removed 18 huge tires along with other garbage from the seabed, which would have an impact on the entire ecosystem and directly or indirectly impact all of us, which really disturbed me.”

When Anaya was given an opportunity to choose an action project at her school, she chose to conduct a beach cleanup. She made the choice, having remembered reading about it in the Ta`lim curriculum at Bait-ul Ilm, learning that one of the ethics of our faith is to take care of the environment. She researched on how many years it takes for each piece of litter to decompose in the sea and its impact on animals and humans.

“On the 8th of June, I feel that I initiated some change because 54 people came to support me for my beach cleanup,” said Anaya. “Within two hours we found 16 glass bottles, which each take one million years to decompose, as well as many other aluminium cans and plastic bottles, which could have harmed animals in the sea and their habitat.”

“My perspective about this issue - beach and sea pollution - has deepened and changed from ‘I can’t do anything’ to ‘Each one of us can contribute to be part of the solution!’”