Skip to main content
The.ismaili > Global > Ismaili solicitor awarded the Freedom of the City of London

On 17 December 2019, Naureen Karim Shariff was conferred with the Freedom of the City of London in a ceremony officiated in the presence of family, friends, and colleagues at the esteemed Chamberlain’s Court at The Guildhall in London.

The Freedom of the City of London is one of the oldest surviving awards in existence, believed to have been first conferred in 1237. It is the highest honour bestowed on a person connected to the City of London, the UK capital’s historic financial district also known as The Square Mile. Today that boundary has since been extended to candidates who have made a meaningful contribution to the wider area of Greater London. 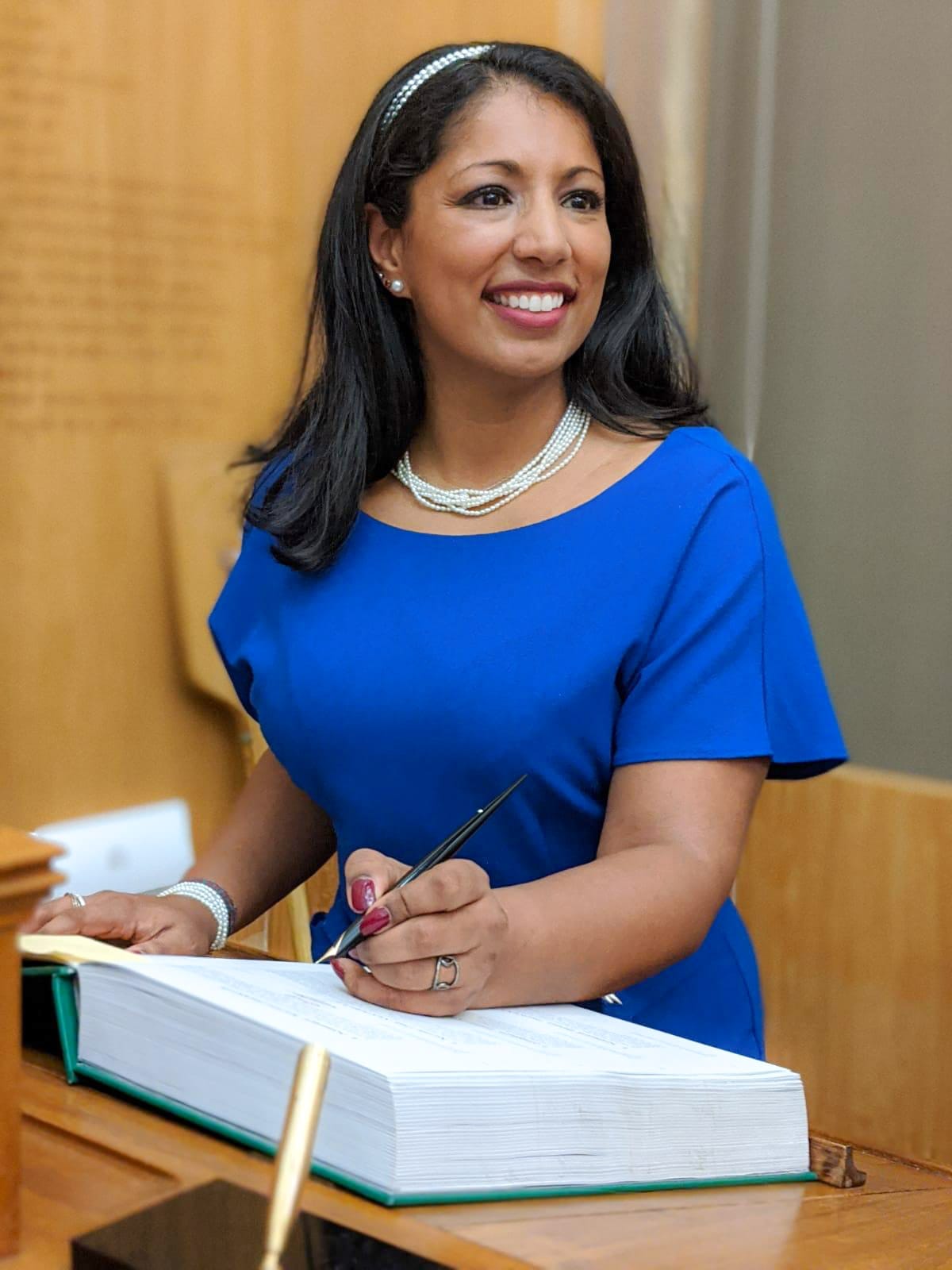 Naureen Shariff signs the Freeman’s Declaration Book shortly after being awarded the Freedom of the City of London.

The ceremony began with Laura Miller, the Deputy Clerk to the Chamberlain’s Court welcoming Naureen and all those present. She went on to explain the ancient customs pertaining to the Freedom, its significance and meaning. Naureen was then invited to read the “Declaration of a Freeman” aloud, following which she signed the Freeman’s Declaration Book and was handed a framed copy of the Freedom to conclude the official ceremony.

The walls of the Chamberlain’s Court are adorned with numerous framed scrolls of past recipients including Prime Ministers Winston Churchill and Margaret Thatcher, presidents, world leaders, and luminaries from all walks of life. The central table carries artefacts and memorabilia relating to elements to which the Freedom of the City of London relates either via its Livery Companies or Freemen.

Following the event, two significant points were made by the Deputy Clerk: She announced that Naureen was “the youngest person in the world today to have received the Freedom of the City of London” and that it was a misconception that the Freedom award was male-centric. On the contrary, it is gender-blind because numerous women have been awarded the Freedom since Medieval times.

As a Senior Associate solicitor with Blackfords LLP based on Old Bailey, Naureen is part of a Fraud Investigation and Criminal Defence team. She works closely with individuals, large corporations and Government departments, and is part of a team that works with high net worth individuals who have complex, multi-jurisdictional financial arrangements.

Naureen has a long history of volunteering within Jamati institutions. Until recently she was co-chair of the External Relations team and now serves as a member on the legal committee along with a number of other appointments.