Racing would appear to have been on the cards for Nabila from the earliest days given that she was born into a family with a history of rally driving. Both her father and her grandfather had taken up the sport professionally in Kenya.

The celebrated Safari Rally, a race held annually since 1953, will be familiar to many Ismailis with roots in East Africa. Due to the rough roads, arduous conditions, and changing weather, it was known as the most difficult event on the global rally circuit. 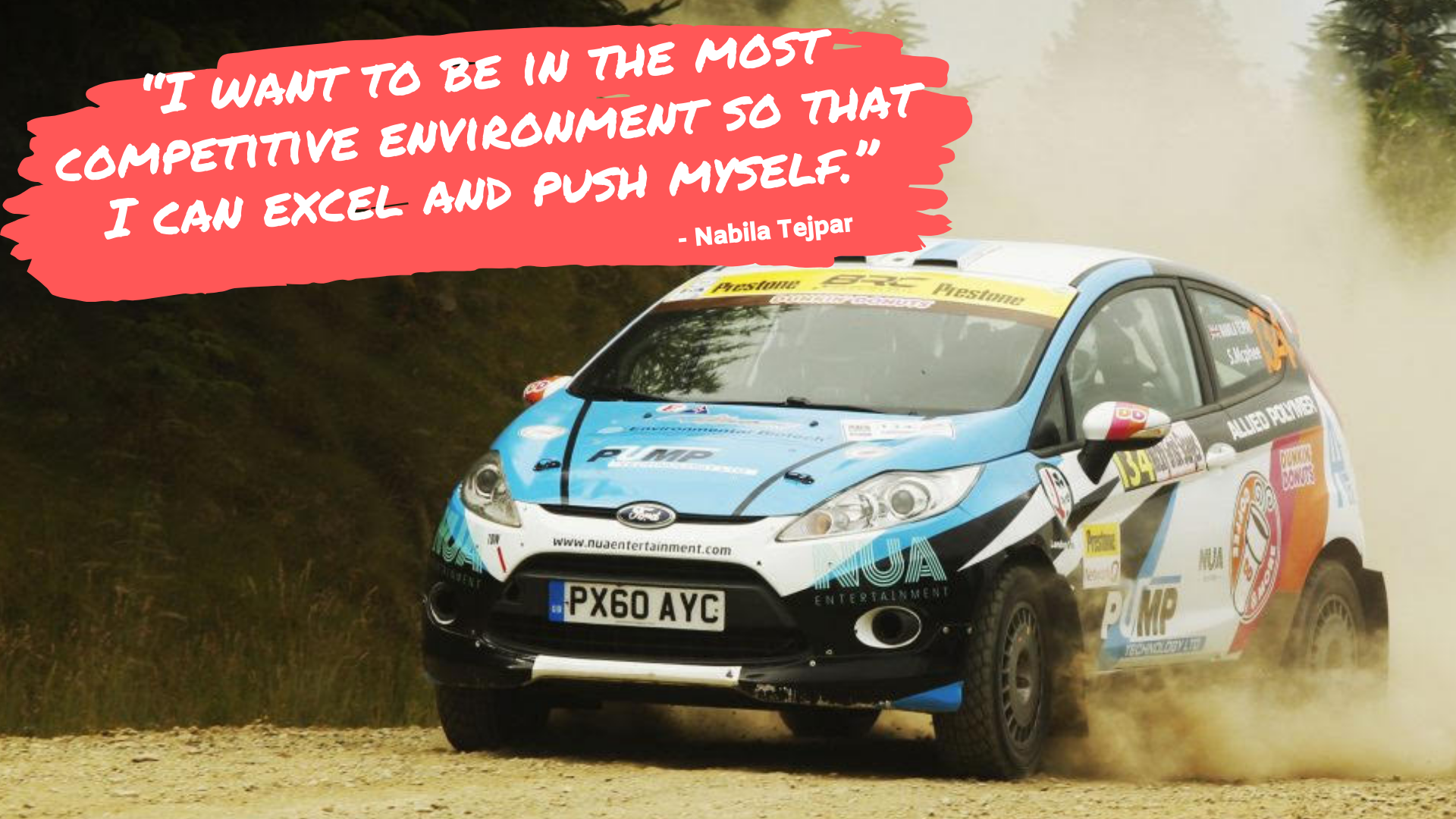 Adding to the illustrious family history, Nabila explained with a grin, was at the top of her professional priority list. In her youth, her first attempt at racing sparked a feeling of excitement she didn’t expect and in that moment, she knew that this was where her future lay.

Despite this passion, her education never took a back seat. The American University of Washington beckoned and she accepted a place in the International Business and International Relations undergraduate programme. The knowledge that a sound education was always vital never left Nabila’s mind, and only upon successfully obtaining a degree did she give up the dorm rooms for the dirt tracks. Now she was more ready than ever to demonstrate just what she could achieve in the rallying world.

Sport was, for her, an opportunity to try new things, challenge herself, test her own abilities, and live a life where every day was full of excitement. In 2015-16 she took on a further challenge by stepping up from the local to the national. Whilst her initial foray into the British Rally Championship did not immediately go to plan — she broke the car within the initial 4.5km, tearing the drive shaft — she was not going to allow a setback to dampen her drive. She went back the following day and finished ninth out of 16. The progress she made that day pushed her forward and 2017-18 saw her become the British ladies champion and led to her receiving the accolade of Essex Sports Personality of the Year. 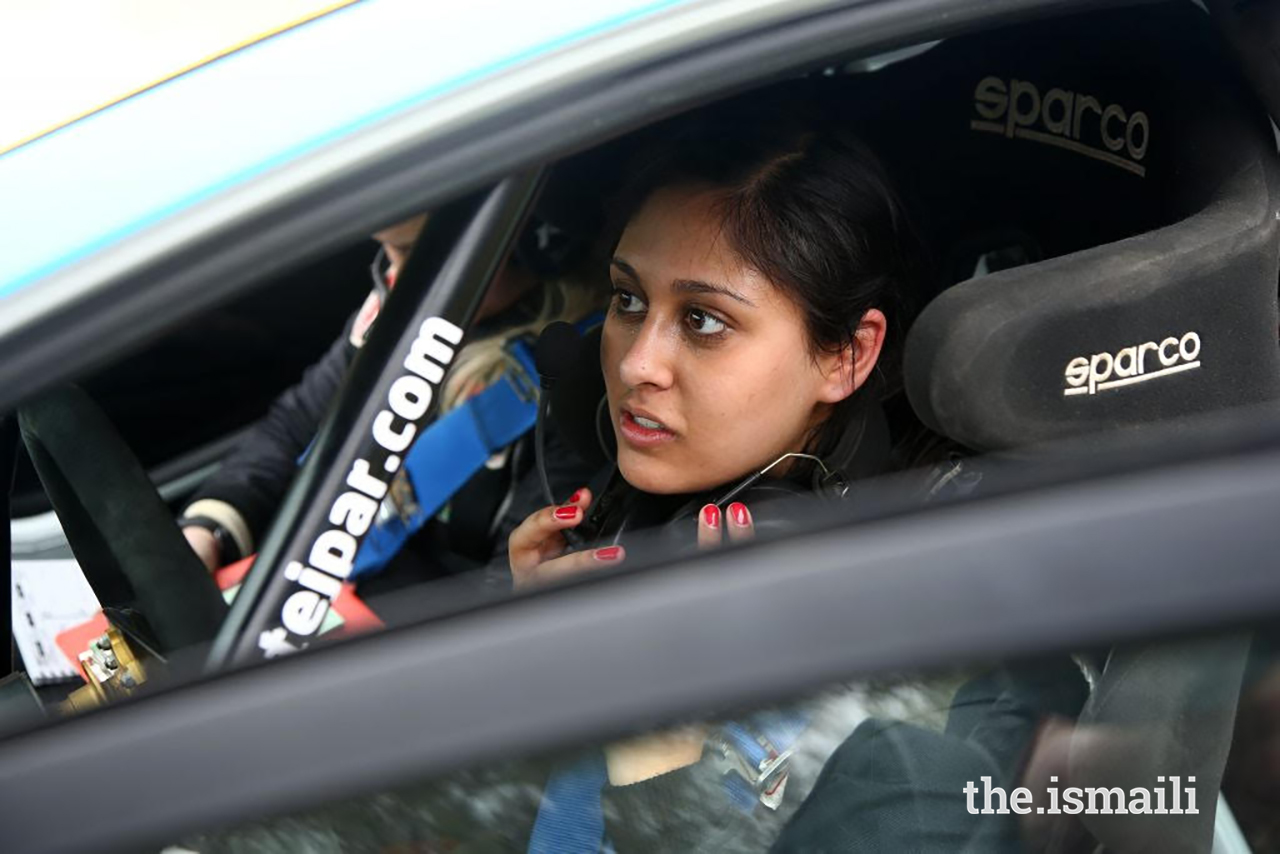 It has been onwards and upwards from there until the present; Nabila now also competes in Spain and Portugal. Rally driving, she explained with a real sense of excitement, was never dull or boring; there was always something new, everything stood out and gave her a sense of exhilaration. A highlight moment came when she had the opportunity to drive her grandfather's restored DAF 55 from the 1971 Safari Rally. In all this, Nabila described why racing, and sports in general, is such an important aspect of her life.

As quoted in the memoirs of our 48th Imam, Mawlana Sultan Mahomed Shah, “Life is a great and noble calling; not a mean and grovelling thing to be shuffled through as best as we can, but a lofty and exalted destiny.” Excelling in all we do and exerting ourselves for the pursuit of excellence has always lain at the heart of the Islamic tradition and we have always been encouraged to explore the gifts which the Creator has bestowed upon humanity, both within the universe and deep inside ourselves. The qualities we possess such as perseverance, patience, discipline, and the ability to work with others in teams demonstrate a connectedness which we all share. In that spirit, Nabila shared her thoughts on how to constantly improve, “I want to be in the most competitive environment so that I can excel and push myself.” 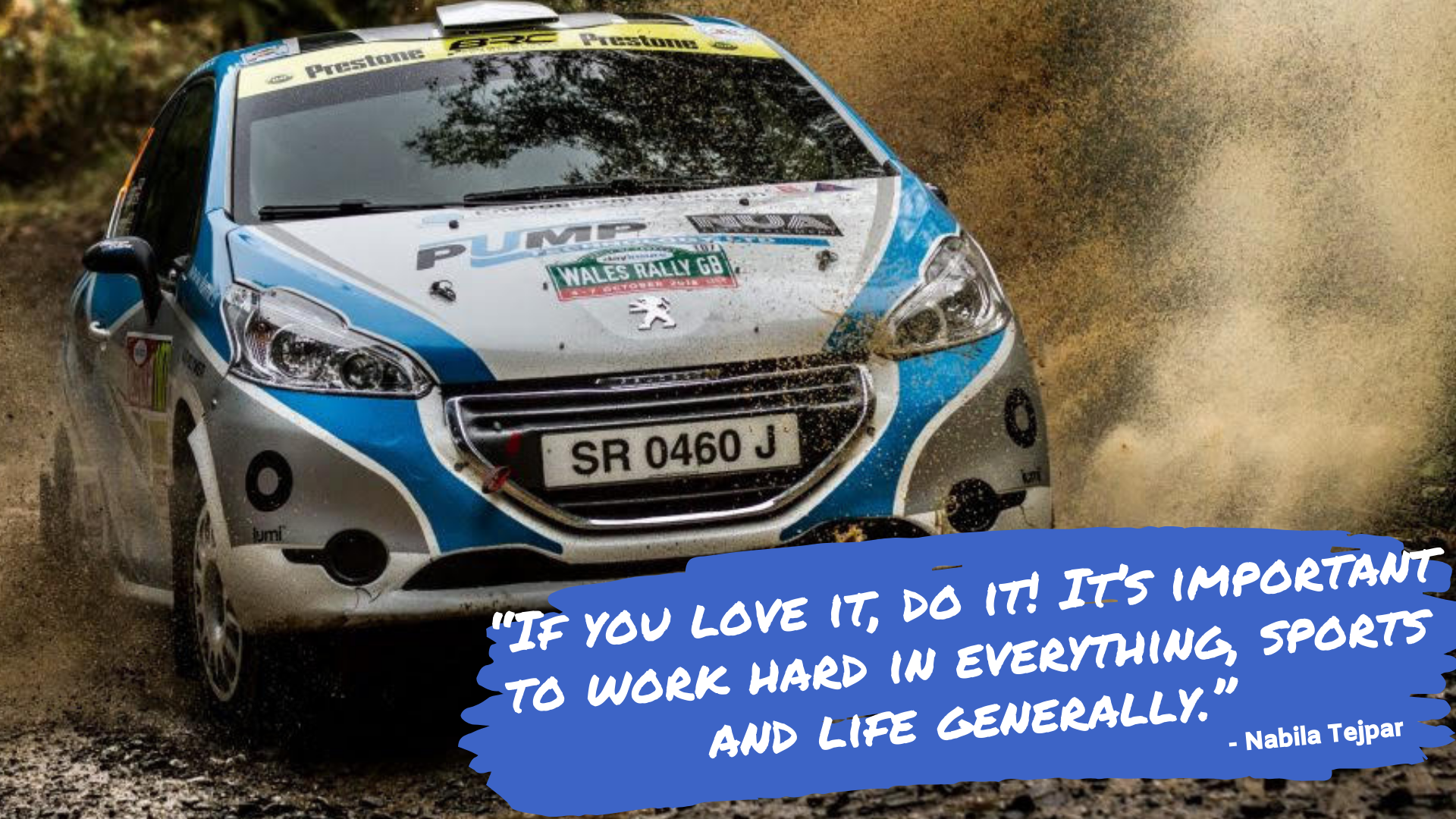 As the conversation drew to a close, Nabila offered some words of encouragement to others who wished to pursue the path of sports: “If you love it, do it! It’s important to work hard in everything, sports and life generally.” Advice and wisdom for the ages from someone in the prime of their career. With every rally, Nabila Tejpar will continue to take her passion and drive to the next level, racing ahead towards a successful future.