Samina, Nahla, Nazneen and Shenaz have spent many years working across various agencies and departments of the UN. Here they share their experiences and stories about their public service.

Investing in local communities: Samina Anwar’s work at the UN has spanned 15 years and four agencies. She is currently a Program Manager at the United Nations Capital Development Fund, where she manages innovative financial instruments and investments that promote equitable local economic development across Africa and Asia. Samina says she is motivated to provide “suitable solutions to local needs by using her own experience and putting herself in the shoes of communities.”

Advising on high-level gender policy: Nahla Valji is the Senior Advisor to the Secretary-General (SG) on gender – a topic which has been a top priority for the SG, both inside and outside the UN. Nahla has worked on the UN’s gender parity strategy and its implementation, and manages a large European Union investment to support reforms to end violence against girls and women.

Investigating gender and health: With more than 20 years at the UN, Nazneen Damji initially joined the UN as a Fellow with the Institute for Leadership Development. As a policy advisor on gender equality, HIV, and health, she oversees UN Women’s policy and programming efforts on gender equality dimensions of HIV and AIDS as well as on women’s health.

Long-term service: Shenaz P. Nagji has had a stellar 38-year-long career at the UN in Conference Secretariats and various Departments such as Technical Cooperation, Disarmament, Political Affairs, Peacekeeping and Field Support, and has seen the institution’s evolution over time. A few highlighted accomplishments include: servicing high level meetings and conferences both at UN Headquarters and abroad, accompanying high level delegations away from UN Headquarters, setting up and scaling down the election office in Cape Town for the historic post-apartheid South African elections, acting as an election observer in Angola and Eastern Slavonia, and at times supporting 500 to 1,000 field staff. 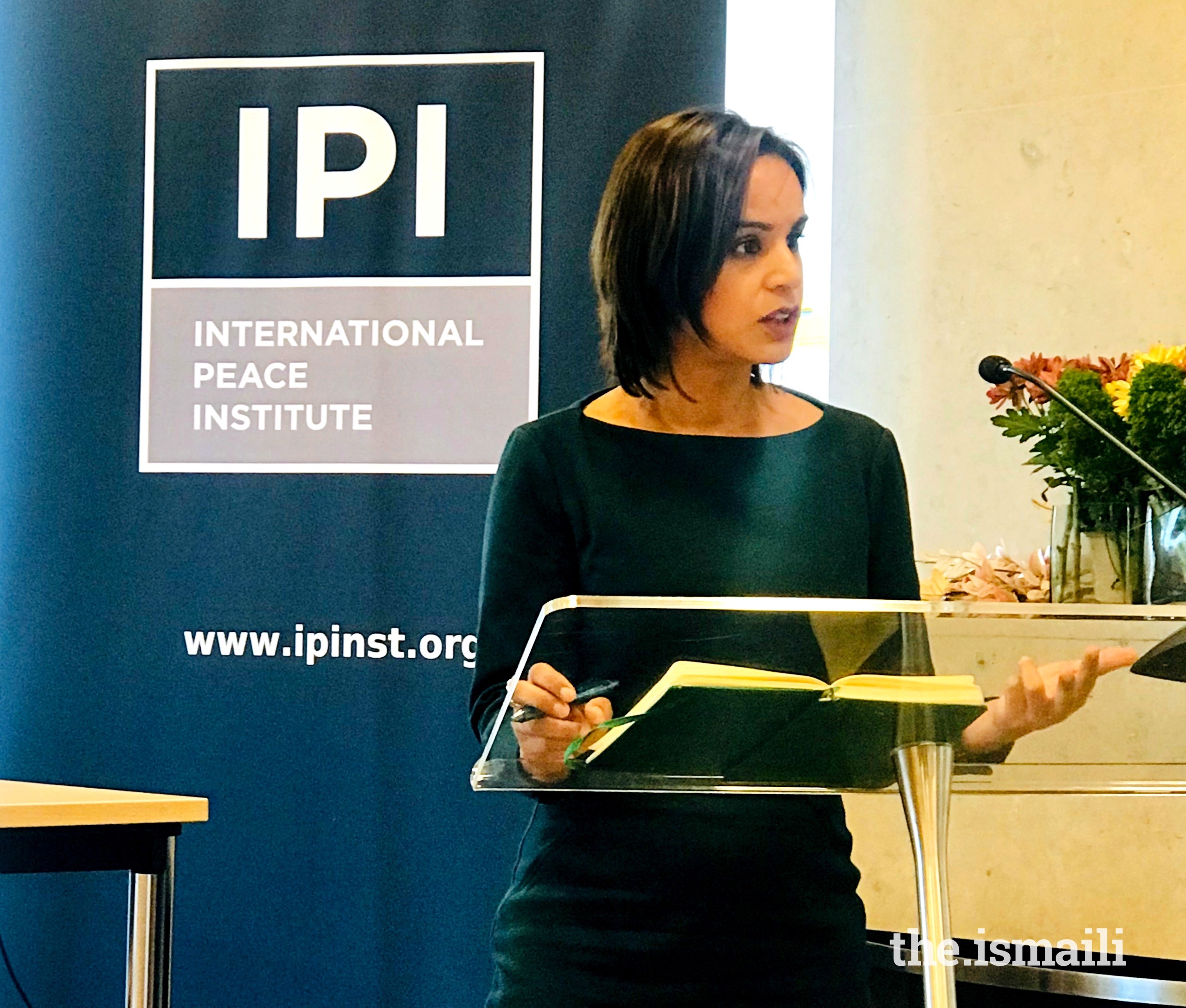 Nahla Valji is a Senior Advisor to the UN's Secretary-General.

The four UN staff members share how they have been motivated by their backgrounds and life experiences not just to serve others, but also to take the specific paths they have followed to and through the UN.

Originally from Hunza, Samina’s career was influenced by her upbringing in the mountainous areas of northern Pakistan. There, she witnessed the potential of investing in local economic development and the profound impact it had on the livelihoods of women and men. This prompted her to study economics and social policy at the London School of Economics.

Coming from a refugee family that left Uganda for Canada, Nahla says she always knew she wanted to focus on refugees and migration with a gender lens. She got her start working with local non-governmental organisations in South Africa on rule of law and transitional justice issues for 10 years. She also founded an academic journal on transitional justice. During this time, she was asked to consult for UNIFEM, the precursor to UN Women, which proved to be her entry point into the UN.

Similarly, Nazneen was volunteering with a domestic violence shelter in her native Nairobi while working at the UN Environment Programme, when she became interested in the intersection of gender equality and health. Listening to women’s stories, she better understood how the UN could contribute. She recalls the 2001 UN General Assembly Special Session on HIV – the first Special Session on a disease. The double stigmatisation of women and HIV presented an imperative for Nazneen to act: “The stigma has fuelled me to do even more, to be interested in how I can play a role in leaving no one behind.” 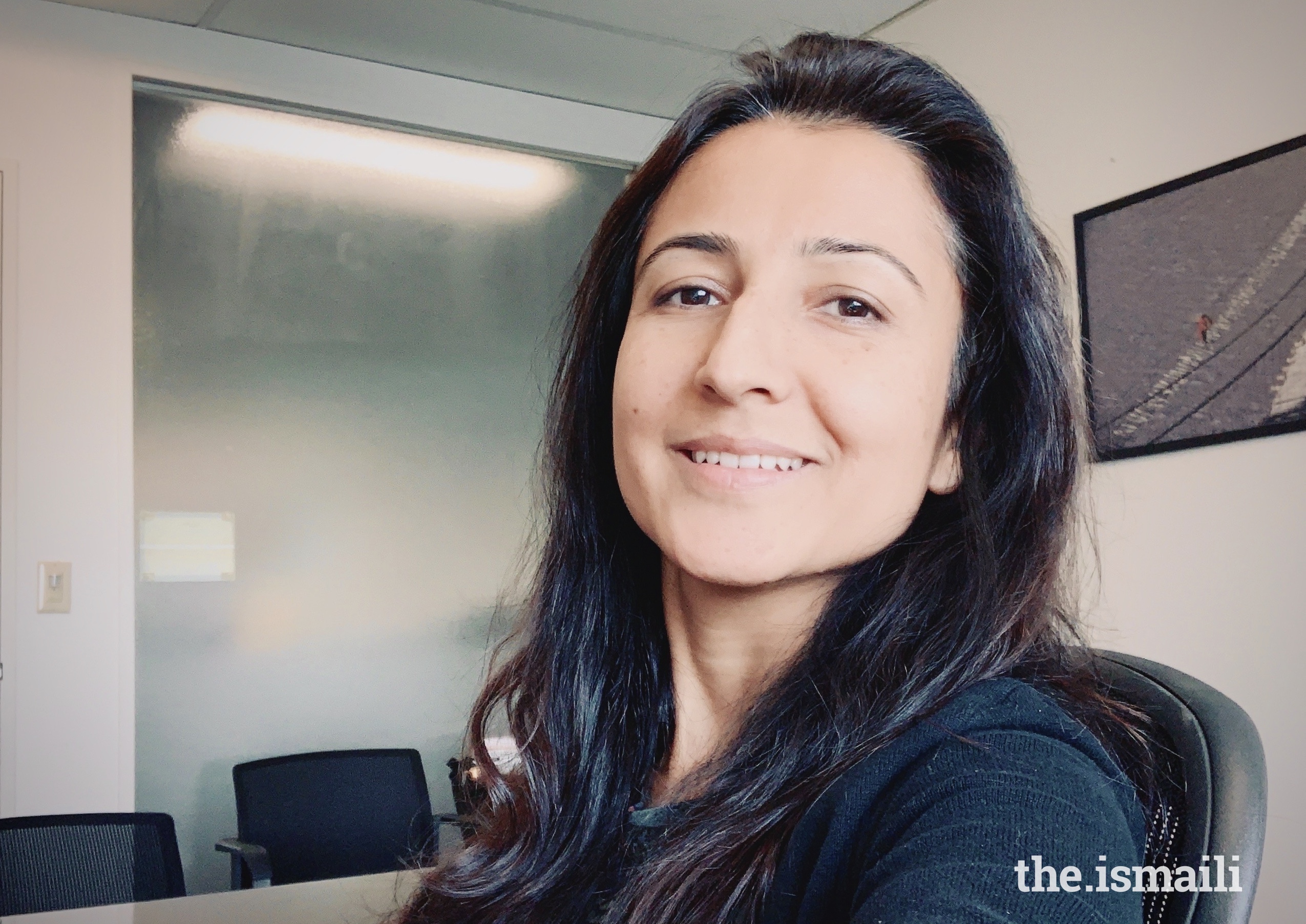 Samina Anwar’s work at the UN has spanned 15 years and four agencies.

From Mtwara, Tanzania, Shenaz initially applied to the UN with her brother's advice and support. She has no shortage of inspiring anecdotes from her time at the UN. Particularly stirring is her story of volunteering in the initial establishment of the UN Mission in East Timor. While she was constantly evolving in her professional capacity, in moments of reflection on her time at the UN, Shenaz feels abundantly blessed to have had these opportunities. Upon her retirement, Shenaz received the Certificate of Service from the then Secretary-General for her numerous years of dedicated service to the UN.

In reflecting on how the Ismaili values of integrity, compassion in a pluralistic setting, and seeking and sharing knowledge have shaped her career, Shenaz recalls that she was noticed for her ethical workplace practices. She applied the principle of fairness when managing staff and their requests and “looked at everyone with the same eye.” She takes inspiration from Nelson Mandela exercising the ethic of forgiveness in victory and Kofi Annan, seeing his humility and modelling of pluralistic values first-hand. In today’s material world, Shenaz’s faith reminds her to be compassionate, “to others and to ourselves,” to respect different views, to seek knowledge, and to serve others.

The emphasis on the values of hard work, kindness, and generosity that Samina was exposed to during her upbringing meant that Samina has been able to easily adjust to different contexts and does not see cultural differences as barriers: “Human beings are meant to be diverse, that is our strength.” The women also see a strong link between these Ismaili values and the UN’s principles of equality, pluralism, diversity, and justice.

There is a history of connections between the UN and the Ismaili Imamat. It is well-known that Mawlana Sultan Mahomed Shah served as President of the League of Nations in 1937, the precursor to the UN. In 1966, Prince Sadruddin became the youngest and ultimately longest serving UN High Commissioner for Refugees. This link continues today; Nahla points to the words of her boss, Deputy Secretary-General Amina Mohammed, who delivered the Global Centre for Pluralism’s Annual Pluralism Lecture in June this year, highlighting the UN and AKDN’s shared values. Their long-standing partnership was illustrated during the Deputy SG’s subsequent visit to the Aga Khan Hospital in Bamyan, which partners with the UN Population Fund.

Role of the UN over the years and today: “It is the best body we have”

All four women see a critical role for a body that, in the words of Samina, “creates a unique space for dialogue among all nations,” that collectively “keeps an eye on challenges for the human race,” that encourages cooperation and considers all member states and their citizens equal. Particularly in a world where challenges such as climate change, natural disasters, and conflicts do not acknowledge borders, the role of the UN is clear to Nahla: “Where else are issues going to be addressed? What is the alternative?” Nazneen uses the example of HIV to illustrate the importance of the UN’s multilateral approach, particularly on the African continent: “If we didn’t have the UN, we wouldn’t be where we are with the response to the epidemic.” 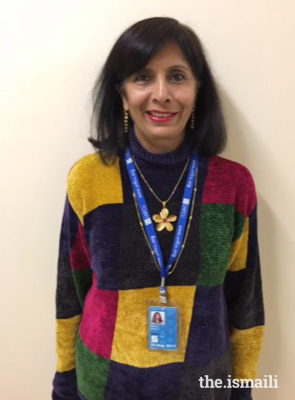 Shenaz Nagji has had a 38-year-long career at the UN, and has seen its evolution over time.

The new Sustainable Development Goals, “a blueprint for a world we should build today” according to Nahla, are a global all-inclusive agenda based on the UN’s core values. The 17 goals aim to create peaceful and inclusive societies by the year 2030. Nazneen discusses examples of the UN’s unique role in addressing the shrinking space for civil society at national levels and believes that, in the absence of the UN as a broker, we would see a harmful reduction in the important space civil society occupies.

The evolution of gender at the UN

Nahla recalls that the 15-year commemoration of Women, Peace, and Security in the UN Security Council was the largest open debate in the history of that body, proving that issues relating to gender are both important and are attracting greater acknowledgement. The creation of UN Women — a full agency dealing with gender issues — was an important evolution of the UN in 2010. The agency has “an incredibly important mandate to ensure the UN as a whole delivers for 100% of the population,” says Nahla. She, along with Nazneen and Samina, have all had experience with the agency or its precursor and contend that this change has resulted in significant gains. Today, gender equality is high on the agenda in the policy space, leading to the formation of interagency networks, gender strategies, and improved reporting. Internal efforts at senior levels to achieve gender parity have been amplified, as evidenced by the SG’s goal of gender parity in the selection of heads of UN agencies.

However, they note challenges, including funding incommensurate with a growing mandate, a misunderstanding that “gender” relates only to women, a discomfort with the shifting balance of power as women take on new roles, and a growing pushback in some parts of the world against women’s rights. Samina cautions that a balanced approach is necessary to achieve the agency’s mandate, with the provision of technical support, measurable indicators of progress, and appropriate budget allowances.

Inspiration for the future 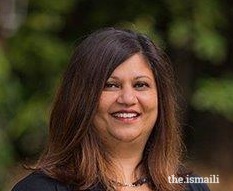 Nazneen Damji initially joined the UN over 20 years ago.

While appreciating the gains the UN has made over the years, the organisation should not be over-romanticised. Nazneen advises: “Don’t join the UN to say you’re in the UN; the glamour ends on day three, just like any other workplace.” She reminds us to be practical, level-headed, and extremely patient. All four women look forward to the energy and critical thinking approach young people bring in improving the UN.

“Multilateralism is not dead,” says Nazneen. The rise in activism, young energy, and an interest in a global approach to crises such as climate change provide new opportunities and reasons for optimism.

In reflecting on their careers, Samina, Nahla, Nazneen, and Shenaz all agree on the importance of mentorship, with some saying they may not have progressed as far as they have without a good mentor. Having supervisors with a true agenda to motivate staff, who helped them grow in their own thinking, encouraged self-reflection, modelled good leadership, trusted them, and provided opportunities for growth, played a pivotal role in the advancement of their careers. These successful women who have dedicated their inspiring careers to the noble mission of the United Nations all now embody the characteristics of inspiring leaders and act as mentors themselves with the hope of inspiring the next generation of professionals in international public service.

Nadia Hasham is a senior analyst at the UN Office of Humanitarian Affairs. 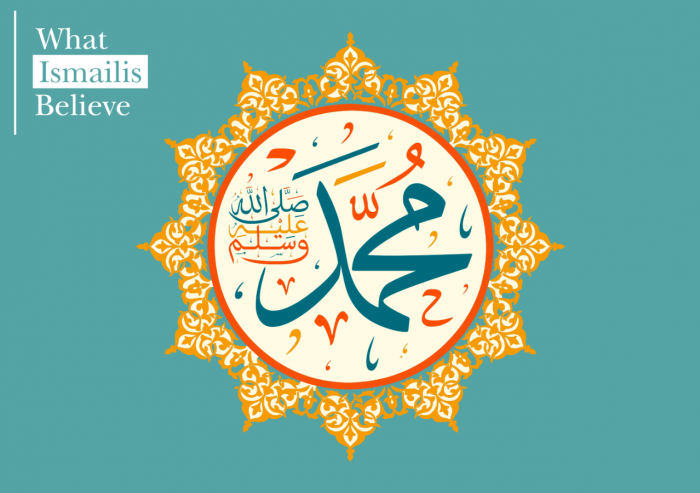