Many of us spend our weekends having much needed downtime, catching up with chores or spending time with family. How willing would you be to give that up? Yasmin Heath from Brighton Jamatkhana in the UK did just this when she served on a TKN assignment in Europe. For one weekend every month, for six months, Yasmin travelled to Germany to voluntarily help murids from Afghanistan learn English language skills. 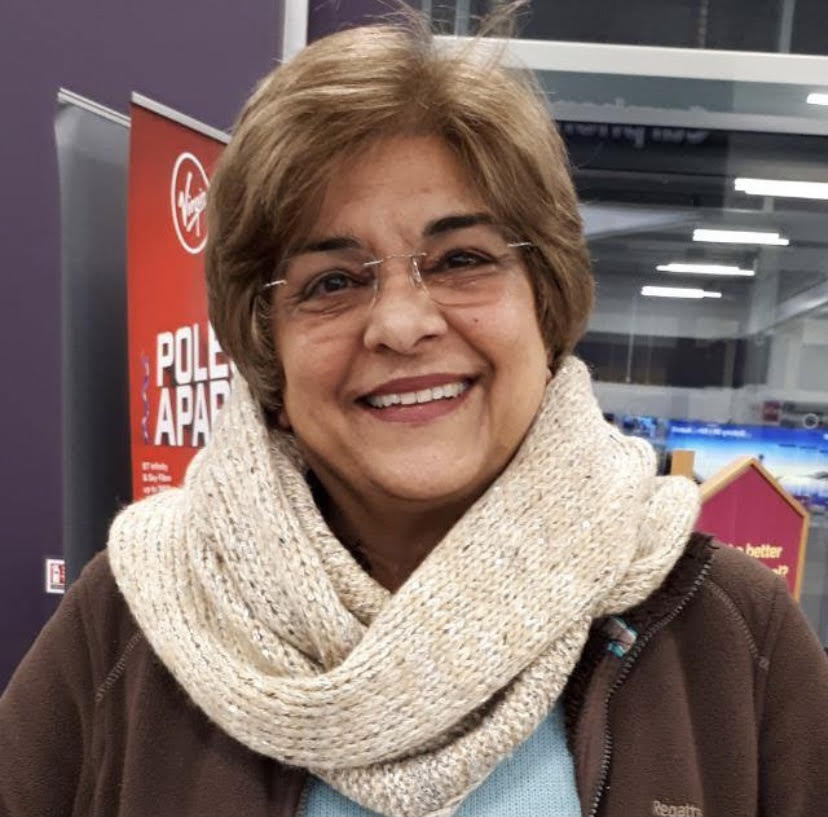 Dr Shogufa Mir Malekyar was heavily involved in this language initiative. She said that the role of their committee was to bring the voice and needs of the German Jamat directly to the National Council. Being based in Germany, Shogufa had first-hand experience of the needs of newly arrived murids from Afghanistan, Syria and Tajikistan.

“English is an international language, important in German schools and the workplace.  Learning English would also help newly arrived murids understand the farmans of our Imam, which are delivered in English. We worked with the Aga Khan Education Board to develop different activities to support their language development. One of the actions we took was to commission teachers for English and German,” she said.

“The initiative was very important to our work for these murids. The Jamat is very diverse, from different countries, with different mother tongues. While we supported them with learning the national language of Germany, learning English was equally important as it allowed them to communicate with the Jamat around the world.”

English is one of the most widely spoken languages in the world. Murids migrating from Afghanistan and other countries face many challenges in attempting to assimilate into the communities where they settle. Learning English is crucial in assisting murids to communicate with others and helping them to find opportunities in Europe, so they can also support the families they have left behind.

Yasmin had built her career as a holistic therapist for 30 years. She felt that she did not want to continue doing this for the rest of her life so she decided to pursue her passion for education and helping others, particularly those in developing countries.

“I felt I had an internal calling to work in a community where the children don’t have access to education facilities.”

After she received her qualifications to teach English as a foreign language, she looked to warmer countries where she could travel comfortably and independently.  She said teaching was the best thing she could do. “Children are like sponges, by helping them learn English, I can help them build a foundation to go further in their education.”

With her new qualifications and her spirit to help others learn and grow, she ventured to southern India, Borneo, and Malaysia where she could fit in culturally.

Yasmin’s change in trajectory was serendipitous as it was this skill of teaching English as a foreign language that helped her actualise the TKN niyat she offered during Mawlana Hazar Imam’s Golden Jubilee.

“After serving as Mukhiani Saheba of Brighton Jamatkhana during the Golden Jubilee, I was very privileged and humbled by being given this assignment to teach English to our Afghan murids, some of whom wanted to settle in English speaking countries.”

Yasmin initially spoke with each student individually, making a recording of their aptitude for English and determining their fluency in speaking and reading. Every student had different aspirations and expectations regarding the purpose of developing their English language skills. Yasmin describes how some wanted to move to England or Canada. Other murids already had qualifications or professions. “One of my students was qualified as an engineer in Afghanistan and therefore, to build and transition into a career in Europe or Canada,  needed to learn English.” Others aspired to set up their own businesses or find a job. In addition to helping them with English language skills, Yasmin also assisted them in developing effective CVs.

Yasmin taught students with varying levels of proficiency in English. From a 15-year-old who learnt English at school to a 65-year-old student who could not speak any English. Designing a bespoke course was required to accommodate all levels of competency in speaking, reading and writing in English.

“I designed the course which I hoped would not only be educational in terms of grammar, reading, and writing but also for them to be proactive with suggestions. Hopefully I made their learning enjoyable too,” she said.

Over six months, Yasmin dedicated weekends to working with a group of 10 people to develop their English language skills. This required intense commitment from both Yasmin and the students she worked with – from 10 AM to 6 PM on Saturdays and Sundays, they devoted their time to the language classes.

Having recorded both their initial and final reading and conversation exercises, the murids who participated were able to see and hear how their skills had developed over the six sessions.

“I often think of my students from Afghanistan and wonder where they are now or if they have accomplished their aspirations of moving to an English-speaking country. I learnt so much from them about how life was back home and the hardship they had to endure and couldn’t express enough shukrana for my own life here in the UK where there is freedom, independence, health, and social network.”

Amin Jamani, UK Ismaili Council member responsible for TKN said: “Yasmin’s TKN assignment shows us how the skills that we have developed even outside of our main career can help our Jamati and AKDN institutions with the problems they are trying to solve. It’s crucial that murids who have submitted a TKN niyat keep their profiles updated but also share information on all their skill sets. It might be skills that you’ve established outside of your main job or career path that could help our institutions.”