Skip to main content
The.ismaili > Global > Developing a child’s mind through the game of chess

Developing a child’s mind through the game of chess

Research shows that children who play chess cultivate good habits that benefit them academically and socially. Danial Asaria is a young chess champion from California who has won several local and national awards. His parents discuss how teaching their son chess has helped him to sharpen his focus, improved his analytical abilities and develop other important skills.

“You analyse your options four or five steps ahead. Every move you make has consequences, and if you make the right moves, you will get the right results.”

That is how Nasreen Asaria, mother of a nine-year-old chess champion Danial Asaria, defines chess. “It is a fascinating game, just like real life. You eventually are responsible for your own actions.” 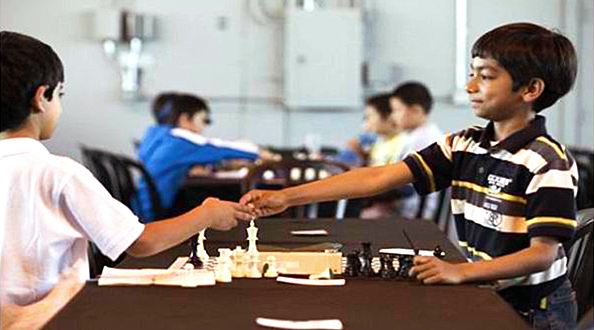 The California couple picked up on their son Danial's highly developed aptitude for critical thinking when he was just seven, and decided to provide him the perfect platform to exercise his mental muscles – in a chess classroom.

Although it may seem simple, chess is a game that requires strong mental discipline, and the ability to strategise and recognise patterns in players' positions. “Chess theory is complicated and many players memorise different opening variations,” says Dr Robert Ferguson, executive director at the American Chess School, who has spent numerous years researching the effects of chess on children. “During the game you are focused on only one main goal – to checkmate and become the victor.”

It may be surprising to see Danial – now a third grader – achieve multiple victories at such a young age in a game that requires intense thinking and mental discipline. But the Asarias have a simple explanation for it – Danial is not only good at chess, but loves the challenge the game offers. “He is fearless of the outcomes,” says Nasreen. An important lesson in life: If you enjoy doing something, then success will likely follow. The Asarias led Danial to believe that chess was just another fun game for him to master. They were sure that should Danial fall in love with the game, he would learn to master it at his own pace. 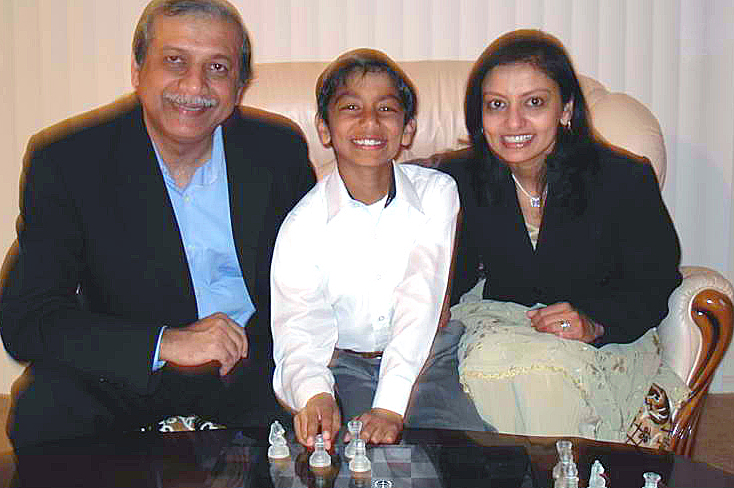 The Asarias with their young chess champion. Courtesy of the Asaria Family

And master the game, he did. In just a span of two years, Danial not only won several local and academic chess competitions in California, but has also ventured onto the national stage. In 2010, Danial won first place in US Open Category Class D tournament and second place in the National K12 Championships. Most recently, Danial was named a winner at the Southern California Super States 2011 Chess Championship. In the near future, he hopes to play in the World Youth Chess Championship. For Danial, the most memorable game was when he got “to play on the first board in Nationals in Florida.”

Good players typically think with a calm mind, eliminate hasty moves and focus on the more promising ones. Danial has an excellent memory that helps him recall all the wrong moves he made in previous games – and he knows not to repeat those. Moreover, Nasreen believes that when time constraints often tempt young children to make hasty choices, chess teaches the art of patience. More importantly, children who play chess learn to step back periodically from details and consider the bigger picture.

“Children are taught that they don't have to do the first thing that pops into their mind,” says Nasreen. “By learning chess, they learn to identify alternatives and consider the pros and cons of various actions.” 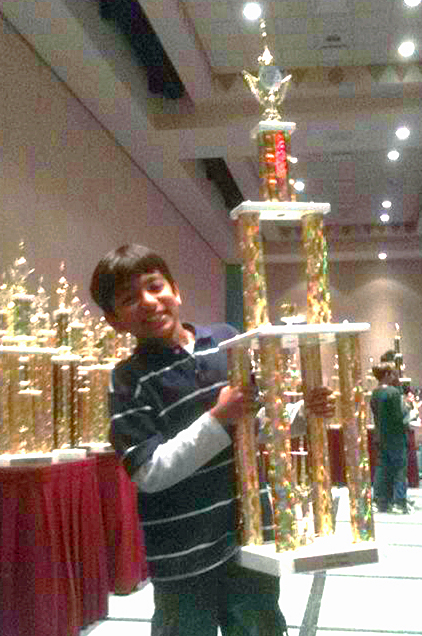 Danial Asaria celebrates with with his trophy at the US National K12 Championships. Courtesy of the Asaria Family

Numerous research studies have shown that chess enhances the cognitive strength of children and allows them to succeed in the classroom. The Asarias could not agree more. They believe that chess has increased Danial's focus in academics, prolonged his attention span, and enhanced his analytical and decision making skills.

Several years ago, Dr Ferguson conducted an independent study where he involved gifted students in grades 7-9, in a variety of special activities – including chess – over a period of time. The goal of the project was to provide challenging experiences through enrichment activities that would stimulate thinking. Tests were administered at the beginning and end of the project. Dr. Ferguson found that chess had a definite impact on developing analytical thinking skills in the students and no other enrichment activity was able to match chess in that regard.

“For years, school children in other countries have been taught chess as a way of improving basic reasoning as well as math and verbal skills,” says Dr. Ferguson. “Finally chess is being introduced formally in our public schools from Freeport, New York, to San Francisco, California.”

Danial is still undecided on what career he would like to pursue when he grows up. “A school teacher or a chess grand master,” he declares when probed. Nasreen hopes that he will make a choice one of these days. “For now, it seems like his motto is never give up and have fun,” she says. 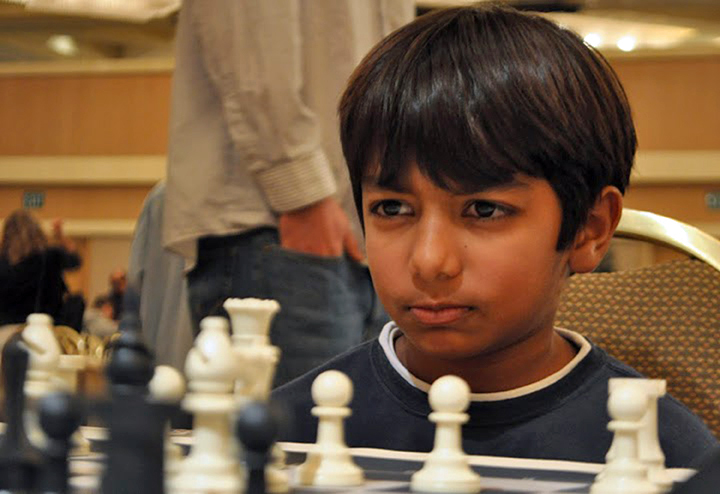 Danial Asaria plays an intense game at a national US chess championship. MonRoi

The Asarias believe that developing a child's talent should be a natural process––and involve an element of fun. To encourage an interest, they suggest exposing kids to various development activities, whether it is physical sports, musical instruments, arts, academic games, or mental challenges similar to chess. Once an interest has been identified, parents should encourage children to stick with the activity for a set period of time to gauge its impact.

When it comes to chess, stress does not help. “Remember, there should be no pressure,” says Nasreen. “This game can be learned and enjoyed at any age.”

And the Asarias are a living example of it. They are just now learning the basics of chess––from a very capable teacher! 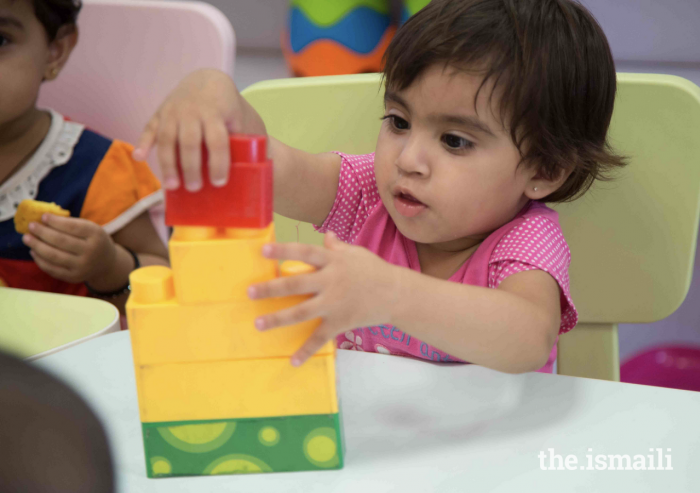 Educating from the cradle onwards 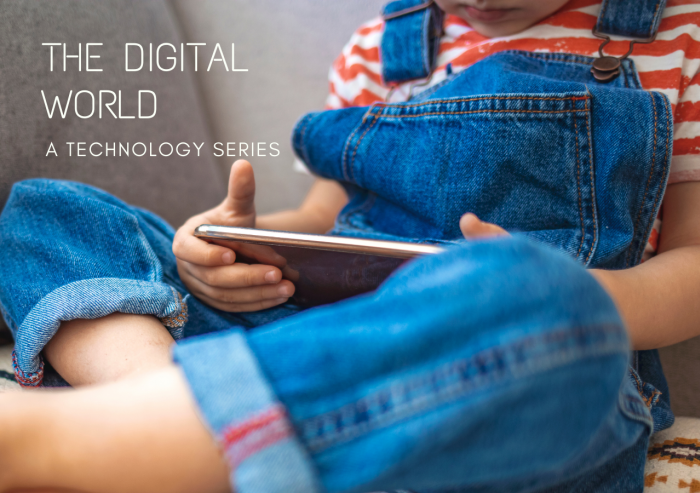 Raising children in the age of technology