Skip to main content
The.ismaili > About Us > Word of The Week

This dictionary is an archive of all entries in the Word of The Week series, which features various terms relating to our global community, history, and faith.

An Arabic term, barakat is a blessing and grace that comes from God and flows into the world through those who are believed to be closest to God, such as the prophets, including the Prophet Muhammad (pbuh), the Ahl al-Bayt (the Prophet’s family), the Shi’i Imams, and Sufi shaykhs and pirs.

An Arabic term, referring to an oath of allegiance. In many Muslim traditions, it means to offer oneself to a spiritual master, pir, murshid, or shaykh, from whom one receives spiritual knowledge and guidance. For Ismailis, it is the acceptance of the permanent spiritual bond between the Imam-of-the-Time and the murid.

Private organisations that operate on a voluntary basis, but are designed to serve public goals. Also referred to as Non-Governmental Organisations (NGOs) or the ‘third sector’, distinguishing it from the government and business sectors.

A Persian term meaning “the house of the community.” From two words: jama‘at (“community”) and khana (“house”). Diverse Muslim communities use a variety of spaces of prayer and gathering. Spaces called Jamatkhanas have been used by both Sunni and Shia communities. Today Ismailis globally use Jamatkhanas as their place of worship and gathering.

An Arabic term meaning "service" in a general sense. It is often used as an ethical term for service to humanity, including volunteerism. For Ismailis, the term khidma or khidmat is used as an expression of unconditional service to the Imam-of-the-Time.

A Persian term, meaning “extending hospitality” or an "offering", usually to guests. In many cultures, guests are to be treated with generosity and kindness. For Ismailis, mehmani is an offering of our generosity to the Imam-of-the-Time.

An Arabic term meaning "committed one". In Sufi and Shia traditions, a murid is someone who seeks enlightenment through the teachings of a spiritual guide. In the Ismaili tariqah specifically, murid refers to a follower who has offered an oath of allegiance to the Imam-of-the-Time.

An Arabic term meaning "one who provides direction or guidance". In Muslim esoteric traditions, it refers to a spiritual guide or teacher. For Shia Ismailis, it refers specifically to the hereditary Imam-of-the-Time.

An Arabic term meaning "an explicit statement" or "designation". In Shia tradition, nass is the designation by the Imam-of-the-Time of his hereditary successor.

Pluralism is a positive response to diversity. Going beyond tolerance, pluralism promotes the respect, embrace, and celebration of difference. A spirit of Pluralism encourages the peaceful coexistence of people from diverse backgrounds and cultures.

An Arabic term, which is the plural of salat, meaning “prayer”. It is used by all Muslims to refer to prayers to invoke blessings on Prophet Muhammad (pbuh), as mandated by a Qur’anic injunction. Believers recite Salawat for a variety of reasons, including to seek Allah’s help, support, and grace, and to express gratitude for Divine blessings. Shia and many Sunni Muslims also include the Prophet’s family in their Salawat. One common form is: Allahumma salli ala Muhammadin wa aali Muhammad (“O Allah, send Your blessings on Muhammad and his family”).

A Sanskrit term meaning "service". Used in various South Asian religions to refer to selfless service to others. For Ismailis, this reflects the Islamic notion of voluntary giving.

An Arabic term meaning “gratitude” or “thankfulness”. It is one of the most highly esteemed virtues associated with believers in the Holy Qur’an. Variants of the term are found in several languages, including Persian, Turkish, Hindi, and Urdu, such as tashakkur and shukrana.

An Arabic term, also used in other languages, meaning education or teaching. In Shia Ismaili tradition, Ta'lim refers to the guidance of the hereditary Imam-of-the-Time, rooted in divinely-inspired knowledge ('Ilm). 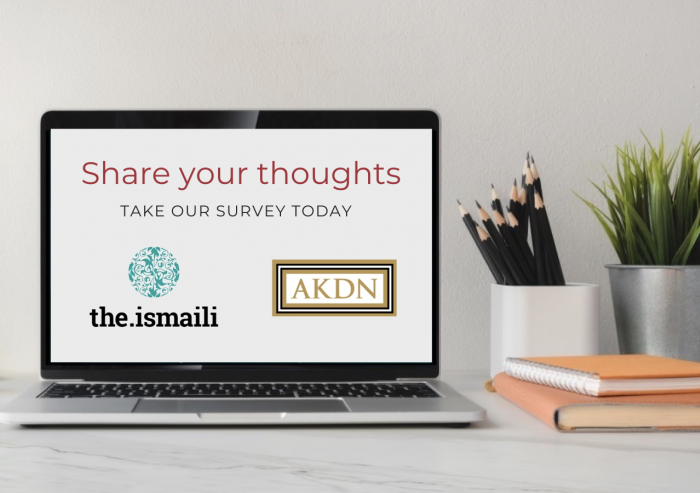 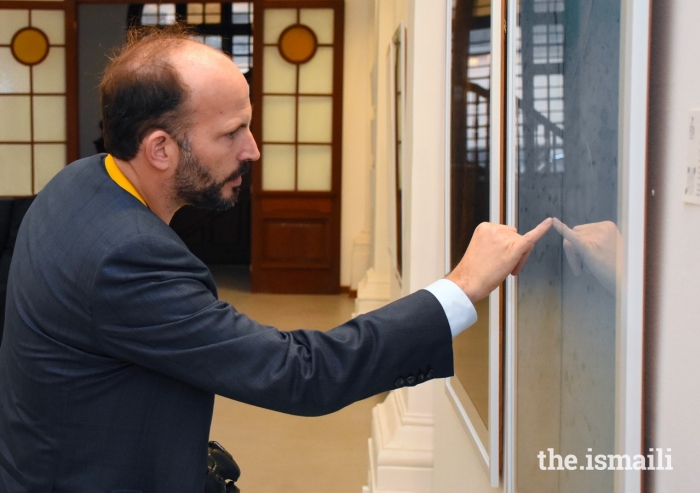