Skip to main content
Home > Getting in shape in the UAE

Getting in shape in the UAE

There is a growing realisation that obesity is becoming a health issue around the world. Naeema Nizari who lives in Dubai shares her thoughts on gaining and losing those extra pounds. 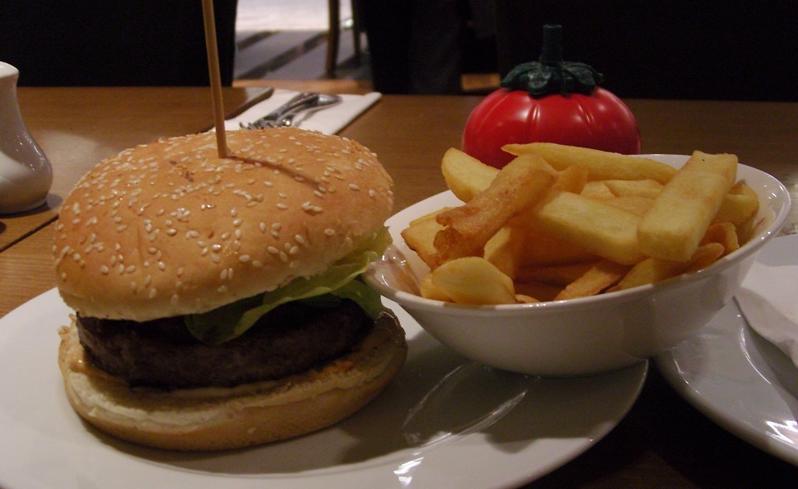 My initial run-in with putting on a few extra pounds was at university. Just like many others in my first year I fell victim to the “freshman 15” – the 10-15 pounds that many first-year students put on during their first semester. This gain is usually attributed to unhealthy eating habits such as consumption of high- fat content foods usually late at night, and not getting enough exercise. In addition, faced with the daunting pressures to "fit in", excel in class and being away from home I turned to food for comfort as many students do and returned home almost 34 kg overweight.

The problem persisted as I embarked on my career. My routine was to roll out of bed and get into the car, drop it off with the valet, take the elevator up to the office and sit at a desk overlooking the Dubai horizon from 9:00am till 7:00pm when the sun set. All the while, I would eat cookies, drink sweetened cups of tea, and consume a large lunch! After work, began the networking part: whether it was with work associates, friends or family, the encounter tends to be over a meal.

There is a growing realisation that obesity, generally defined as an excessive accumulation of energy in the form of body fat, is becoming a health problem around the globe, hence the increasingly popular term "globesity." The World Health Organisation notes that obesity was "once considered a problem only in high income countries," but is now "dramatically on the rise in low- and middle-income countries, particularly in urban settings."

In the UAE, a recent study as reported by AME Info indicated that 17% of UAE children aged between 6 - 16 years were overweight. Furthermore, a startling report in the Gulf News indicated that according to the Ministry of Health around 20% of the population suffers from obesity.Obesity has serious and dramatic implications for increased incidence of diseases such as heart disease, high blood pressure and diabetes, and other diseases. 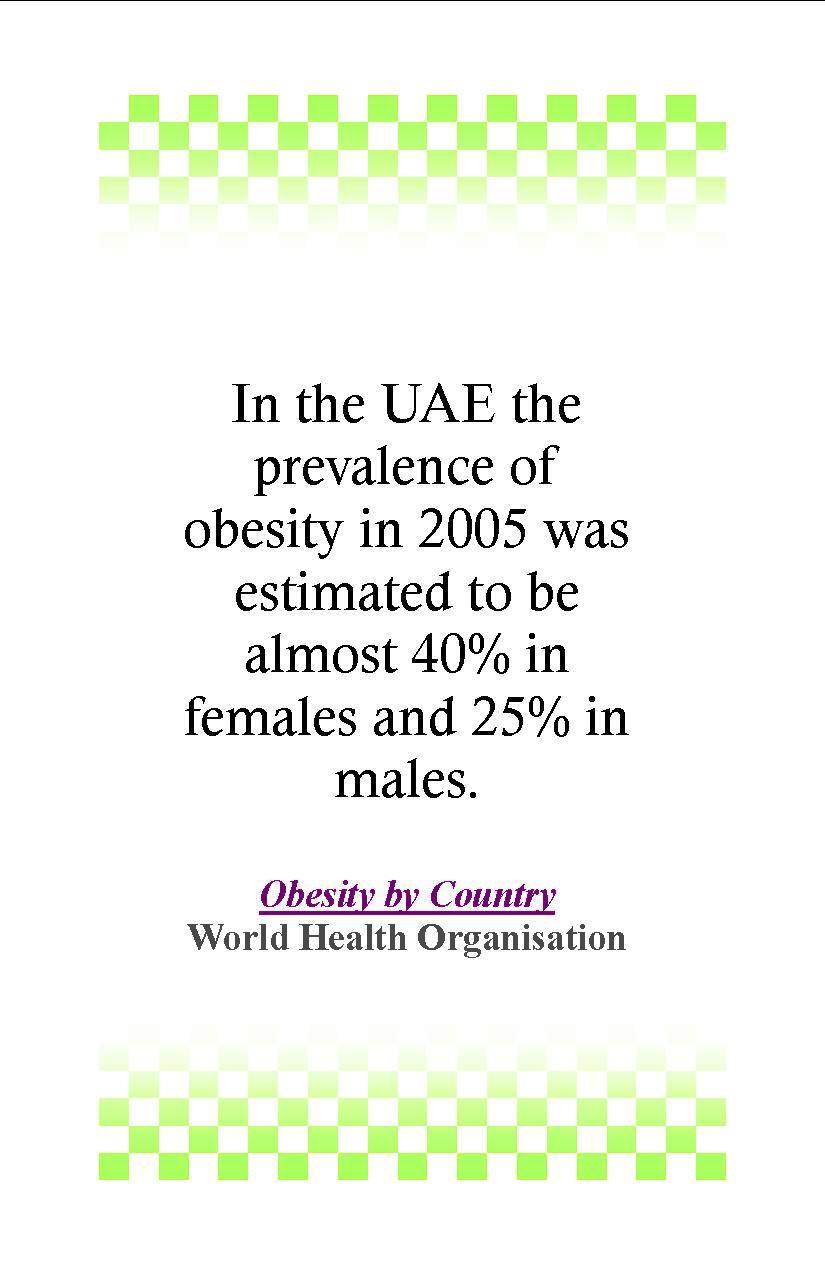 A few years into my career, I decided I could not remain unhealthy for the rest of my life. So I worked hard to drastically reduce weight. I woke up earlier, parked farther, took the stairs, stopped drinking tea, switched from cookies to cereals, and ate a lighter lunch to make space for a more substantial early dinner. This new routine was complemented by workouts at the gym at least three times a week. On weekends I took advantage of the newly installed beach walks. In addition to becoming physically active I became more selective in my food choices and slowly I began to shed the pounds. After a year and a half I finally lost those 34 kg.

For me, the key to losing excess weight was to exercise more. I now eat whatever I want, but in much smaller quantities. I make healthier food choices about my foods limiting my intake of deep-fried options and those with a high-fat content. I read package labels when I shop. I also make it to the gym in the morning to get a workout before going to work. Instead of going out for dinners every night with friends and acquaintances, I sometimes meet them for a run. These small but significant lifestyle changes have made all the difference!

Running path on one of the beaches in Dubai. Courtesy: Karim Halani.