From Bangladesh to Lebanon and Denmark, the 2014-2016 Award for Architecture nominees have  touched the lives of thousands, if not millions of people. These 19 projects were chosen from 348 building concepts in 69 countries, based on meeting the Award’s requirement of focusing on the needs of communities in which they’re built.

The nominees are all being showcased in an exhibit at the District Architecture Center in Washington, DC. An opening reception was held at the District of Architecture (DAC) on September 21, 2017,  organized by the Ismaili Council for the United States of America, in collaboration with the Aga Khan Trust for Culture and the DC chapter of the American Institute of Architects (AIA).

The Award for Architecture, a program of the Aga Khan Development Network (AKDN), has been given every 3 years since 1977,  to architectural ventures that provide for the physical, social or economic needs of a community, and that set new planning and preservation standards.

In his opening address at the reception Shajahan Merchant, President of the Ismaili Council for Northeastern United States, remarked: “The AIA’s core values are to protect our nation’s quality of life and protect the public’s health, safety and welfare. These ideas strengthen our communities and encourage us to be good stewards of the environment and planet, as we look towards building the future.” These values align directly with those of the AKDN.

“They’re all really interesting projects based on ancient that’s been made modern. [The exhibit is] a collection of countries… a compilation of old and new. They’re all creating gathering spaces,” said Mary Fitch, Executive Director of the AIA DC, who  noticed a theme of this fusion throughout the exhibit.

Katie Spencer, Programs Director at the AIA DC, was touched by the impact the projects are having in underserved diverse communities, and spoke about the Award for Architecture, stating “it is for everyone; it serves every country.”

The Embassy of the Kingdom of Morocco’s Head of Public Diplomacy, Larbi R’Miki, commented on how proud he was of the Guelman School of Technology, a nominated structure from his country, saying, “It is a part of the city and not just a simple building. It is both modern and authentic. The outside color and height are very authentic to Morocco but the interior is like [a building in] New York or Washington, DC.”

Also in attendance were Fatima Elabor Ojiaku and Esther Gomo, the First and Second Secretaries, respectively, Economic Trade & Investment, the Embassy of the Federal Republic of Nigeria. As the two discussed the Makoko Floating School in Lagos, Fatima said, “This goes a long way to show how far education goes… to build a school on top of water.” Esther added, “Anything is possible."

Ali Ajalli, a local architect of several buildings in the DC area, was moved by how the projects “define our culture to the West.” He elaborated on the mix of the Eastern and Western styles displayed in the 40 Knots House in Iran by describing the “big Western windows that maintain cultural privacy” by allowing “those inside to have a clear and open view out, but preventing those outside to be able to clearly see in.”

Another visitor of the exhibit, Qahir Dhanani, remarked on how the building schemes adapt to their surroundings. About the Hutong Children’s Library and Art Centre, he said, “In Beijing, the communities are built on top of each other. This library is built around a tree in such a way that it adapts to the urbanization and solves a problem.” When discussing the Friendship Centre in Bangladesh, he noted that the area is prone to flooding so the fact that it was constructed with a water run-off pumping facility was amazing because it “solves a rural problem.”

The exhibition, Design for Diversity: The Aga Khan Award for Architecture, can be viewed at the District Architecture Center, through November 3, 2017.  Admission is free and the exhibition is open to the public. More information is available at aiadc.com/agakhan2017. 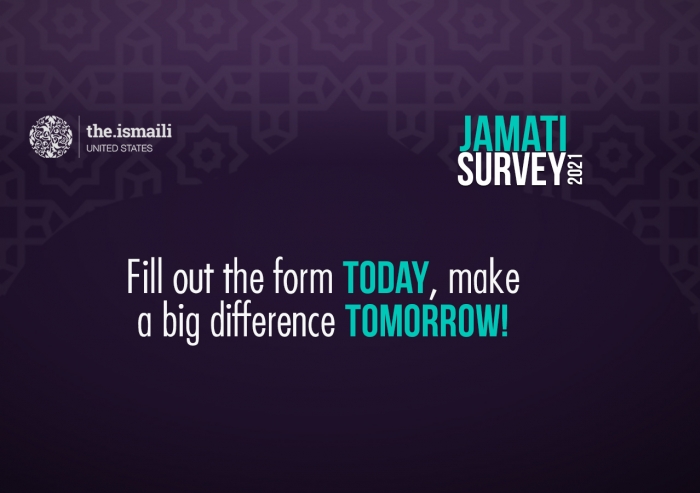 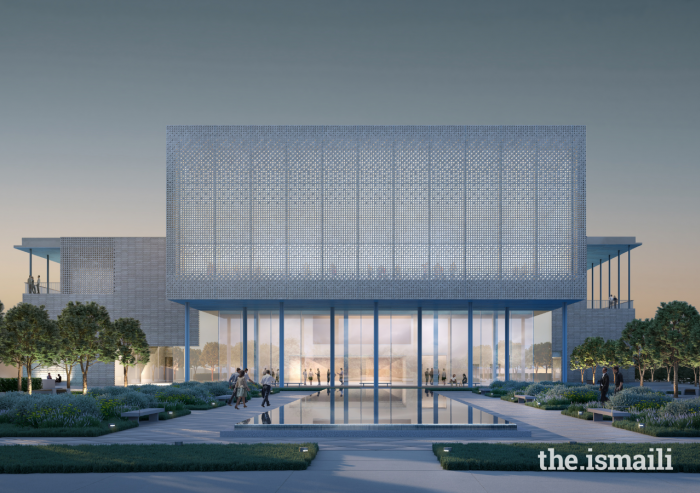