Sakina was concerned. Her two sons, Danyal and Akeel, had a similar routine and were mostly eating food at home. But Danyal was quickly gaining weight, while Akeel was growing at a more healthy pace. One day, Sakina was home from work and she noticed the problem. As soon as Danyal and Akeel came home from school, Akeel went to the kitchen, grabbed some freshly cut cucumbers and sat down on the kitchen table for a healthy and smart snack. Danyal, on the other hand, went straight into the TV room and started munching on snacks that he had in his schoolbag. He polished off a chocolate bar, a can of coke and a bag of potato chips. Danyal had been using his pocket money to buy junk food. No wonder he had been putting on so much weight!

During her next doctor visit, Sakina learned that Danyal was officially obese. As they absorbed the initial shock, the doctor gave a dire warning that if Danyal didn’t change his lifestyle and nutrition, Danyal may end up suffering from diabetes and other illnesses. The good news was that they had caught the issue in time and could take back control of Danyal’s health. 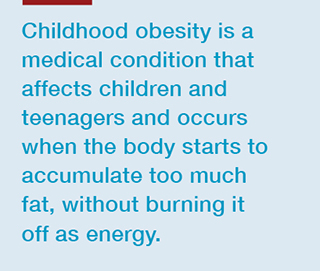 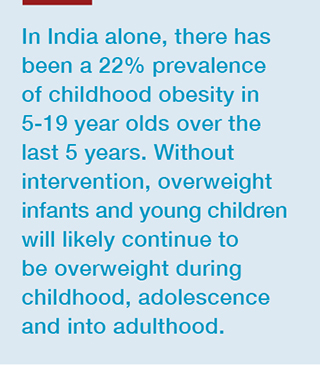 That’s when Sakina and Danyal learned about ‘Little Master Chef’ organized by Aga Khan Health Board (AKHB) for India. Set up over three days, the program invited children between five to eight years and taught them how to make fun snacks while still using healthier food options. Health committee members showed children how to make limbu pani, chana chaat, fruit chat and corn bhel as delicious yet nutritious snacking options. The programme used recipe demonstrations, quizzes, riddles and interactive activities to help children learn about healthy eating and nutrition. The children also prepared salads for display and made posters to share their new knowledge with the Jamat, urging them to adopt healthier eating habits. 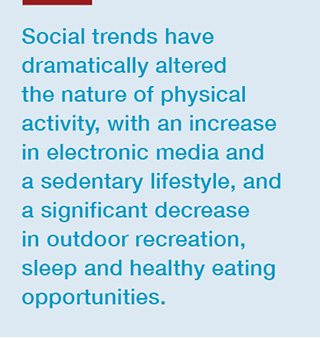 “Childhood lays the foundation for adult behavior,” said Dr. Sulaiman Ladhani, Chairman AKHBI. “Childhood obesity with sedentary lifestyle and poor eating habits, if not corrected early, could lead to lifestyle-related diseases in adults. Little Master Chef was developed to address the growing problem of childhood obesity, with the aim of motivating children, but also leveraging them to influence parents and elders. Children are the primary agents for change.”

“As a parent I found the programme very useful,” said Shamsa Ruhel Mistry from Bangalore, whose seven-year-old son, Raiyan, was a participant in Little Master Chef. “Raiyan was very excited about making his own Bhel and Kosambari Salad. He started asking about the nutritional value of every ingredient. It also motivated him to eat healthier and be aware of what he eats. Since the programme, we regularly discuss portion sizes and nutritional values of each meal.”

For Danyal, this was the exact inspiration he needed. Motivated by the program, Sakina began to implement changes at home. They reduced Daniyal’s intake of junk food and replaced it with fresh fruits and vegetables for snacks. Instead of TV, they started doing more outdoor activities as a family. While there’s still a way to go for Daniyal to see results, the changes Sakina implemented has impacted their entire family.

Healthy Sanck Choices are within reach

Being healthy children – inside and out

A Liberation of Horizons