To mark the commencement of Mawlana Hazar Imam's Diamond Jubilee on 11 July 2017, TheIsmaili Nutrition Centre is pleased to launch "Taste of Culture" - a celebration of our cultural diversity through the joy of food. Travel around the world with us, as we dish out food secrets from the locals themselves. From Dar-es-Salaam to Dallas, discover some of the most notable and mouth-watering local dishes that promise to make you a cultural connoisseur! Our next stop: Texas, USA!

They say everything is bigger in Texas, and the sentiment couldn't be truer of Texan cuisine. Bigger and better is more accurate, as the cuisine derives its richness from heavy Native American, French, German, Spanish, Czech, Italian, Jewish, Mexican, and Southern American influences. Deep in the heart of Texas, you'll find the best beef barbecue in the world, Tex-Mex (a meat- and cheese-heavy version of Mexican food), deep-fried everything, and sweet treats unlike any other. Check out some of these mouth-watering dishes that are staples of Texan cuisine. 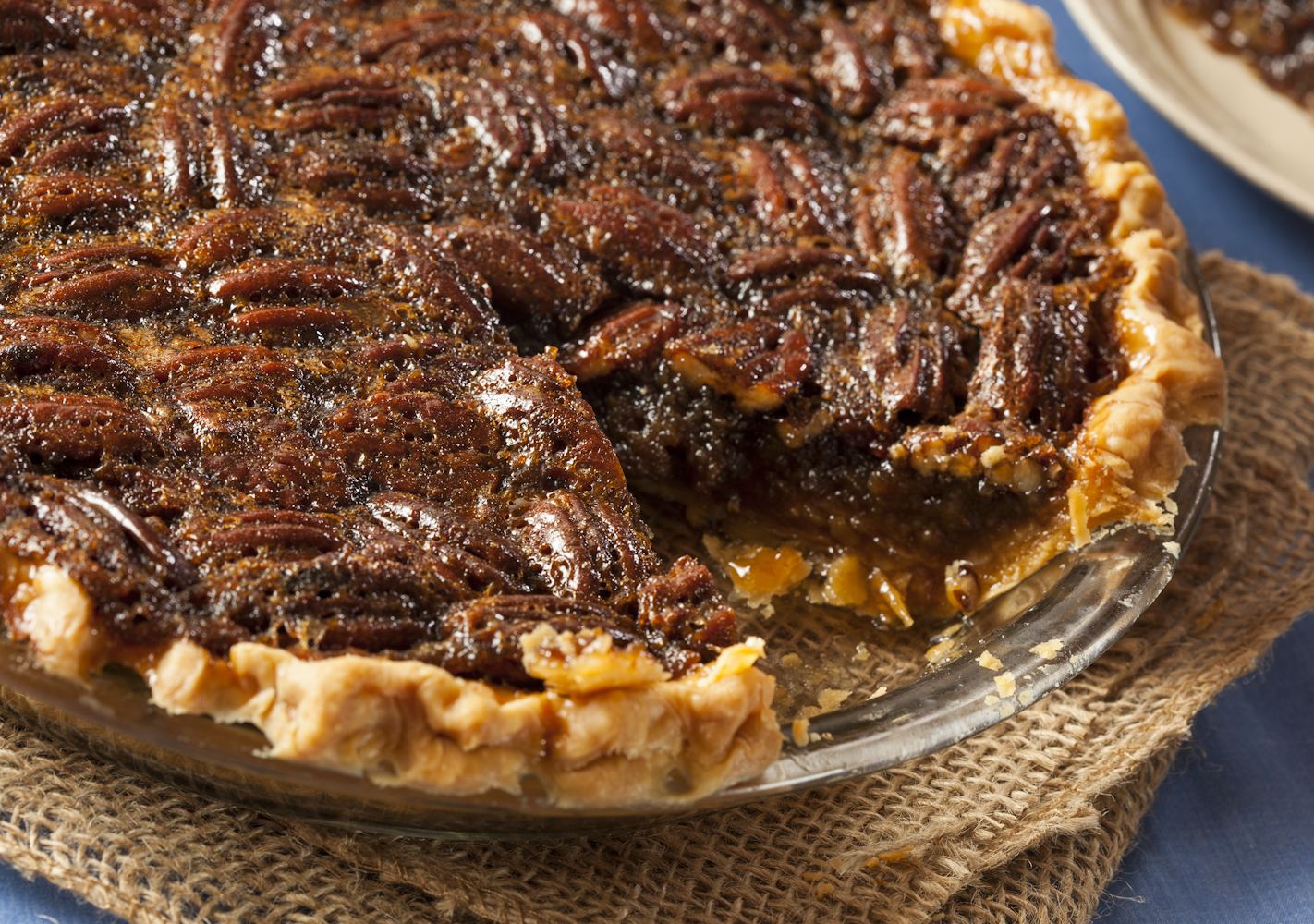 A classic southern delicacy, pecan pie is a popular dessert found on many tables during the holiday season. What makes it so popular? Well, when you mix everything together and let it bake, the pecans rise to the top of the filling, giving it a crisp surface with a gooey sweet custard hidden underneath. Add a flaky crust, and this pastry is a match made in heaven! Sample this dessert plain, with whipped cream, or topped with vanilla ice cream. 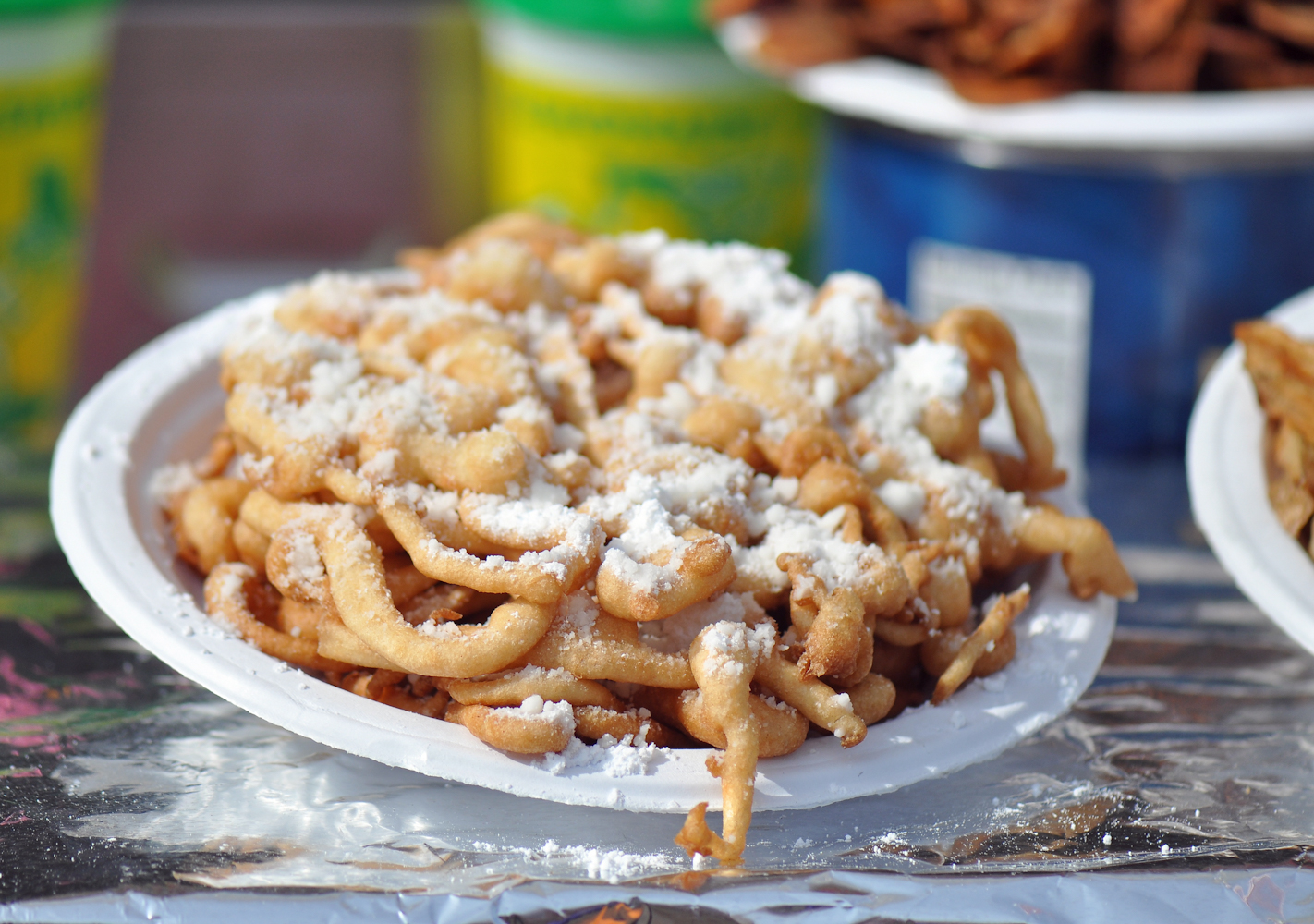 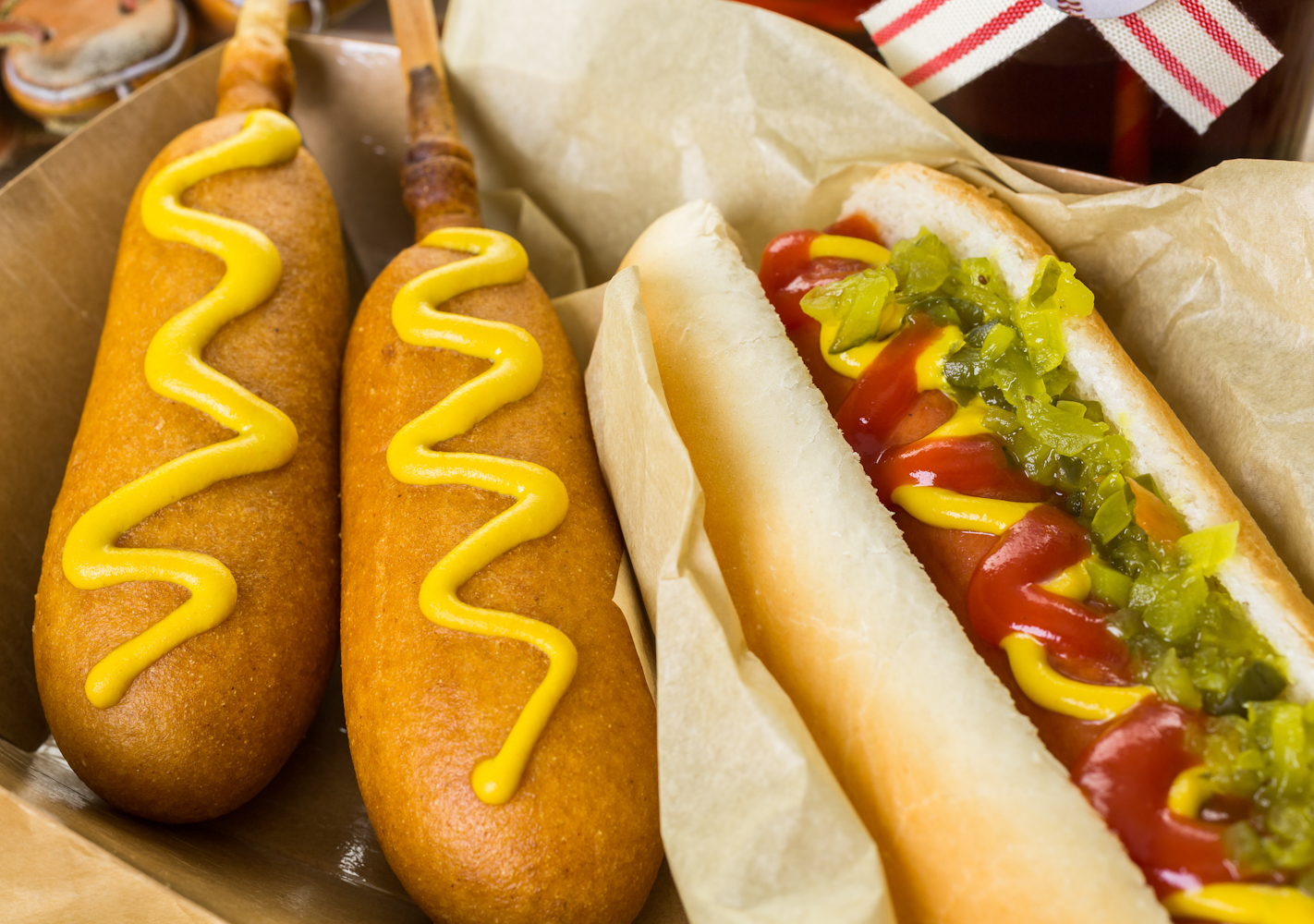 Whether it's a local fair, or a game at a famous sports arena, corn dogs are a staple of the American diet.
arinahabich|

Every year, Texas hosts the longest-running, well known State Fair in Fair Park, Texas, where you can ride the Ferris wheel, see an auto show, play fair games, enter a pie eating contest, and more! But what the Texas State Fair is really known for is the food. Here, among the plethora of concession stands, you can find deep-fried ANYTHING - from funnel cake (a donut-like batter drizzled into hot oil and served warm with powdered sugar) to corn dogs (hot dogs dipped in cornbread batter, then fried), to deep-fried cookies and even deep-fried butter! Keep strolling along the fair grounds to work off the extra calories from these tempting treats!

Juicy barbecued beef in a bun - who can resist?
Bart

Unlike traditional American barbecue found in Midwestern states, Texan barbecue often uses beef. Smoked brisket is the most popular style of Texas barbecue. To make this dish, the meat is marinated with a spice rub, then browned slowly over an indirect heat source from charcoal or wood. The burning wood produces billows of smoke, hence the dish's name. To enhance the meat's smoky flavour, a hardwood, such as oak, pecan, hickory, or mesquite, is sometimes added to the main heat source. Once the meat is ready, it is removed from the smoker and set aside to rest, after which it's sometimes returned to the smoker to create a different dish called burnt ends, often served up on hearty slices of Texas toast bread.

Enchiladas and Fish Taco with Rice and Beans 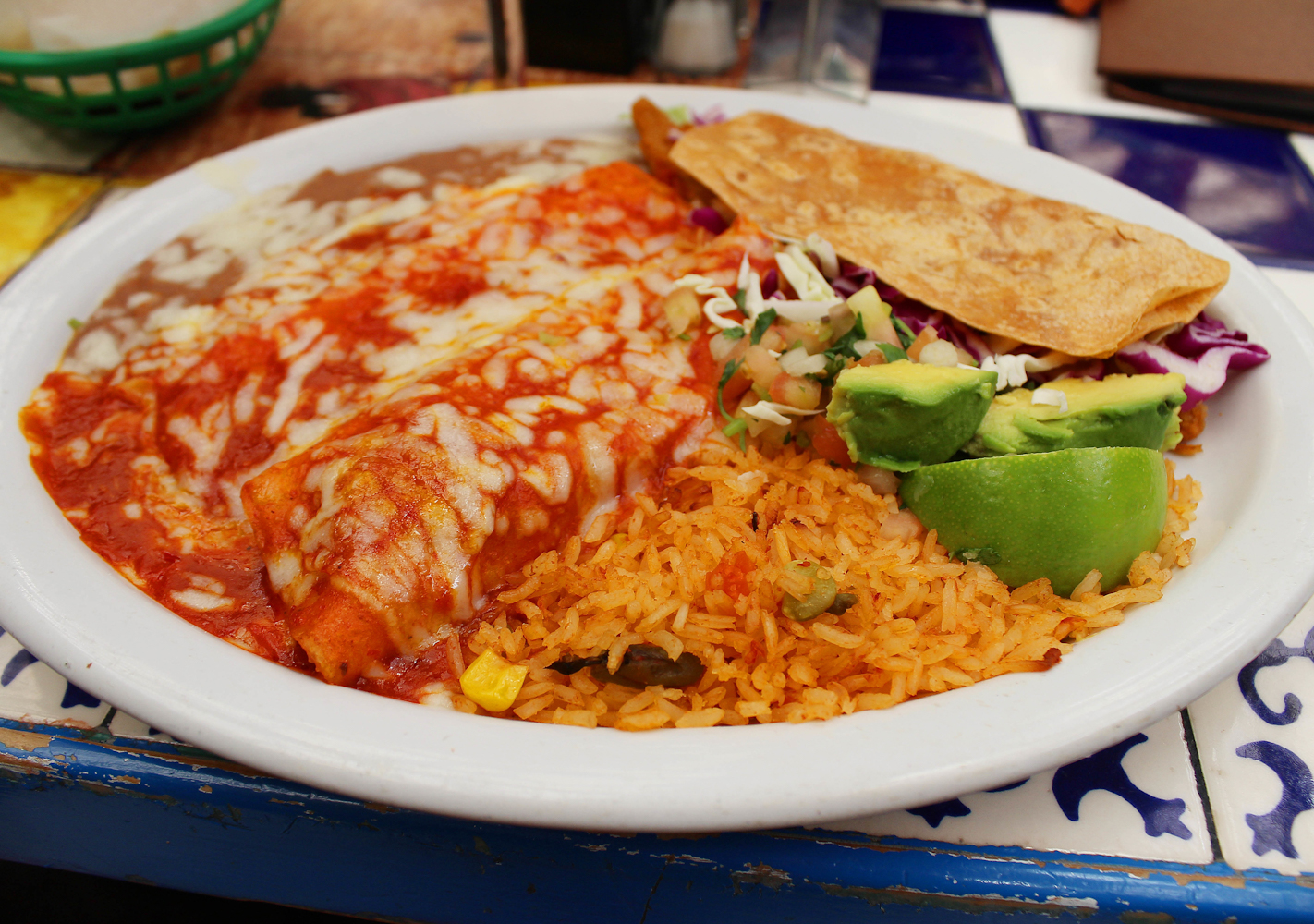 From enchiladas to tostadas, a little bit of Tex in Mex food makes it an all-American meal.
patrickallenreynolds 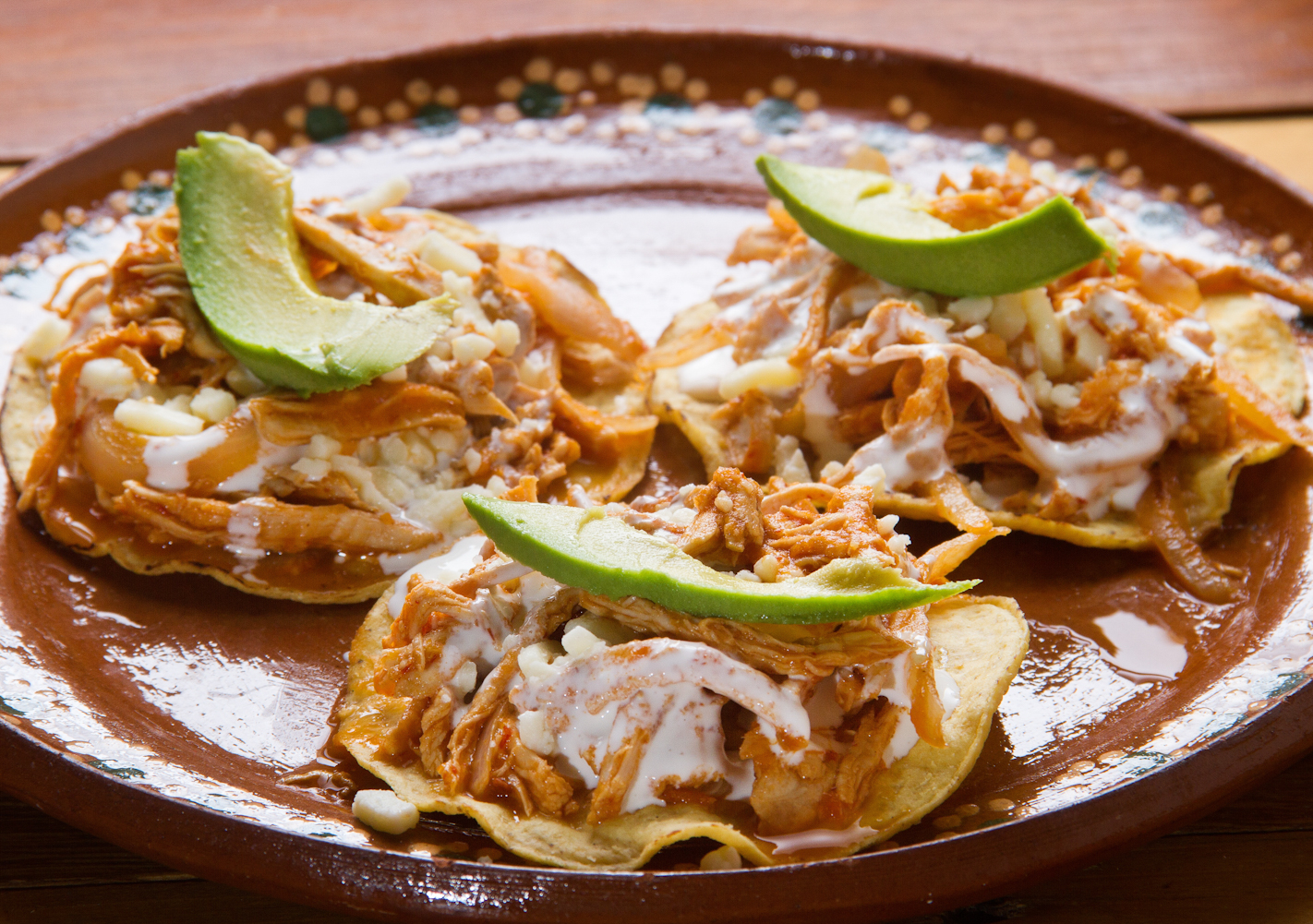 From enchiladas to tostadas, a little bit of Tex in Mex food makes it an all-American meal.
carlosrojas20

Most of what the United States and the world considers Mexican food is in fact Tex-Mex - a Native American-Mexican fusion that requires more meat, cheese, and spices than authentic Mexican foods. True Tex-Mex includes queso (a hot liquid cheese dip), chili con carne (made with beef, vegetables and spices), fajitas (grilled cuts of beef or chicken sautéed with onions and bell peppers and served over warmed tortillas), guacamole, enchiladas, tortilla soup, chimichangas, nachos, Frito-pie, migas (eggs, peppers, and onions scrambled with tortilla chips), huevos rancheros (an egg over refried beans over a tostada, or crunchy tortilla) and more. Pamper your taste buds and try out any of these classic variations! 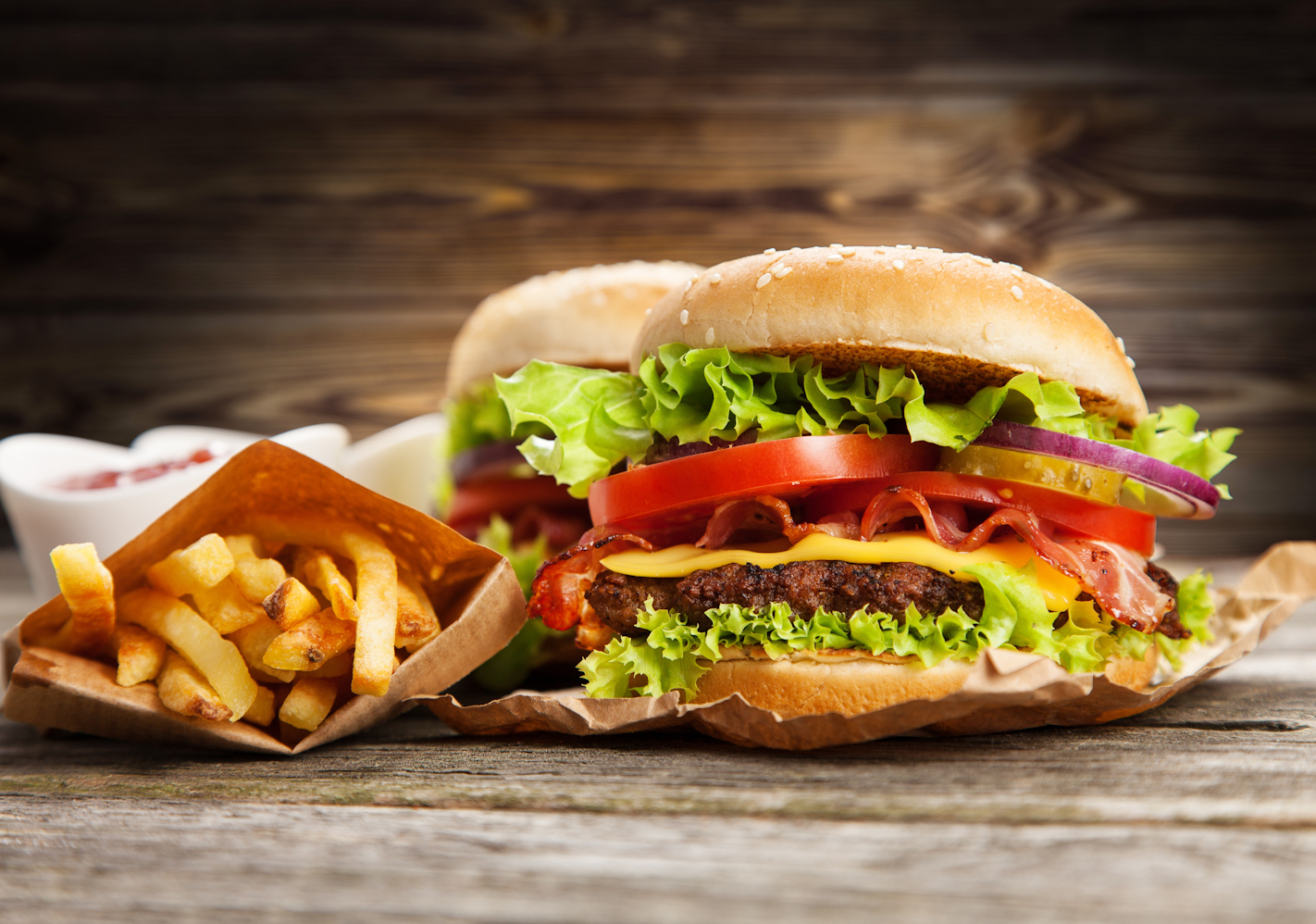 Yes, Texas boasts one of the many origin stories about the great hamburger, now a global menu item. Legend has it that in 1880, a Texan cook by the name of Fletcher Davis (better known as "Old Dave"), invented the hamburger after he had the idea of putting ground beef between two pieces of Texas Toast when a customer was in too much of a hurry to sit down for a meal. The rest, as they say, is history, and now menus all over Texas (and the world!) boast this classic sandwich. The traditional hamburger is served with crisp lettuce, a tomato slice, onions, pickles, and mustard, and can also be topped with cheese to make a cheeseburger. 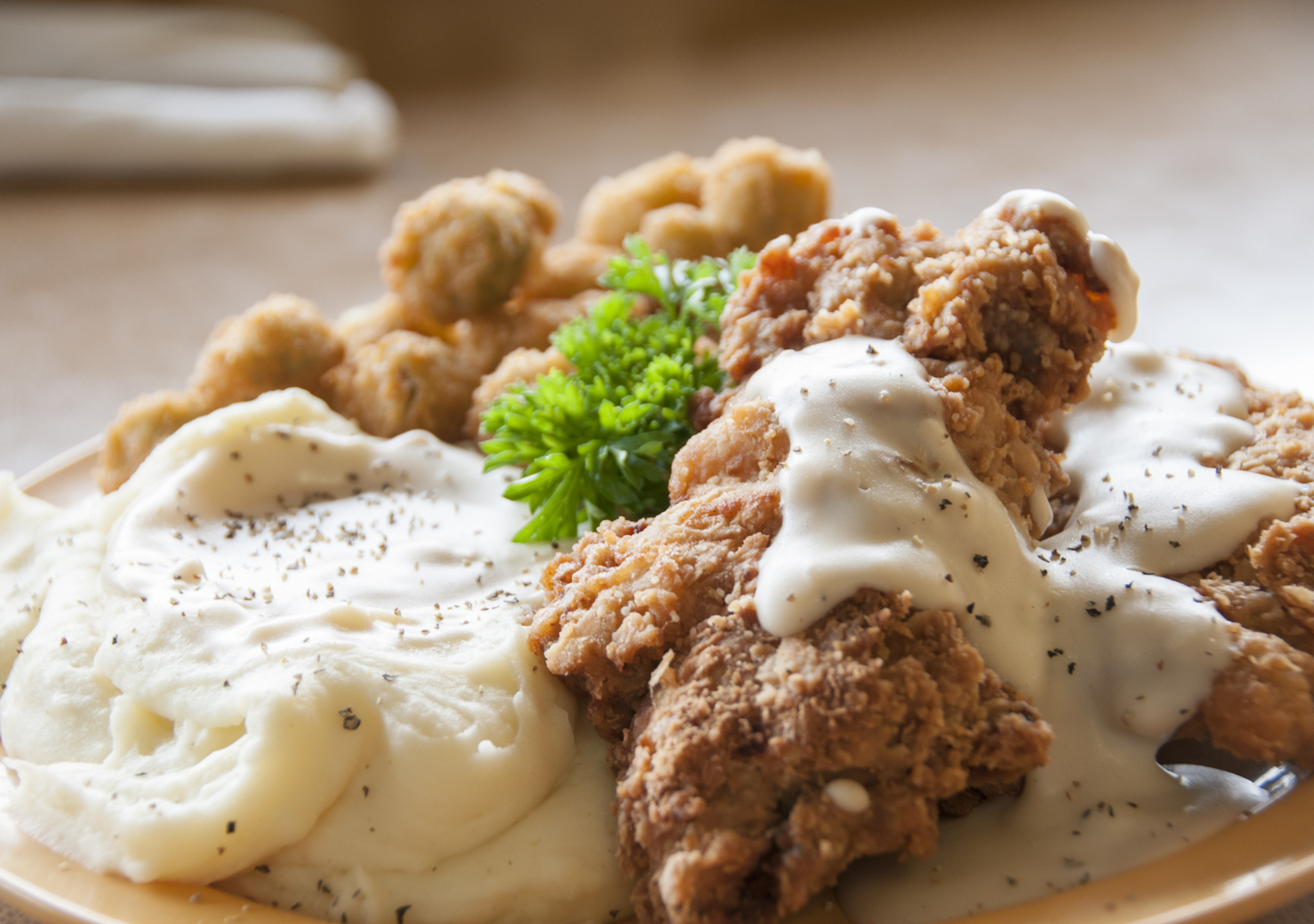 A variation of the German schnitzel, chicken fried steak isn't actually made of chicken but refers to the method of cooking: frying a steak as you would southern chicken by using flour, milk, egg, and breadcrumbs. Usually served with a dollop of white cream gravy and mashed potatoes, chicken fried steak is so popular, you could find it at any small diner across the state. 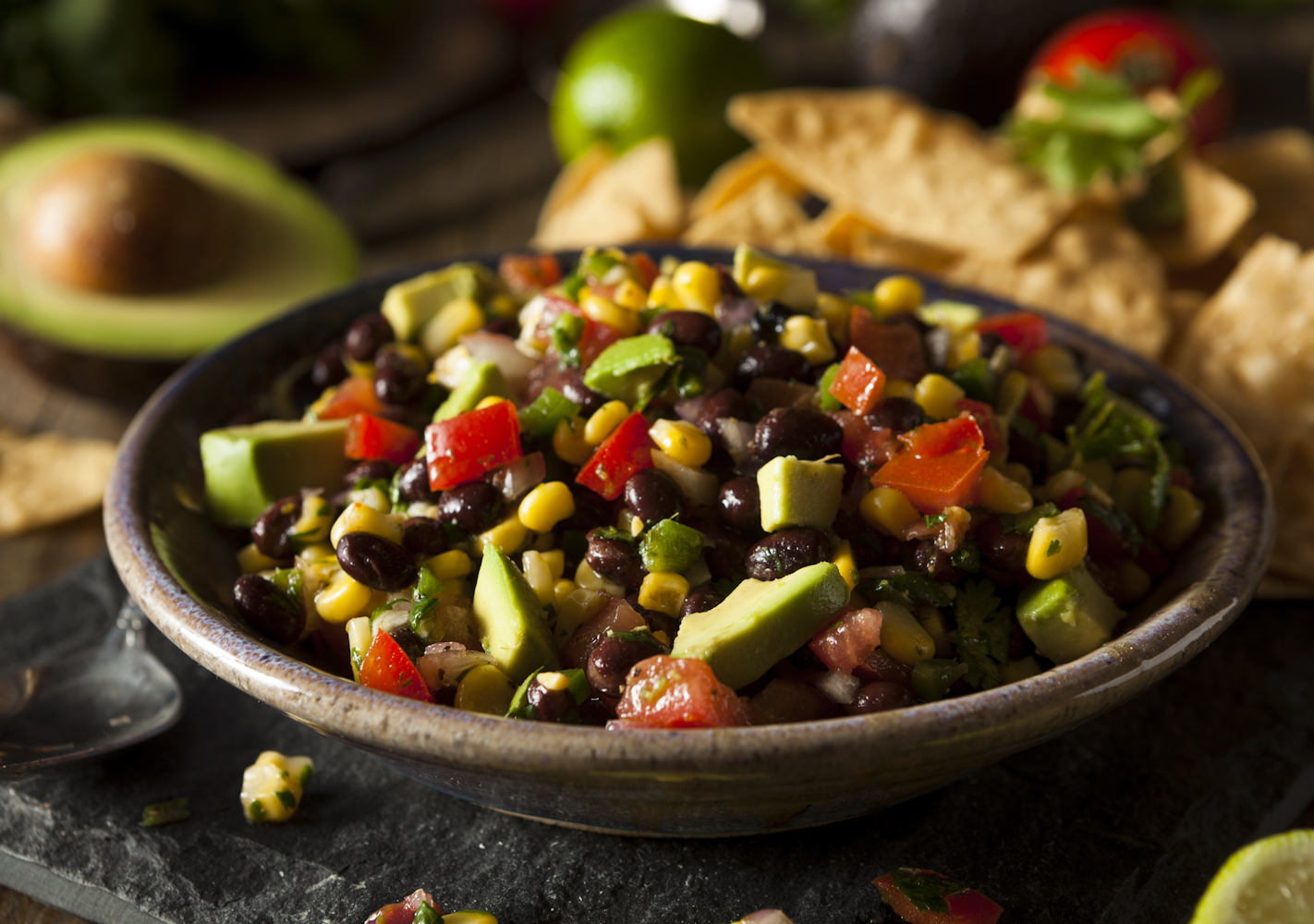 A salad of black-eyed peas and drizzled with vinaigrette-style dressing, Texas caviar is often eaten as a dip accompaniment to tortilla chips. It was created as a humourous comparison to true caviar by Helen Corbitt in 1940. Other ingredients in this salad can include red onions, chili peppers, bell peppers, tomatoes, cilantro, scallions, and garlic. Munch on tortilla chips with this nutrient-packed dip, and you've got yourself a healthy snack. 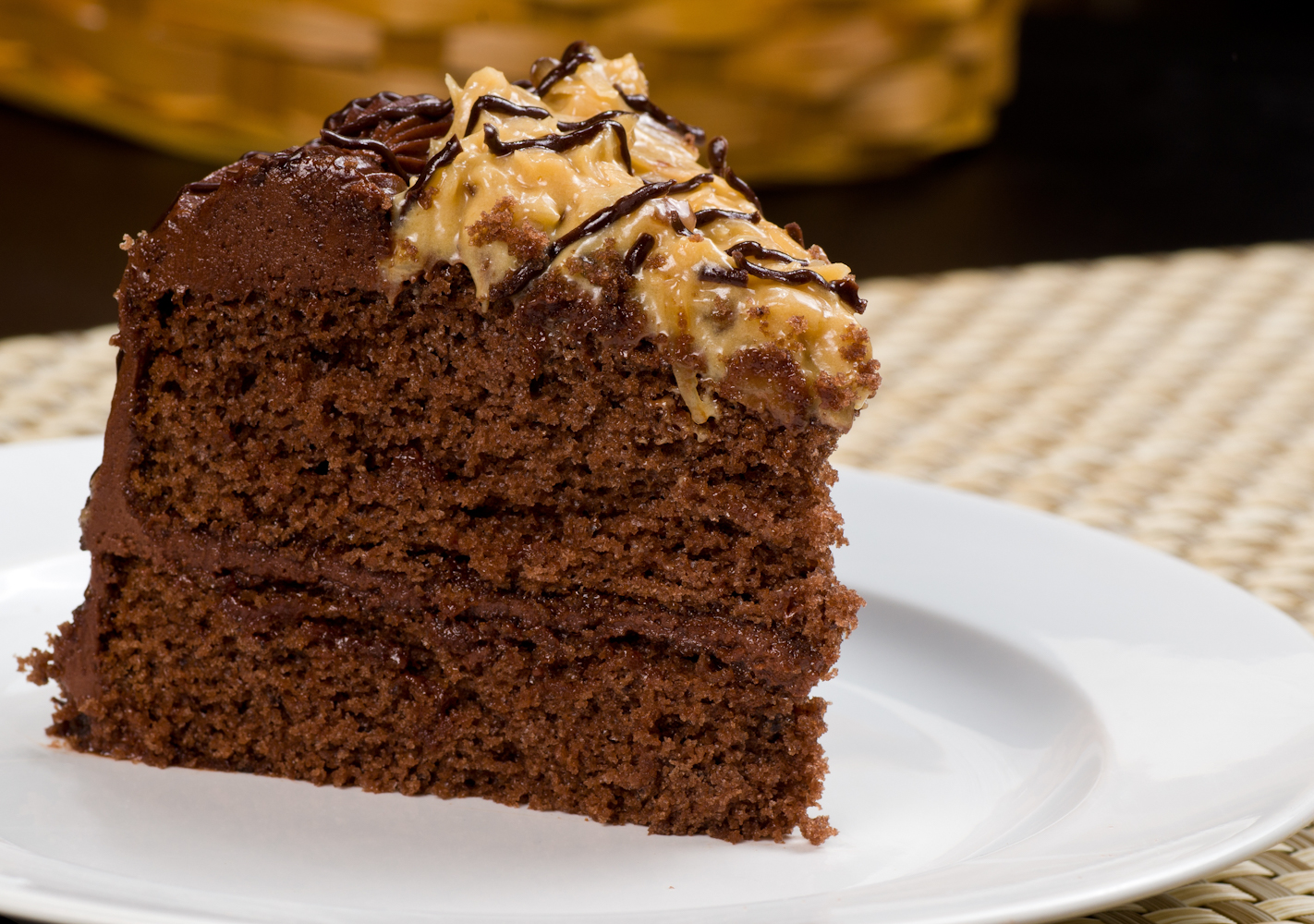 You just can't go wrong with layers of chocolate cake, coconut and pecan. Eat in moderation, and enjoy with a class of milk for nutrition.
Scruggelgreen

Composed of chocolate cake layers and coconut-pecan frosting, this dessert item is rich in flavour and can be enjoyed with a glass of milk. The name German chocolate cake comes from a brand of baker's chocolate invented by American baker, Samuel German, in 1852. The original recipe for the beloved cake was created by a Mrs. George Clay, and was published under "Recipe of the Day" in a 1957 edition of the Dallas Morning News. The company that made the Baker's German Sweet Chocolate she used loved her recipe so much, they distributed it on their labels nationwide. Today, the flavour of this delicacy has been adapted to make other treats such as German chocolate cake brownies, donuts, cookies, and more. 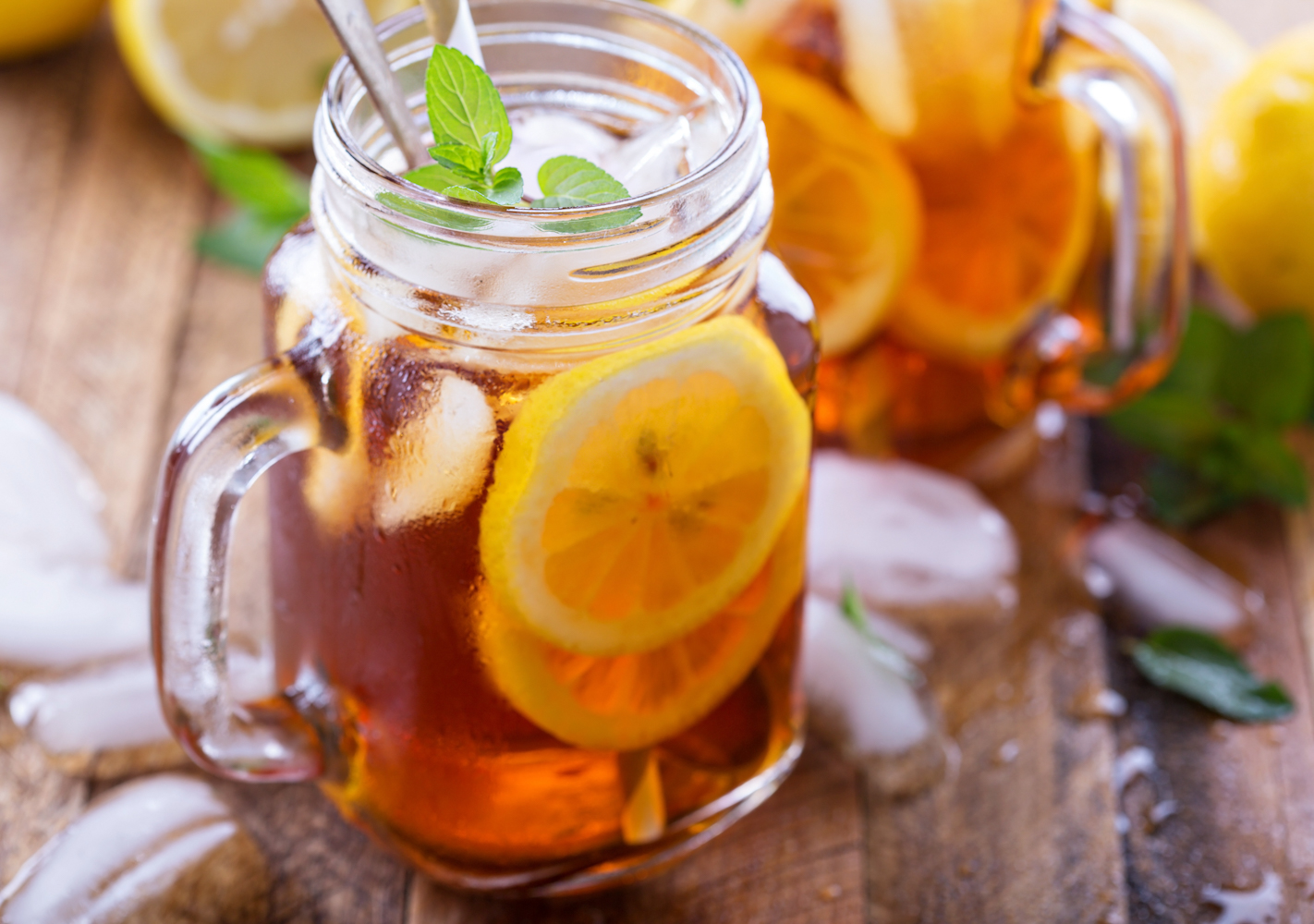 Nothing feels like summer more than a chilled glass of sweet iced tea!
fahrwasser

Now famous all over the country, iced tea has its original roots in Texas. True sweet iced tea has four components: a quality tea, ice, sugar, and a lemon. To make this beverage at home, start by brewing some loose-leaf black tea in filtered water. Fill a pitcher with ice, add a few tablespoons of granulated white sugar, and pour the hot tea through a sieve over the sugar-ice mixture. The heat will melt the ice and dissolve the sugar. Discard the tea leaves, serve with a slice of lemon, and you've got a perfectly refreshing treat for the hot months of summer! 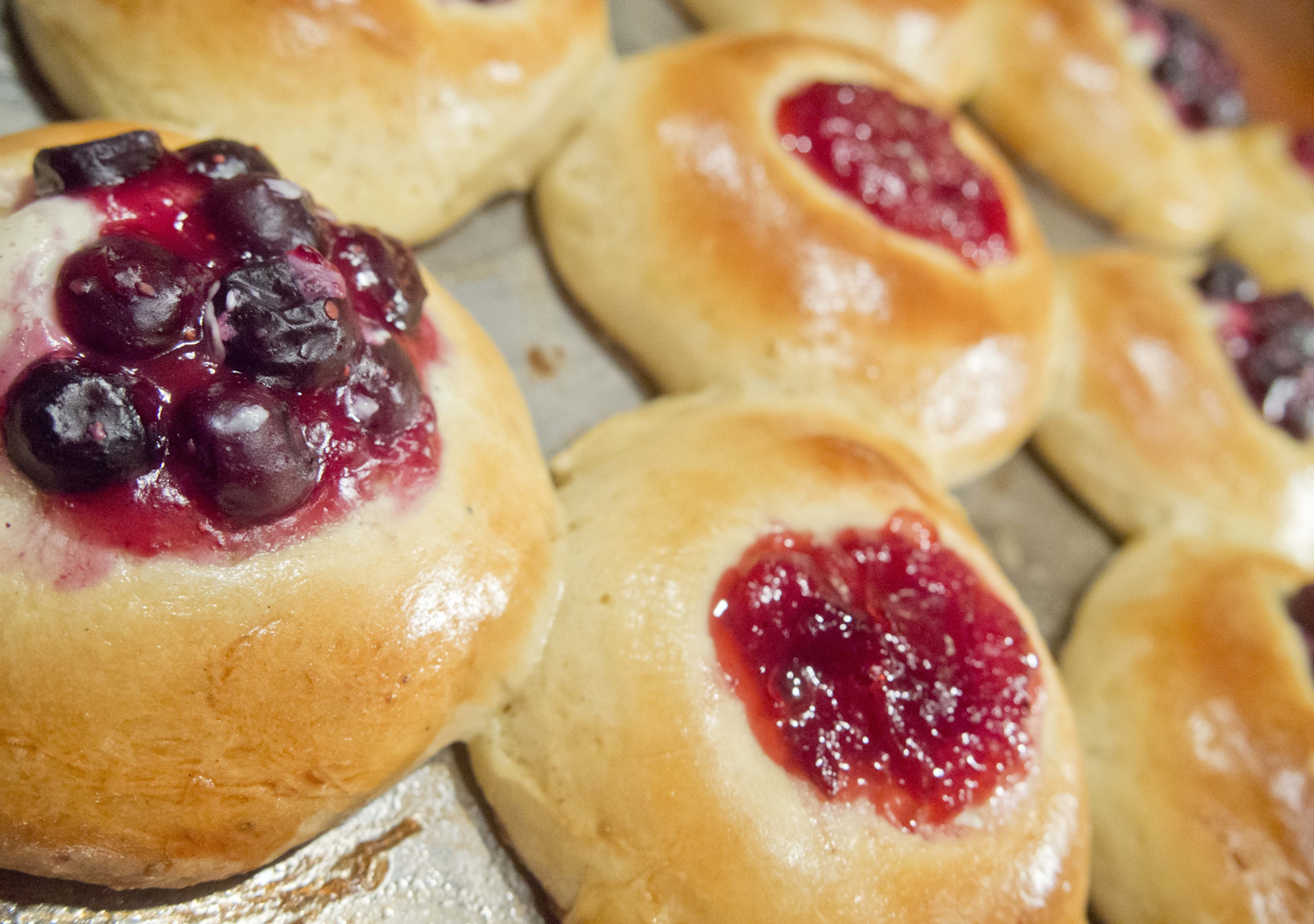 You can't do a proper Texas drive - from Dallas to Houston, San Antonio to Dallas, or Austin to Fort Worth, without driving through West, Texas, where you'll find a "Czech Stop". Often attached to a gas station, these stops boast more than the usual snack fare. Here you'll find a proper Czech deli and bakery, famous for one item over all others: the kolache. A fluffy donut-like pastry that encompasses a jelly or sausage filling, this bakery item gives you a taste of the diversity that is signature of Texan cuisine.

Nabila Juma is a graduate of the Maryland Institute College of Art and The T. Colin Campbell Centre for Nutrition Studies, and is a certified Plant-Based Chef. As Head Designer at Petit Vour, she is committed to sharing the benefits of vibrant plant-based living, and of practicing spirituality through creativity. 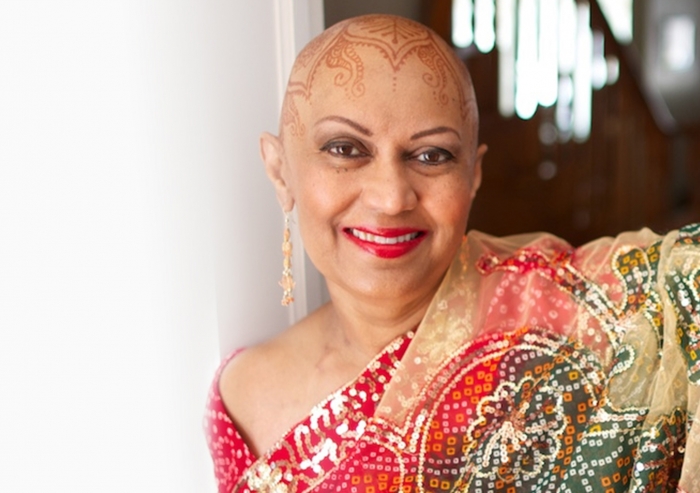 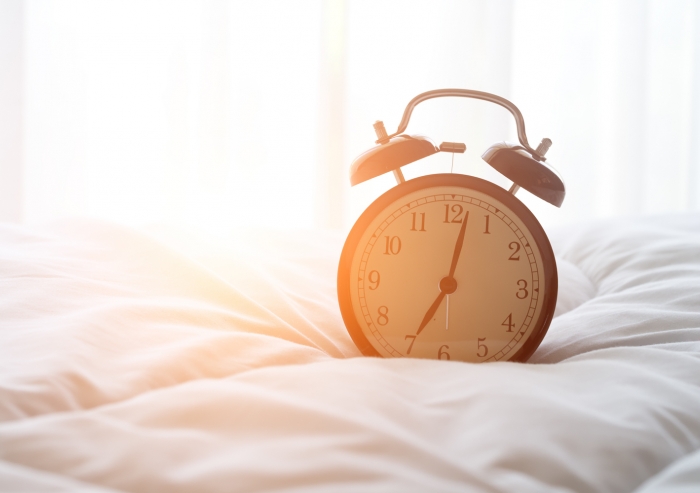