Shebina Amlani, a Health Education Consultant from Toronto, now living in Kuwait writes about breast cancer and how “early detection” can help assuage the effects of this devastating disease in women. Amlani’s experience in this field includes being a Health Promotion Consultant with the Ontario Breast Screening Program (Ontario Cancer Institute and Princess Margaret Hospital) in Toronto, as well as a regular contributor to publications relating family and women’s health. 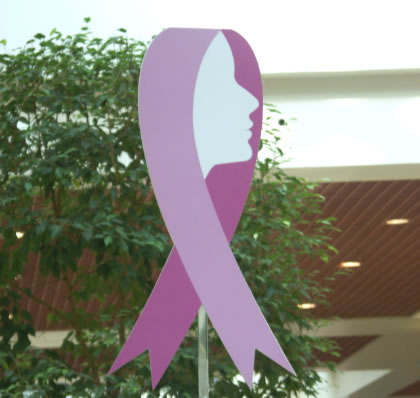 When I arrived in Kuwait in 1999 from Toronto, Canada one of the issues that struck me the most was the need for information regarding women's health - specifically around breast cancer. Culturally, the subject of breast health was taboo unlike in Canada and other Western countries where billboards, television commercials and information brochures in the offices of healthcare provider were the norm.

Today, many countries in the Middle East are working together to heighten awareness and to provide better screening and treatment for breast cancer. Partnerships such as the US-Middle East Partnership for Breast Cancer Awareness and Research have resulted in a collaborative effort to fight breast cancer. These types of partnerships promote broader collaboration in research, shared strategies for raising awareness about the importance of early detection, and approaches to achieve wide distribution of information about treatment options. 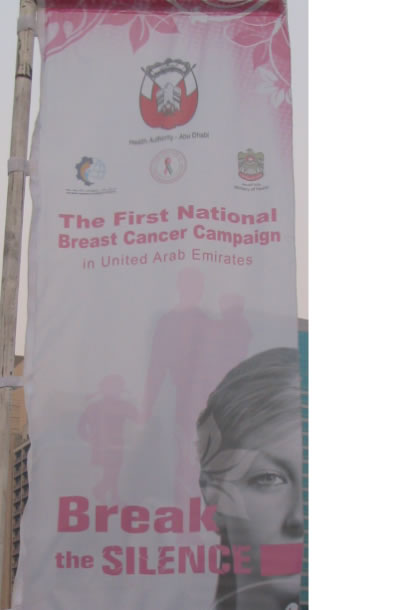 At the launch of this partnership in October 2006, Dr. Ahmed Mubarak Al Mazrouei, director general of the Health Authority Abu Dhabi, noted that as many as 75% of all breast cancer cases in Abu Dhabi were diagnosed and treated at a very late stage, compared to 30% in the US and Europe1. Early detection therefore is vital to survival.

Breast cancer is one of the leading causes of cancer death in women. The month of October is dedicated to breast cancer awareness worldwide because so many women in the prime of their lives continue to suffer and die from this disease. While it is not clear what causes breast cancer it has become evident that the incidence of this disease increases as a woman ages. In addition, women who have a first-degree relative such as a mother, sister or daughter with breast cancer are at greater risk for the same disease. 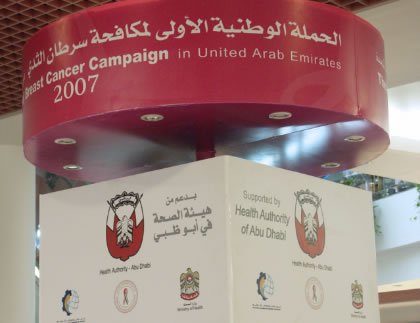 The term “breast cancer” has dire connotations and women tend to be overwhelmed by the mere thought of this disease. However, with knowledge and tools about breast health, these very real fears can be managed. Being active participants in monitoring breast health is an important first step in managing this disease. “Early detection” involves conducting monthly Breast Self Examination (BSE), having an annual clinical breast exam and following the recommended guidelines for mammography specified by age-group. Early detection is the best protection, when the chances of survival are the greatest.

There are many community-led initiatives to raise awareness of breast cancer such as the "pink majlis" which was set up in October 2007 at a medical centre in Abu Dhabi. The majlis, or gathering place, inside Sheikh Khalifa Medical City was shaped liked a tent, in various shades of pink, symbolising the breast cancer awareness campaign. In addition, hospitals in Dubai were offering free mammograms during the months of October and November. 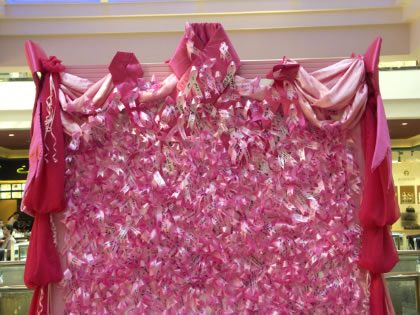 The Health Portfolio of the Ismaili Council for the United Arab Emirates has also planned regional campaigns in Oman, Kuwait and the United Arab Emirates to increase the knowledge on breast cancer among the Jamati members. This campaign will provide a wide range of information on the early detection, treatment options and other related information.