Sunder Nursery, a 90-acre city park situated in the heart of the nation’s capital, incorporates distinct heritage and ecological and botanical zones as part of a wider urban renewal initiative in the Nizamuddin area of Delhi. The complex lies in the vicinity of the shrine of the great sufi saint, Hazrat Nizamuddin Auliya, who lived in the region in the 13th and 14th centuries, and after whom the area takes its name.

As part of a public-private partnership, the Aga Khan Trust for Culture (AKTC) commenced conservation and landscaping works at the site in 2007. Designed by the late landscape architect Professor M. Shaheer, the area has flourished into a park comprising of formal and informal gardens, water features, orchards, pavilions, bird habitats, and a sunken amphitheatre for cultural events and festivals. The Mughal-inspired central areas feature marble fountains and flowing water set amidst geometric flower beds, and raised pathways.

In his remarks at the inauguration ceremony, Mawlana Hazar Imam stated “it is the garden, down through history, that has often symbolised the harmonious interaction of divine blessing and human creativity. This merging of nature’s gifts with human design is an ideal that is deeply embedded, of course, both in Indian culture and in Islamic traditions, with the flow of refreshing water reminding us of the abundance of divine blessing.”

During his speech, Vice-President Venkaiah Naidu acknowledged Mawlana Hazar Imam’s contributions to the Nizamuddin area and beyond.

“The work that has been accomplished so far at Humayun’s Tomb, Nizamuddin Basti, and Sunder Nursery Complex is magnificent and truly very impressive,” Venkaiah Naidu said. “For Nizamuddin Auliya, like many great saints of India; love of God implied the love of humanity. It is quite fitting that this inaugural ceremony is being held in your presence, Your Highness, because you have demonstrated the spirit of love of humanity through your innumerable activities.”

The newly inaugurated Sunder Nursery in Delhi marks the seventh such park undertaken by AKTC, joining a variety of similarly developed and restored green spaces in urban areas of Afghanistan, Canada, Egypt, Mali, Tajikistan, and Zanzibar. These parks have contributed not only aesthetic beauty through gardens and green environs, but also public spaces for leisure, and the potential for socio-economic progress in the local area — in the process providing a springboard for development.

“All of these projects were designed to honour the past — while also serving the future.” said Hazar Imam addressing the audience. “And it is with the future in mind that we now dedicate the Sunder Nursery as one of the world’s great public parks — open to all for recreation, for contemplation, for education, and for inspiration.” 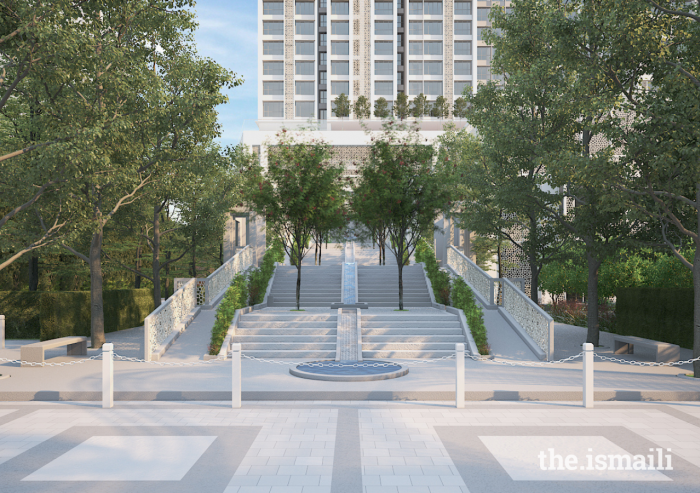