Jubilee weighing ceremonies of the past catalysed the Jamat's upliftment

Why was Mawlana Sultan Mahomed Shah weighed in diamonds?

Jubilees are widely celebrated as milestone anniversaries by monarchs, institutions and even companies around the world. They are known most commonly as occasions when the life and reign of a monarch are commemorated. While the idea of a jubilee is something that goes back to Biblical times, jubilees marked by the British monarchy are the best known today – for example the Diamond Jubilee of Queen Elizabeth II was celebrated multinationally throughout 2012.

Diamond Jubilees are particularly rare and so are of especial interest. One element of the commemoration of Mawlana Sultan Mahomed Shah’s Diamond Jubilee that received particular attention was the weighing ceremony. Most of us will have seen images of Mawlana Sultan Mohamed Shah being weighed in diamonds but perhaps have not clearly understood the significance of the ceremonies of that time.

To celebrate the 60th anniversary of Mawlana Sultan Mahomed Shah’s accession to the Imamat, the Jamat at the time wished to pay homage through a formal weighing ceremony, as had been done during his Golden Jubilee celebrations. Ceremonial weighings, performed on important occasions in the life of a ruler, had been a longstanding tradition of charitable giving in the Indian subcontinent going back generations.

Where does this ceremony come from?

The ceremonial weighing of kings originates in a Hindu charitable custom dating back to the eighth century CE. In the 16th century, it was adopted from the practices of earlier Indian rulers by the Mughal Emperor Akbar and became part of a Mughal tradition called Tuladan. Akbar made great efforts to unite all of India and promote pluralism in his court by encouraging dialogue and appointing senior courtiers based on merit, regardless of faith. Akbar himself took on many of the local cultural and Hindu practices to show his respect for the people he ruled.

The Tuladan was performed twice per year on the solar and lunar birthdays of the monarch, who was weighed on an elaborately decorated scale, in the presence of the entire court, using precious metals, gems, wheat and bounties. From its origins, the ceremony was associated with the duty of the ruler to distribute alms to the poor and alleviate the poverty of his subjects. Later, the Tuladan became a common practice and is still used by some communities to fete their leaders and celebrate important occasions such as anniversaries and birthdays, with good deeds and work that would benefit those in need.

When was the weighing ceremony performed during past jubilees?

During the Imamat of Mawlana Sultan Mohamed Shah, the Jamat celebrated his Golden (1937), Diamond (1946) and Platinum (1954) Jubilees. This was a singular feat until now, when we prepare for the Diamond Jubilee of Mawlana Hazar Imam, only the second in known history.

The East African and South Asian Jamats demonstrated their great happiness, gratitude and unconditional devotion to Mawlana Sultan Mohamed Shah through a ceremony similar to the Tuladan, where the Imam was offered his weight in gold, diamonds, and symbolically, in platinum. In alignment with the essence of Tuladan, Mawlana Sultan Mohamed Shah directed these resources to create important investment trusts, health centres, schools and projects that would transform Ismaili societies across the world.

He explained this in his Memoirs: “An amount equal to the value of the diamonds – more than half a million pounds – had been collected and was offered to me as an unconditional gift. I wanted this enormous amount to be used for the welfare of the Ismaili community throughout what was then undivided India. The specific scheme which I had in mind was a trust, along the lines which Ismailis have built up in Africa... Co-operation in banking and commerce, in the raising and lending of money, in building and in farming, is – I sincerely believe – their path towards economic, social, and cultural upliftment, towards that better life for themselves and for their children...”[ The Memoirs of Aga Khan, p.207]

What were the funds used for?

The Imam accepted the amount gifted by the community in India and returned the proceeds by setting up a fund for their education and social welfare. The fund enabled the establishment of Diamond Jubilee Schools in many rural and urban settings where Ismailis lived, including throughout the remote Northern Areas of what is now Pakistan and in modern-day India. In East Africa, Mawlana Sultan Mahomed Shah created the Diamond Jubilee Investment Trust (now Diamond Trust Bank). The Trust became the impetus for the establishment of new financial institutions for the community in all three East African countries.

How is the spirit of this ceremony relevant as we celebrate the Jubilee today?

During the Silver and Golden Jubilees of Mawlana Hazar Imam, the worldwide Jamat offered the same unconditional gift of love and devotion through Nazrana, but for the Golden Jubilee, the Imam of the Time created another opportunity, more relevant to the needs of the development of the Jamat.

During an address to the Parliament of Canada in February 2014, Mawlana Hazar Imam said, “During my Golden Jubilee – and this is important – six years ago Ismailis from around the world volunteered their gifts, not only of wealth, but most notably of time and knowledge, in support of our work. We established a Time and Knowledge framework, a structured process for engaging an immense pool of expertise involving tens of thousands of volunteers. Many of them traveled to developing countries as part of this outpouring of service…. Their impact has been enormous in helping us to achieve best practice standards in our institutions and programmes.”

The Time and Knowledge Nazrana (TKN), through Hazar Imam’s vision, realises the power of knowledge and capacity building to strengthen our institutions and support programmes in a new way, for the time in which we live. TKN has now become institutionalised and will be available to the Jamat as a way of offering Nazrana during the Diamond Jubilee.

Following in the tradition of previous Jubilees, Mawlana Hazar Imam’s Golden Jubilee provided the impetus for establishing pivotal programmes, such as TKN, and institutions that have had a significant impact in the life and profile of the Jamat and in the quality of life of the communities amongst whom they live. These include major institutions and projects such as the Ismaili Centre Dubai, Ismaili Jamatkhanas in Khorog and Dhaka, the Delegation of the Ismaili Imamat in Canada, Aga Khan Academies in Kampala and Dhaka, the Bujagali Dam Project in Uganda, the First MicroFinance Institution Syria, various restoration projects, and announcements about significant institutional development such as the growth of the Aga Khan University in East Africa. The Golden Jubilee period also saw new agreements and partnerships established with governments and universities.

Today, although we do not perform the Tuladan ceremony in the way of kings in the past, the essence of that unconditional gift of love and devotion to our Imam, continues to have impact on poverty and the development of the community, and the world in which we live. The educational, health, rural development, financial, cultural and economic projects which we today see in the Aga Khan Development Network are the fruits of investments made by Mawlana Hazar Imam in the future of the Jamat. In addition to the Network, Mawlana Hazar Imam has made immense efforts to transform our Jamati institutions to strengthen the religious formation, practice and faith of the Jamat by using the Nazrana offered by the Jamat in material, time and knowledge. 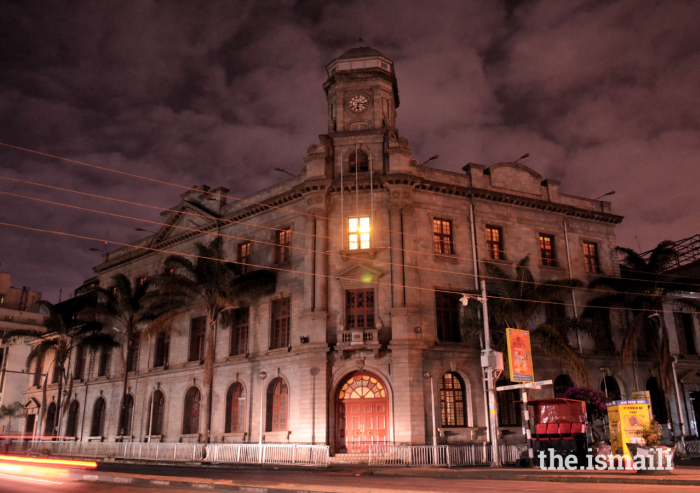 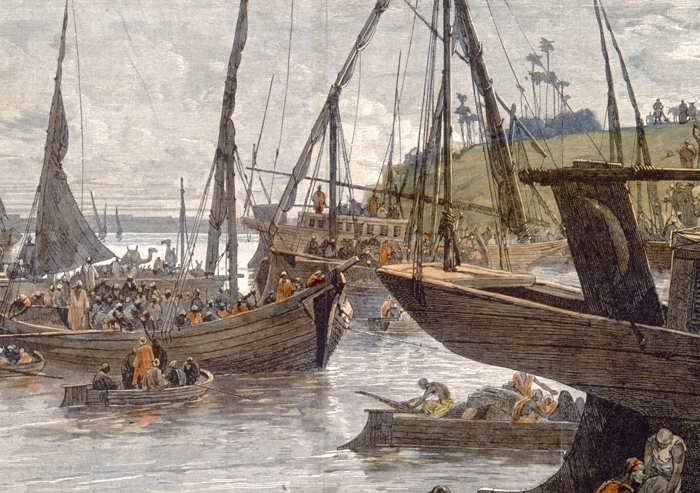