Pakistan’s Diamond Jubilee Sports Festival (DJSF) reached its apex earlier this year with an iconic National Games at the Jinnah Complex in Islamabad. Over 1300 athletes from eight regions competed for medals in 17 different sports, supported by enthusiastic crowds. We take a look back at the iconic event.

Events at the National Games ranged from the ever-popular cricket and football, always fiercely contested at yearly sports festivals held by the Aga Khan Youth and Sports Board (AKYSB), to Taekwondo and Basketball, which were included for the first time in a Jamati Games in Pakistan.

Pakistan has long been a leader in Ismaili sports, capturing 2nd spot in the medals table in last year’s Jubilee Games. The Diamond Jubilee Sports Festival in Pakistan, spread over many months, has also encompassed a marathon, a polo competition and a cycling rally. The central part of the competition has, however, been a nationwide competition in 17 different sports ranging from squash to cricket, culminating in these National Games. The qualifying rounds began at Jamatkhana level and progressed to local and regional level. Overall, nearly 50,000 athletes participated in the DJSF local and regional qualifying competitions, watched by a total of over 160,000 spectators. These National Games featured the best 1300 athletes from all over Pakistan, competing for medals and glory for their regions.

The opening ceremony of the National Games was notable for featuring the first Ismaili Olympian, Ahmed Ali Khan, as torch bearer. A boxer originally from Hunza, Ahmed Ali Khan represented Pakistan at the 2004 Olympics in Athens. The presence of an Ismaili Olympian was an inspiration for the young athletes taking part in the opening ceremony, as was the presence of chief guests Jahangir Khan and Nazir Sabir.

Nazir Sabir, who is an Ismaili, is a brilliant mountaineer. He is the first Pakistani to have climbed Mount Everest and has also climbed four of the five 8000 m peaks in Pakistan, including the world's second highest mountain K2 in 1981.

Jahangir Khan is an iconic Pakistani sportsman, considered the best squash player the world has ever seen. He won the Squash World Open six times and the British Open a record ten times. From 1981 to 1986, he was unbeaten in competitive play. Speaking at the Opening Ceremony of the DJSF National Games, he advised participating athletes that there are no shortcuts to sporting success and that dedication is essential.

There was plenty of new talent also competing at the Games. Pakistan’s all-conquering Jubilee Games team was principally from Karachi but the hard-fought cricket competition saw Lower Chitral and Upper Chitral competing in the final. AKYSB Chairman Shamez Mukhi commented,

“Neither region had previously made any impact at the National level and it was fantastic to see new talent coming to the fore. We saw a similar situation in football, again one of our most popular sports. Ishkoman Puniyal won the gold medal, which was an eye-opener for many people. I look forward to seeing more of this new talent, both at the National and International level."

Discovering and encouraging new talent was something of a theme for DJSF. Taekwondo and swimming were two of the sports introduced for the first time at National level. Shamez Mukhi enthused,

“It has been amazing to see so many young competitors coming forth in the new sports introduced this time. We were unable to field a swimming team at the Jubilee Games as we had no competitors but DJSF has helped us identify swimming talent in the Jamat. Taekwondo has been another revelation, particularly in terms of the large number of young women competing.”

Twenty four men and fifteen women participated in four categories offered in this event. The competition had a feel of an international event with the Pakistan Taekwondo Federation facilitating, providing international standard refereeing and an electronic scoring system, which made it possible to deliver a high quality, electrifying competition. Hunza region took the honors with five gold medals while the Central, Ishkoman Puniyal and Gilgit regions took one gold each.

While the National Games were an opportunity for the Jamat’s elite athletes to shine, inclusiveness has been a major theme of DJSF. The Aga Khan Health Board has collaborated with AKYSB to encourage more Jamati participation in sports at all age levels. All the qualifying rounds included events for seniors and the differently abled  The National Games also featured inclusive events; a walk for seniors and races for the differently abled, facilitated by the Aga Khan Social Welfare Board.

The DJSF National Games were a fitting finale to a sporting festival that has engaged large numbers of Jamati members all over Pakistan. An event of this magnitude would not have been possible without legions of volunteers, from the grass-roots up. AKYSB Chairman Shamez Mukhi was full of praise for all those who made the event possible,

“I would like to thank all the volunteers who made DJSF possible; AKSYB members who arranged competitions from Jamatkhana level onwards, the Aga Khan Health Board for providing medical teams to support our athletes and for helping DJSF promote healthier lifestyles, Aga Khan Social Welfare Board for facilitating the participation of the differently-abled, the communications team for providing coverage, the security team for all their hard work and all the other volunteers who came together across regions and across institutions to make this Diamond Jubilee event a success.”

Mr. Hafiz Sherali, President of the Ismaili National Council for Pakistan, praised how DJSF was an opportunity for Ismailis from all over Pakistan to come together in an atmosphere of cooperation and healthy competition.

“Our beloved Mowlana Hazar Imam has often emphasised the importance of collaborating across diverse backgrounds and cultures. DJSF brought together Jamati members from eight regions and offered a forum for them to engage with each other, exchange ideas, forge friendships and share their various cultures.  It was a Diamond Jubilee event that enabled the sharing of best practices and celebrated diversity and our commonality. The National Council is proud to help young Ismailis in the pursuit of excellence and to create opportunities for collaboration and communication than will build strong connections across the Jamat for years to come.” 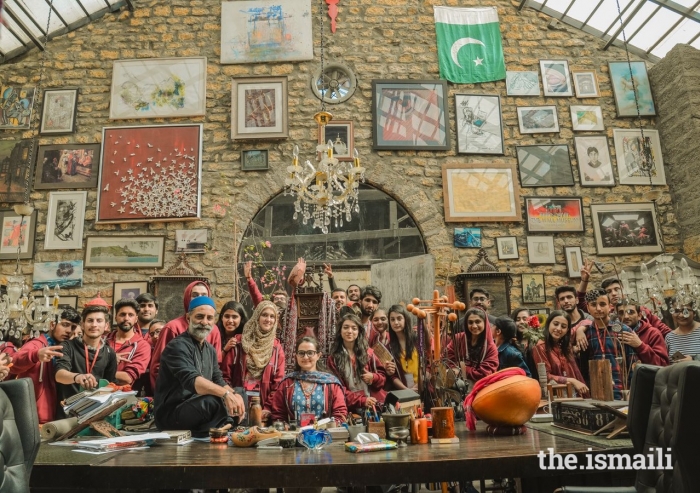 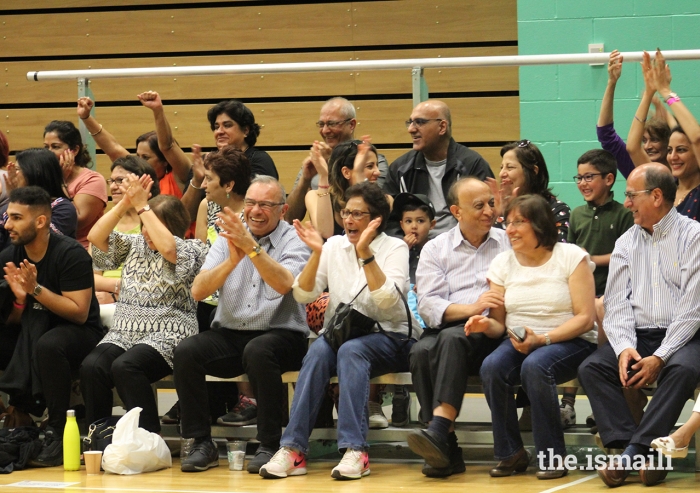 European Jamat comes together to meet, compete, and unite