Skip to main content
The.ismaili > About the Ismaili Centre, Vancouver

About the Ismaili Centre, Vancouver 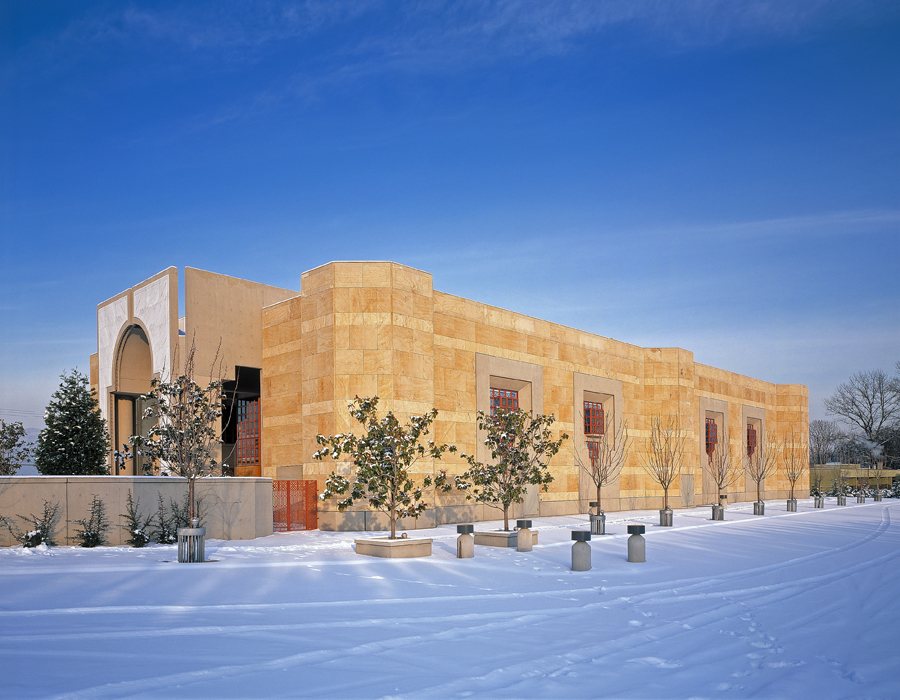 A winter view of the Ismaili Centre, Vancouver from the south-west. Gary Otte

Starting in the 1970s, Ismailis across Canada established religious, cultural and social centres, mainly in rented accommodation in major cities and towns. In many cases, school halls were used as places of worship in the evenings and at weekends. However, in order to meet the permanent needs of the community, more definitive accommodation was sought. The site in Burnaby was acquired in 1979, for it was here that the first Ismaili congregation was established in Canada.

A firm of architects, led by the well-known Vancouver architect Bruno Freschi, was commissioned to prepare the plans for the building. In addition to meeting the religious and social needs of the Ismaili community, the new Ismaili Centre would, at the same time, need to blend harmoniously with the environment.

In July 1982, the Foundation Ceremony was performed by the Lieutenant-Governor of British Columbia, the Honourable Henry Bell-Irving, in the presence of Mawlana Hazar Imam, Mayor Lewarne of Burnaby and other distinguished guests. Three years later, in August 1985, Hazar Imam returned to Canada for the Opening Ceremony of the new Ismaili Centre, Vancouver, which was performed by Prime Minister Brian Mulroney.

Since its opening, the Ismaili Centre, Vancouver has hosted a wide range of events, opening its doors to government officials, prominent academics, leaders of many communities, and the wider public. In March 1999, members of the judiciary gathered with the Ismaili Conciliation and Arbitration Board to better understand the role that the Board can play in dispute resolution. Chief Justice Brian Williams and Attorney General Ujjal Dosanjh attended as guests of honour.

The Centre has also provided a dignified space for the Greater Vancouver Regional District. Between September – December 2002, the mayors and staff of all municipalities in the Lower Mainland held a series of board meetings at the Centre.

On a number of occasions, the Ismaili Centre provided a distinguished venue for the presentation of the Duke of Edinburgh Awards, including the Gold level awards that were presented by His Royal Highness The Duke of York. The events presented award recipients and their families an opportunity to tour the Centre and dialogue with leaders of the Ismaili community.

Most recently, Her Excellency the Right Honourable Michaëlle Jean, Governor General of Canada, led some 200 British Columbian youth in a Truce Dialogue. The Dialogue was part of Canada's expression of the Olympic Truce in the run-up to the Vancouver 2010 Winter Olympic Games. The Ismaili Councils for Canada and British Columbia partnered with VANOC, the Vancouver Organizing Committee for the 2010 Olympic and Paralympic Winter Games, to host the Dialogue session, which took place in the social hall of the Ismaili Centre, before concluding in its courtyard.