As part of a multi-part conversation series hosted by Dr. Amyn Sajoo at the Ismaili Centre Toronto, Dr. Naheed Dosani, a palliative care and family physician at the William Osler Health System and the Inner City Health Associates, discussed life, death and belonging.

In 2018, Dosani was awarded the Governor General of Canada's Meritorious Service Cross for his work as the founder of Palliative Education and Care for the Homeless (PEACH), an outreach service aimed at meeting the palliative care needs of the homeless and vulnerably housed.

“Being homeless is in effect a life sentence,” Dosani said, explaining that homeless people have an average life expectancy of 34 to 47 years, compared to the average Canadian of 77 to 82.

Dosani discovered this issue after a life-altering experience during his residency at the University of Toronto. He was working with inner city populations at a downtown Toronto shelter when he encountered a homeless man in his 30s who had cancer. This individual’s long-standing mental health conditions and substance abuse disorder meant he had no access to treatment. He was self medicating with street drugs to manage his pain.

Dosani made a connection with the homeless man and provided him with a pain management regimen. Within days of their encounter, Dosani discovered the man had died of an overdose.

“This personal and traumatic experience showed me that even if you are dying in this country, if you are living in poverty, have a mental illness or suffer from housing insecurity, there are severe obstacles and barriers to accessing the care you need,” said Dosani.

After working at the shelter, Dosani founded PEACH and became an advocate for palliative care for the homeless.

In front of a highly engaged audience Sajoo and Dosani discussed contemporary topics in bioethics such as the ethics and responsibility to vaccinate and the ethical obligation of organ donation.

They also discussed the importance of planning for the end stages of life and death. Dosani contrasted palliative care with Medical Assistance in Dying (MAID).

“Palliative care in Latin means to cloak or comfort - to put a blanket on when someone is suffering. It is not a place, it is an approach that can be provided in homes and hospitals,” explained Dosani.

Sajoo grounded this contemporary discussion in the context of Islamic bioethics, sharing the story of the great Syrian physician Ibn-al-Nafis. In the 13th century, Nafis discovered pulmonary blood circulation by dissecting cadavers.

This exploration was justified by a “a deeply important concept in Islamic ethics, Maslaha - the Arabic term for the public good,” explained Sajoo, and because of this, no conflict was deemed to have occurred with the Shari’a principle of respecting the integrity of the human body.

Nafis’ work was a positive medical contribution to human welfare and Maslaha remains a vital principle in the interpretation of Islamic law, especially in the field of bioethics.

Dr. Amyn Sajoo is Scholar-in-Residence at Simon Fraser University where he lectures in human rights, global politics and religion. His current research focuses on the ethics of citizenship and public religion.

Since 2018, Sajoo has been curating the Ismaili Centre Conversation Series in Vancouver and Toronto. 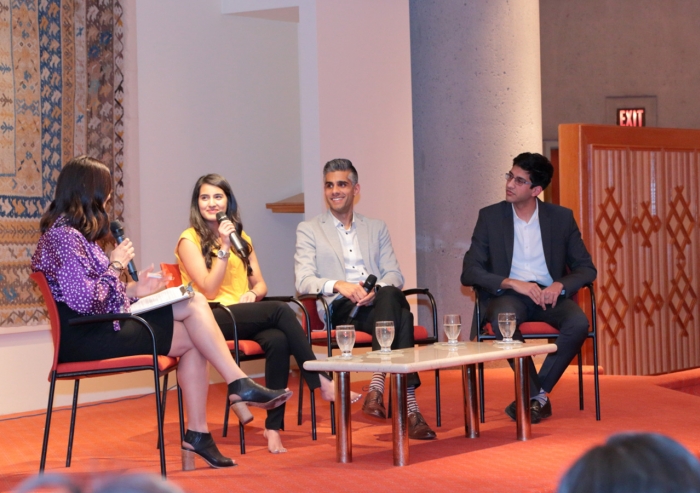 Film highlights impact of Islamophobia on youth in Canada

Edmonton’s Sportsfest North brings athletes of all ages together