Skip to main content
The.ismaili > CAB > The Aga Khan Conciliation and Arbitration Board for USA Engages with Fellow Peacemakers During Restoring Community Day
Previous Pause Next

The Aga Khan Conciliation and Arbitration Board for United States of America Engages with Fellow Peacemakers During Restoring Community Day at Ismaili Jamatkhana Plano.

In the time of Prophet Muhammad (SAS), a dispute arose when four tribes each wanted the honor of placing the Black Stone inside the Holy Ka’ba. So the Prophet found a resolution: He asked each tribe to choose a leader, placed the stone on a sheet, and had each leader carry one corner of the sheet and raise the stone together.

Peacefully resolving disputes through consultation has been a central part of Islam since its beginning. Today, in the Ismaili Muslim community, that ethos of consultation and collaboration informs the work of the Aga Khan Conciliation and Arbitration Board (CAB).

Founded by Mawlana Hazar Imam in 1986, CAB mediates disputes involving at least one Ismaili. The disputes range from marital and family issues to conflicts between multinational commercial and business ventures. By finding their own resolutions using CAB’s mediation process, individuals often arrive at resolutions that cost less, do less damage, and are more sustainable than going to court.

Perhaps lesser known is the outreach and service that CAB undertakes beyond the Jamat. There are extensive local, national and international networks devoted to mediation and dispute resolution, such as the Association for Conflict Resolution (ACR) and the National Association for Community Mediation. CAB mediators are active participants in these networks, presenting research and studies as well as engaging with other communities to share best practices.

One example of this engagement took place at the Ismaili Jamatkhana in Plano, Texas, in October 2017. CAB hosted the ACR Community Mediation and Restorative Practices Section’s full-day meeting at Plano Jamatkhana. The event was called “Restoring Community Day” and marked the first day of ACR’s international conference in Dallas, during which CAB additionally presented a 90-minute workshop on professionalism in volunteering.

Eighty-five people attended Restoring Community Day, almost all of them from outside the Ismaili community. They included Dallas County Judge Clay Jenkins, who is the chief administrative official of the ninth-most populous county in the United States.

Attendees heard about the dispute resolution program in Oklahoma, which was created by state law in 1986—the same year that Mawlana Hazar Imam began CAB. Phil Johnson, the Oklahoma state director for alternative dispute resolution, presented an overview of the program.

In Oklahoma, residents can go before volunteer mediators who have been trained and certified by a court administrator. Each side pays little to no fee for these mediations, which typically last a few hours and are held all over the state in courtrooms, libraries, or any other public meeting rooms.

Members of CAB presented highlights of their work, which similarly uses volunteer mediators. CAB mediators are appointed to three year terms and are required to complete a global, standardized 40-hour training program at the start of the term. The mediators also receive more than 20-hours of continuing education during each of the second and third years of the term.

A unique aspect of CAB’S mediations is that there is no preset time limit. This generosity of time allows individuals not only to resolve their dispute but also to work on healing from it, so that they can begin to move forward in life. CAB endeavors to “bandage wounds” from the trauma of conflict. That is, CAB aims not just to arrive at a solution to a problem, but to identify root cases underlying problems and find ways to begin healing from them.

Also presenting at the event was Dr. Lois Edmund, a mediator and professor at the University of Manitoba in Winnipeg, Canada. Dr. Edmund spoke about “restorative practices” and led participants through a case study from the perspectives of both the victim and the offender.

After the event, Dr. Edmund described Ismaili efforts to promote dispute resolution as “very much like what we’re doing.”

“I have experienced your community to be very hospitable and welcoming and generous,” she said.

Judge Kamran Jivani, who volunteers as a national board member for CAB, commented that events like Restoring Community Day let people from different perspectives approach their work from a “vulnerable, honest place,” and consider how they might do that work differently.

“Invariably, we find information and techniques we can adopt, and similarly find ourselves offering our best practices to our fellow peacemakers,” Judge Jivani said. 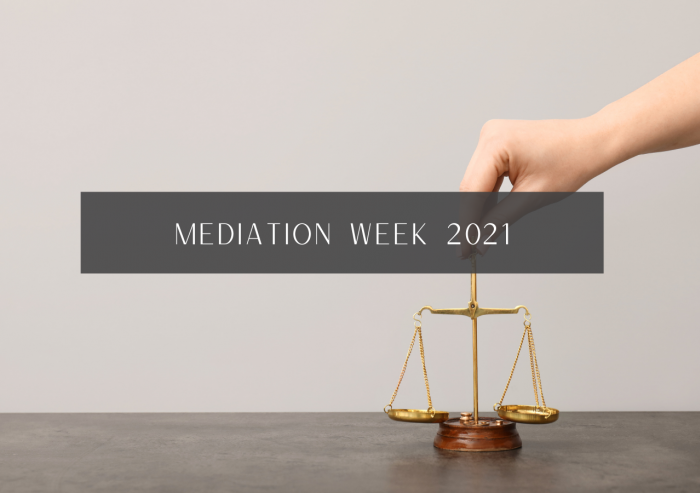 The Conciliation and Arbitration Boards transcend the pandemic