Architecture of the Ismaili Centre, Lisbon

The design brief called for a centre which would draw upon traditional design approaches from Muslim civilizations yet avoid transplanting any idiom particular to a specific locale in its entirety. Significant emphasis was placed upon technological innovation and on construction that would be appropriate to the area. The architects' response was influenced by the morphology of traditional spatial arrangements, by the notion of Islamic gardens and by the patterns in architecture that have served different Muslim societies. 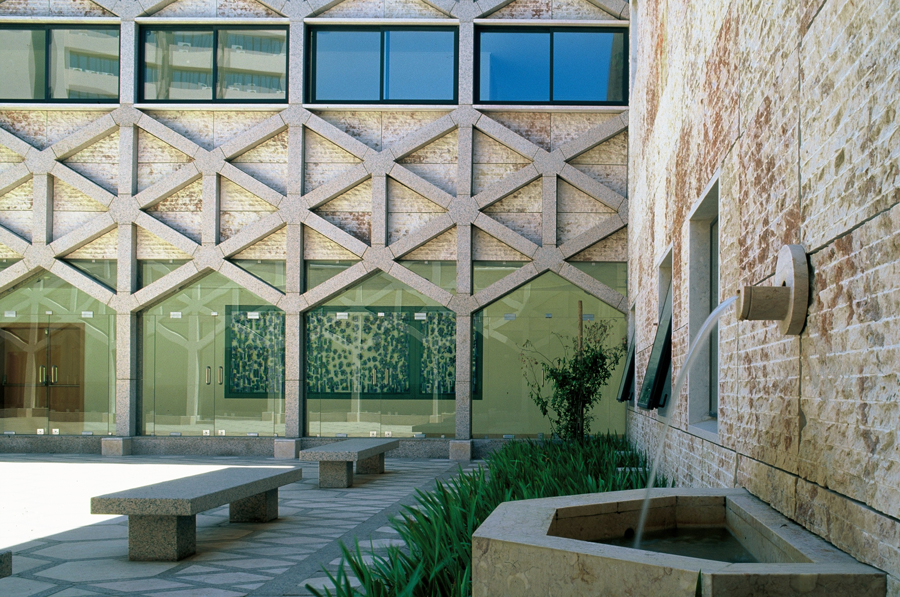 The Ismaili Centre would have to represent a harmonious encounter between the historic legacies of cultures amidst which Ismaili Muslims have lived, and the needs and circumstances of contemporary society. Materials and techniques indigenous to the Iberian Peninsula were applied to concepts drawn from a variety of Islamic traditions, Asian, African and European, using advanced building technology. The objective was the creation of a complex of spaces and buildings whose cultural and social dimensions would complement each other as well as functional, educational facilities and institutional offices, whilst also providing reflective space for the Ismail community's own use. 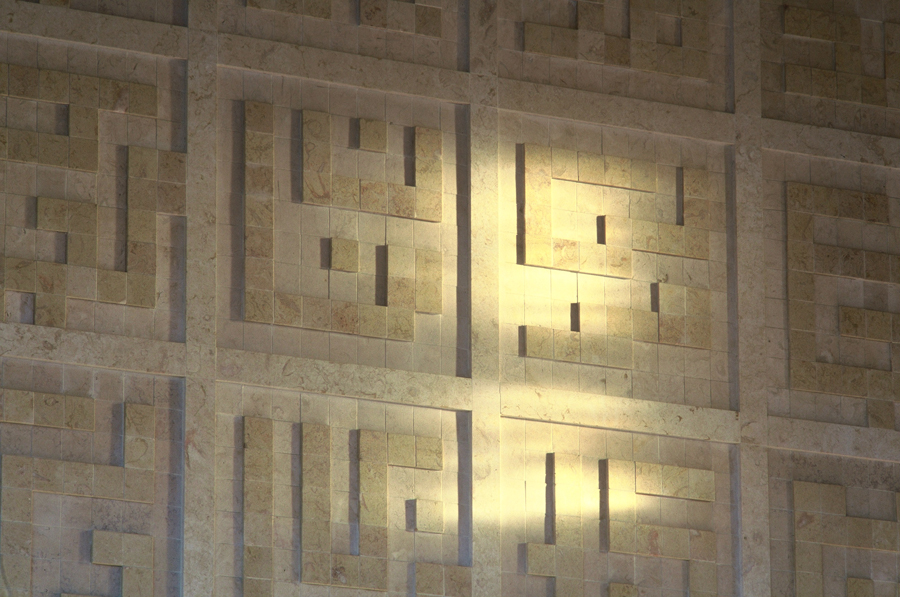 Islamic architecture embodies a strength that derives from the very diversity of the Islamic world. The creativity of those who have built for societies in which Muslims live has reflected, over the ages, a variety of cultural, ethnic, linguistic and intellectual traditions, as well as climatic variances and a range of physical environments. Transcending the features of time, topography and technology, are concepts such as the serenity of form, the resonance of traditions with natural forces and the comprehensive outlook on life that is so central to the Islamic message. Architecture and space in Islam have always recognised the need for an equilibrium between man and his environment.

Nature, within and around built space, establishes harmony and continuity between the interior and the exterior. External areas, landscaped in distinctive configurations, nevertheless converge into unique homogeneity. Grading and plant borders protect inner area without circumscribing it. Fragrance and fruition subtly determine centripetal pathways from the pedestrian entrances. Courtyards and gardens defining the buildings help create a privacy of place and tranquillity of spirit within the complex. Together, they recall traditions which recognise, amidst greenery and gently flowing water, a promise of the sights, sounds, textures, scents and tastes of paradise. 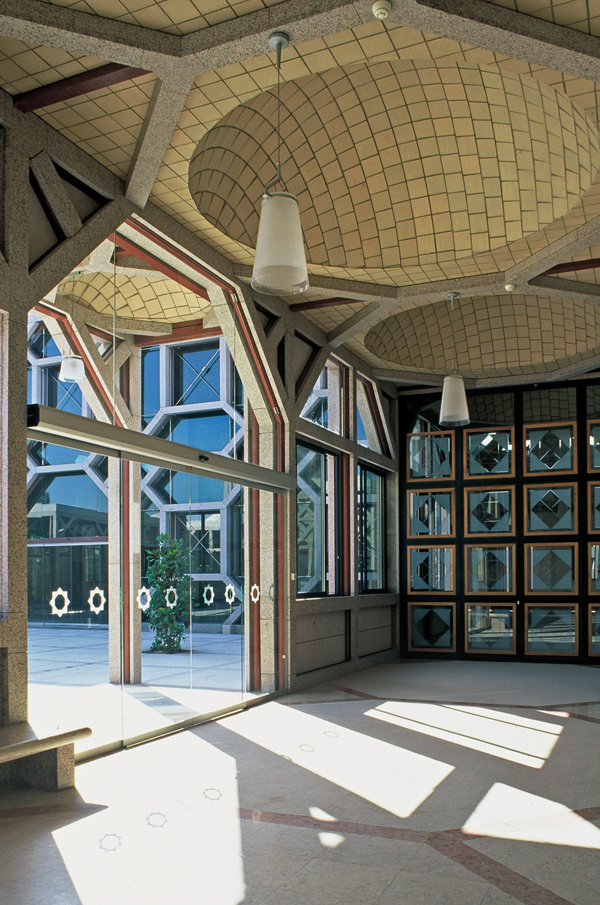 A creative encounter between light, structure and geometry. Gary Otte

Whilst balance between the outdoor enclosures and the indoor volumes is provided by the geometric sequences of transitional spaces, this inter-relationship between interior and exterior space is also conveyed by the stone and steel latticework which is an innovative structural adaptation of the jaalis inspired by Islamic monuments as diverse as Fatehpur Sikri in Agra, India and the Alhambra in Granada, Spain. The harmony of the whole extends to even the most delicate design elements. Form and order liberate rather than confine the single basic theme of the hand-painted tiles that unify the different functional areas around each courtyard.

An original decorative pattern, drawing on the Moorish influence which still characterises the craft in Portugal to this day, metamorphoses in colour and intricacy as it is repeated along the lower walls of various parts of the complex. Islamic inspiration in design, in ceramic tile, stone lattice, vaulted ceiling and woven carpet represents a rare combination of the mathematician's acuity and the artisan's skill. A geometric fusion of gardens and courtyards as well as buildings embodying in hewn stone surfaces, polished tile and delicately balanced cupolas, an unusual multi-cultural and multi-functional complex, constitutes the architectural concept of the Ismaili Centre.

For Indian architect Raj Rewal, himself from a non-Muslim tradition, the diversity of architecture across the Muslim world and the building traditions of the Iberian Peninsula contributed to his understanding of composing space. Recognising that architecture of the Islamic world is not monolithic, he has sought and found inspiration from Persian garden designs, from the Alhambra, the Mughal splendour of Fatehpur Sikri and the Monastery of Jeronimos in Lisbon itself. Working with Portuguese architect Frederico Valsassina and his associates, Rewal has assimilated these varied influences, merged the resulting distinctive architecture with Portuguese urban values and applied to it innovative construction technologies.